Under normal circumstances, the Bahamas Aquatics Federation would have been preparing to send a team to Bridgetown, Barbados for the 2021 CARIFTA Aquatics Championships, but in the latest update from officials in Barbados on Saturday past, there is no telling when that event will happen, as the region is still battling the COVID-19 pandemic.

There was no CARIFTA last year, due to the presence of COVID-19 and the meet has already been postponed from its original date over the Easter holiday weekend this year. Due to a spike in cases in Barbados in January, the host country placed restrictions on events in early February and organizers were forced to postpone the meet. It has been two weeks since the host venue, the Barbados Aquatic Center, reopened after closing on January 6.

In the latest communication sent out by the president of the Barbados Aquatic Sports Association (BASA), Lady Cheryl Forde, it was stated that an update will be given on May 1 on the status of the championships and a possible cancellation.

“With the level of uncertainty that surrounds the hosting of CARIFTA, I beg your indulgence if you would allow us to make a decision by May 1 as to the feasibility of hosting CARIFTA 2021. If we should receive clearance before May 1, I will definitely inform you immediately. If at that time there is no clear indication that conditions will allow us to proceed, it may become necessary to cancel the event,” the statement read.

Guardian Sports spoke to president of Bahamas Aquatics Algernon Cargill, who said the federation understands the dilemma that the BASA has in hosting the event during these times.

“We understand completely why Barbados has again not confirmed a date for CARIFTA,” Cargill said. “Safety is paramount and we would not want to put the athletes and officials in any position to compromise their health. We also understand all of the increased requirements to travel to Barbados. To attend CARIFTA now, we have to quarantine in Barbados for three days and all of the COVID testing required significantly increases the cost of attending CARIFTA Aquatics in 2021.”

Other factors that determine when the championships can be hosted include the dates for the Caribbean Examination Council (CXC), the Bahamas Junior Certificate (BJC) and Bahamas General Certificate of Secondary Education (BGCSE) examinations. There is no set date for the BJC and BGCSE exams this year, but they are expected to be held later than the usual April to late June date. The CXC exams has been set for June 14 to July 16. The BASA has looked at staging the meet in the second half of the year but with school set to resume in September, Lady Forde said it would be difficult to get the athletes prepared for a meet, and to attend that meet during the school term.

Cargill said that there is a possibility that Bahamas Aquatics may not send a team if a date is not confirmed in short order.

“The Bahamas could make a decision that we will not be participating in CARIFTA because we have our own national championships to prepare for, and if Barbados is postponed to late summer, it is going to conflict with other international meets on the calendar. We hear about a date in September and it will not be possible for us in The Bahamas because school starts and we would never compromise academics for swimming,” Cargill stated.

He added that the swimmers are disappointed but the parents understand health and safety comes first.

The Bahamas has won the last three CARIFTA Swimming Championships and five of the last six editions. As important as it is to defend their title, Cargill is willing to forego the championships so as not to compromise the health and safety of team members and officials.

Be that as it may, Bahamas Aquatics is preparing to send athletes off to the UANA (Amateur Swimming Union of the Americas) Qualifiers to be held in Clermont, Florida from April 29 to May 2, 2021. The Bahamas Aquatics Federation’s National Swimming Championships is scheduled for June 24-27 at the Betty Kelly-Kenning National Swim Complex and is a qualifier for the 2020 Tokyo Summer Olympic Games.

The CARIFTA Track and Field Championships was also set to be held this weekend, April 3-5, but has been postponed twice – initially to July 2-4, and now to August 13-15 at the Bermuda National Sports Centre in Hamilton, Bermuda. The 2020 edition of that event was also canceled.

The BPGT returns to the greens 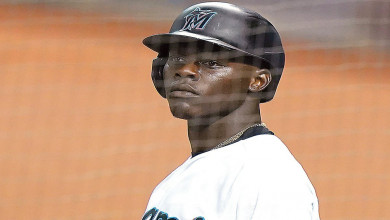 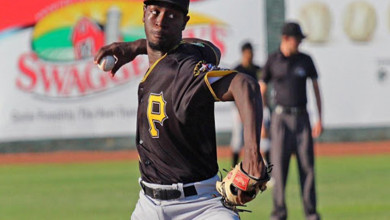