A post-election report on the Free National Movement’s (FNM) loss at the polls, which was conducted by a US consultancy firm that worked with the FNM in the lead-up to the general election last September, was seen by many as a big joke, and understandably so.

While everywhere we go in this country Bahamians are still saying “thank God Minnis gone”, the report attempts to diminish former Prime Minister Dr. Hubert Minnis’ role in the bruising the FNM suffered in the hastily called election.

Some senior FNMs had a big “suck teeth” when they read the report, which was leaked on social media.

Former FNM Chairman Carl Culmer told us yesterday, “This report was never shared with the coordinator [of the election], former deputy leader, or former chairman.

“It was difficult getting information before, during, and after the election. The present leadership team had difficulty obtaining the report as well.”

FNM Chairman Dr. Duane Sands said on Monday, “It would be instructive to question the individual/individuals who leaked the document that to my knowledge had very limited circulation.”

We do not know who leaked the report.

What we do know is it is favorable, not to the party, but to one person, and one person alone – Minnis.

But we don’t buy the baloney outlined by the consultants.

As Perry Christie was the key reason the Progressive Liberal Party (PLP) was slaughtered at the polls in 2017, winning just four of the 39 seats in the House of Assembly, Minnis, too, was the reason for the FNM’s defeat last September.

Most FNM candidates did not stand any real chance in the election as the results showed.

The party won just seven seats in the House with all but one incumbent, Adrian Gibson in Long Island, losing support when compared to 2017.

Long Island is the one Family Island seat that has never gone to any party but the FNM, at least not how it is currently constituted with the island being one seat.

No one we know ever doubted the party would win Long Island. It was a gift to Gibson, who held the seat despite serious controversy that surrounded him.

All over the country, FNM candidates knew they had a serious uphill climb. Repeatedly, they were told by voters that they could not support them because that would be supporting Hubert Minnis and they just could not do that.

Voter turnout was just 65 percent – the lowest ever in modern Bahamian political history.

But why was Minnis so unpopular? Why was he (and still is) so disliked by many voters?

Why is he politically irredeemable as we observed in our editorial yesterday?

Minnis had a golden opportunity. He blew it. Blaming the crises that confronted him was not enough for him to see another term in office.

The accidental leader emerged after the FNM had a poor showing in the 2012 general election.

After Ingraham decided not to take his seat in Parliament, Minnis became a lame but obvious choice for leadership.

Though Minnis had a disastrous time in opposition, Perry Christie’s unpopularity sealed a win for the FNM in 2017.

He demonstrated early on that he was not operating based on conviction but political expedience.

He dealt untold damage to the FNM as much of what he said in opposition was not demonstrated in government.

He and his colleagues had railed against the Spy Bill, for example, but quickly passed the legislation upon coming to office.

He had big talks about electoral reform. He was going to introduce a term limit for prime minister.

He was going to introduce a fixed election date so there is certainty in when elections are called.

He was going to introduce a recall system for MPs.

He was going to provide for an independent boundaries commission, campaign finance legislation, and address citizenship by legislative means.

He promised to have passed anti-corruption legislation.

He delivered on none of that.

He came to power pledging that appointments will be made based on meritocracy, but failed to demonstrate that he truly believed that.

In opposition, he had called value-added tax (VAT) a lazy way out in raising revenue. One year in, the Minnis administration raised VAT by 60 percent.

Minnis showed disdain toward the media. Because he felt The Nassau Guardian was too critical of his leadership, he held back government advertising from this newspaper, the Official Gazette.

That was among the abusive actions he took as prime minister.

He showed disdain to others who were not singing his praises.

He became consumed by arrogance, a disease that was catching. It spread quickly throughout his Cabinet.

Hurricane Dorian for sure was a disaster more challenging than any faced by any previous Bahamian prime minister, but the incompetent handling of the aftermath put multiple nails in Minnis’ and the FNM’s political coffin.

When Dorian struck, he foolishly ignored the offer of two former prime ministers, Ingraham and Christie, to assist.

Minnis alienated talented FNMs who could have helped him govern better, all because he was too insecure to work with people who were not bowing before him and praising the competent authority.

When COVID-19 struck, he became addicted to absolute power, hanging on unnecessarily to being the competent authority. His word was law.

He was too heavy handed with his powers. Innocent, poor people were locked up for doing simple things like going to the water pump during lockdown and selling coconuts.

He alienated healthcare workers and unions who could not even get a meeting with him.

It was as if Minnis was blinded by power and by arrogance.

He repeatedly declared that he would win all the seats in the House of Assembly whenever he calls the election and presumptuously assumed that he had 10 years to complete his agenda.

It was absolute delusion; madness even.

Around him were yes men and women, some of whom privately questioned his decisions but publicly stated their support for him as leader.

As it became clear that the FNM was imploding and headed for a destructive defeat, Minnis and those around him became increasingly desperate.

The then-FNM leader resorted to an overused narrative that had worked for the party in 2017.

But repeatedly telling voters the PLP is corrupt and the country would be headed to hell in a hand basket if it elected Philip Davis and the PLP, proved to be a failed strategy.

We were not surprised that Minnis led his party to a stunning defeat on September 16, 2021.

Many other Bahamians were also not surprised, including many FNMs who had had enough of Hubert Minnis as prime minister of The Bahamas.

To now see this post-election report and its conclusions is, indeed, laughable for so many.

As we reported in our newspaper this week, the consultants blamed the defeat on low voter turnout and the party’s failure to organize at the constituency and grassroots level, and said Minnis was not entirely responsible for the loss.

The report amounts to an imaginary tale that seemingly seeks to support a deluded former leader who very well might be planning a comeback.

We are pleased to see that while some members of the FNM quietly derided the consultants’ “findings”, calling the report “sanitized and shallow”, Sands had the courage to publicly condemn the conclusions, though his rebuke was reserved.

“We, the FNM leadership team, take note of it but do not accept it as a comprehensive or entirely objective assessment of the facts or indeed as a defining map for the way forward,” he said.

Notwithstanding the effort to put on the appearance of a united party a few weeks back, after a meeting of the FNM’s leadership council, key players in the FNM believe Minnis is still working to mount a leadership bid.

A report stating that he is not the key reason for the party’s election loss could be used by him to support any effort in this regard.

But that post-election report does not realistically address what went wrong for the FNM and why so many people failed to show up to vote.

It omits major blunders for which Minnis is chiefly responsible.

It does not acknowledge his many bad decisions.

It does not analyze the damage done by some who were elected FNM MPs but fell out of favor with Minnis.

As opposed to extending the olive branch to party faithfuls who were critical of his leadership, Minnis alienated and ignored them to his detriment.

None of this was observed by the consultants.

From Sands’ reaction, it is clear, and sensibly so, that the FNM’s leadership is placing no stock in this report.

We understand that at its conclave last month, the FNM concluded that the party’s loss was connected to several issues including its failure to move with urgency; the administration’s concentration of power in the hands of the competent authority; its lack of inclusive collaboration and decision-making with party members; the manner it interacted with stakeholders, particularly its combative relationship with the media; the failure to talk with rank and file party members; and the failure to address public service matters, among others.

Essentially, it was Minnis.

That is a more realistic assessment of the loss.

It does not appear Minnis gets that.

We do not believe he will be prepared to sit back for long as the PLP’s term in office wears on.

He could be banking on Bahamian voters doing at the next election what they have done in every election since 2002 – change government.

Garnering support in the party for the next leadership race could very well be a strategy.

Truth be told, Minnis remains a divisive force in the FNM.

The September loss at the polls rests squarely on his shoulders.

FNMs don’t need a report to tell them that. 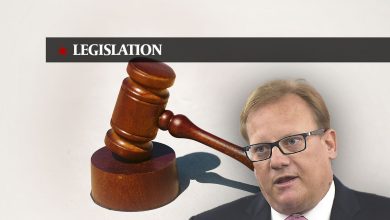 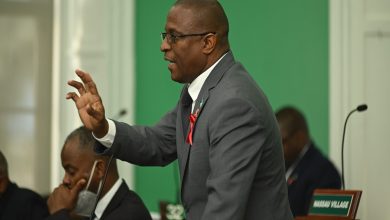 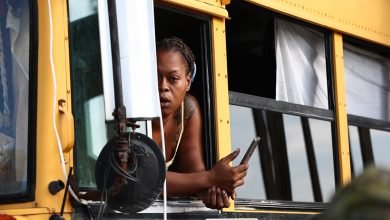