“Our reading [from the Letter to the Hebrews] calls us to strengthen our drooping hands and our weak knees – to not lose heart, to not get discouraged, but to turn to the Lord in our need. He desires to heal us.”

Cartwright’s sermon was delivered yesterday on the Feast of St. Blaise, a bishop and martyr.

Blaise was a hard-working bishop and doctor dedicated to encouraging the spiritual and physical health of his people in Sebastea, Armenia.

The feast day, said Cartwright, invites people not to embrace their trials as if it were a punishment from God, but to endure trials as discipline, and is a perfect reminder for a time such as this, as the world continues to navigate the COVID-19 pandemic.

“Our reading reminds us that what happens to us in life, happens to us in the context of our relationship with God,” said the Holy Family pastoral associate. “In Christ Jesus, we have all become brothers and sisters. In Christ Jesus, God is our father, and so we are his children and his children who he loves dearly. So, those hardships he allows us to go through, we do well to endure them as discipline, because we know that with all things, all things work together for the good of those who believe.”

Cartwright said in the gospel reading, the heart of the father is revealed in Jesus Christ.

“In his own hometown where he is rejected, where he faces a lack of faith, we see that Jesus desired to heal them. He wanted to perform mighty deeds there, but he couldn’t do very many of them because of their lack of faith. They did not place their trust in him. They stuck to their own ideas and their own understanding and their own perspective rather than seeking the vision of the father seeking to understand who this Jesus truly was – to really come to know him and to trust in his power to save.”

Cartwright said the father desires to heal people – and that Saint Blaise was an instrument of his healing.

“There is a story highlighting the fact that even animals came to him for healing, but the healing he is best known for was when a mother brought her child to him. The child had bones stuck in his throat and Saint Blaise healed the child, and so he is known as a healer and we seek his intercession for healing of all sorts of disorders and diseases, but especially those concerning the throat.

“During this time of pandemic, when so many are afflicted by a serious virus, we turn to him for protection from this virus. We turn to him interceding for those who have been infected that they may be healed. We turn to him asking that he may intercede for us that the Lord may grant us healing and restoration because we place our trust in our God knowing that he loves us his children and he desires to grant us healing, life, in abundance.”

On the Feast Day of St. Blaise, on February 3, it is customary to bless throats, but in the midst of a pandemic, the usual manner of blessing with two candles placed around the neck could not happen. Cartwright instead offered a group blessing, praying the blessing of St. Blaise.

“Through the intercession of Saint Blaise, bishop and martyr, may God deliver you from every disease of the throat, and every other illness,” said Cartwright.

St. Blaise is believed to have begun as a healer, then eventually became a “physician of souls”. He then retired to a cave, where he remained in prayer.

Although the Edict of Toleration, which granted freedom of worship in the Roman empire had been signed five years prior, religious persecution still raged in the country.

According to a legend, a mother came to him with her young son who had a fish bone lodged in his throat. At Bishop Blaise’s command, the child coughed up the bone.

In another tale, Blaise was being led to the prison in Sebastea, and on the way came across a poor, old woman whose pig had been stolen by a wolf. Blaise commanded the wolf return the pig, which it did – alive and uninjured – to the amazement of all.

In 316, he was beheaded for not sacrificing to the pagan gods. The account of his life was written nearly 400 years later.

In the Middle Ages, Blaise became popular and his legend as a beast tamer spread. He was then referred to as the “saint of the wild beast”.

Many German churches are dedicated to St. Blaise.

In Great Britain, the village of St. Blazey got its name from St. Blaise, and a church dedicated to the saint can be found in Decon hamlet of Haccombe, near Newton Abbot.

There is a Saint Blaise’s Well in Kent, and the water is believed to have medicinal properties.

Gov't plans to distribute vaccine to adults under 65 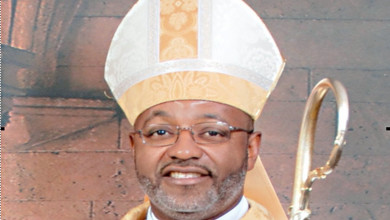 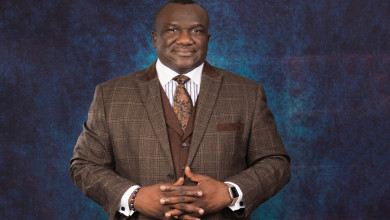 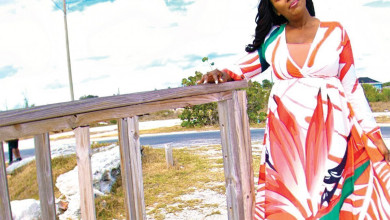