Shantinique Miller said she did not have the easiest life growing up, but she had a dream – and that was to graduate college. But she knew that dream would never become reality if she did not make it happen. She applied herself in high school, earned a Public School Scholars Programme (PSSP) scholarship, and today, Miller proudly calls herself a college graduate having earned a Bachelor’s in Chemistry. She is now preparing to begin studies toward a doctorate degree.

“PSSP was really a life-changer for me,” said Miller, 21. “Like I always tell people, it was my passport to a better future and I have no regrets, so I’m grateful and humbled for the journey. It has helped me to get through and prepared me for the journey to come, because I’m ready for grad school.”

“I’m the oldest of three, so I would say the first goal I wanted to accomplish was to show my younger siblings [Skye and Isaiah] that they don’t have to be confined to their environment,” said Miller.

“Growing up, there was never a role model around or someone that I could talk to as it relates to my future goals. When I tried to tell people my goals, they told me I couldn’t do it – that I was thinking too far ahead. Now, I can tell them that I’m not thinking too far ahead. Obtaining this degree, to me, is confirmation to myself that I can do it. And the only person that stands in my way is me, honestly, as long as I have the mindset that I can achieve my goals.”

PSSP started with 13 students in 2015. It has evolved to over 500 public school graduates in six years.

This year, Miller was among the largest number of college graduates, well over 100, according to Monique Hinsey, consultant administrator PSSP, Ministry of Education Scholarships and Educational Loans Division, who this year completed their studies in the United States and Canada through partnership agreements between the Ministry of Education and the colleges/universities they attended.

“This is a stellar accomplishment considering the fact that many of these students are from very poor, marginalized backgrounds,” said Hinsey. “Many of them were near death’s door with terminal illness, homeless, abandoned, abused and with very little options. They have excelled and are graduating with distinguished honors and even receiving full scholarships to graduate schools and PhD programs on their own merit.”

Hinsey said among this year’s college/university graduates are a young lady who used to eat out of the trash and another who lived in a car with her mom; and they have both graduated with honors and are headed to graduate school on scholarships.

Miller will pursue a doctorate in Biomedical Sciences at Van Andel Institute Graduate School in Grand Rapids, Michigan, on a full scholarship in the fall, inclusive of a yearly stipend to cover housing and other expenses she may encounter.

The graduate program transforms students into independent scientists through an intense, problem-focused PhD degree in molecular and cellular biology. By combining rigorous, problem-based coursework with extensive experience in laboratories led by the institute’s expert faculty, the graduate school prepares students for productive careers in biomedical research and beyond.

Miller said the most difficult thing for her preparing to pursue a college degree was actually leaving home and adapting to a new life without the full support from her family that she would have liked.

“It was just really scary coming here [Ohio] and not knowing what to expect, but I overcame that,” she said.

On her May 15 graduation date, Miller did not get to walk across the stage and said she feels like something was taken away from her and that her accomplishment did not sink in. She said she did not accept the she had earned her degree.

Miller said it did not really sink in that she graduated until she took her graduation photos. It was at that point, she said, she had a breakdown and cried as the realization of her accomplishment set in.

She was also happy that her sister Skye Cooper, who has completed her freshman year at CSU, her baby brother Isaiah Cooper, who is currently in junior school and her mother Rochelle Cooper were able to attend her graduation ceremony.

“It was good that the ones that I was doing it for came,” she said.

Miller said she had every intention of going into the workforce after obtaining her undergrad degree and last year, reached out to a number of pharmaceutical companies seeking employment in drug development, to be told she needed to make herself more marketable by obtaining her PhD. That led to her applying to Van Andel to pursue a Doctorate in Biomedical Sciences.

Her advice to public school students who have a dream like she had, but no idea how they would make it reality, is to apply for the PSSP, and to not be afraid.

“I didn’t apply for PSSP [initially while a student at C.C. Sweeting Senior School] because I felt I could not afford college, and did not want to put myself in a situation where I couldn’t see how I would pay for college, but after speaking to guidance counselors, they told me PSSP was my only way out, and to just take a leap of faith.”

Miller is pleased that she took that leap of faith. For her, PSSP is more than just a scholarship because she was given constant monitoring and guidance.

“A lot of these students are marginalized, underserved students who would never have gone abroad had it not been for this program,” said Hinsey. “PSSP fills the gap. The government gives money … the schools give money. They would not have been able to embrace such an opportunity. This program provided that entryway for higher education, but more than 60 percent of these students graduated with high honors, and on their own merit have gone on to apply for graduate schools and scholarship opportunity.”

In the PSSP program, the Ministry of Education offers guaranteed scholarship awards for each Bahamian high school graduate enrolled in the program. The award ranges from $7,500 but does not exceed $15,000 per academic year, for a maximum of four years. 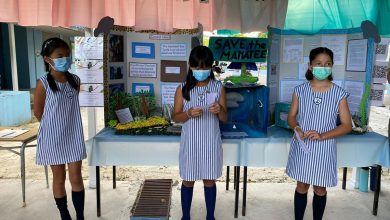 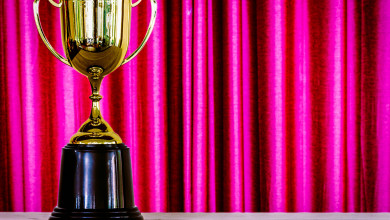 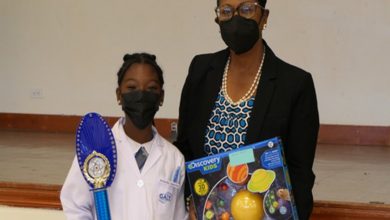 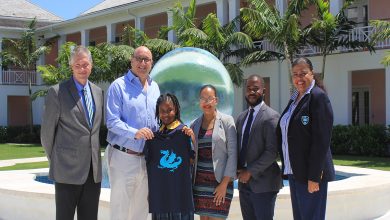