The reopening of SLS Baha Mar was not just an opening of its doors in a new environment, but also an opening to new culinary ideas. The SLS Baha Mar team refused to be content with simply implementing new health and safety protocols, taking it a step further bringing refreshing new menu ideas to the table across its dining establishments – additions that have eye appeal and that definitely have mouth appeal.

Katsuya, Fi’lia, Carna, Stix, and Pizza Lab unveiled some of the new additions during a tasting, which turned out to be quite an exciting hours-long “journey” of the food offerings.

The super crunchy taco housed silky diced salmon tossed in a spicy miso sauce, topped with guacamole aioli for a creamy texture and caviar for a hint of salt. It was juicy and flavorful.

Katsuya could do no wrong with its beautifully presented ceviche that was a sight to behold, and taste. Classic Japanese citrus ponzu and truffle essence combined to delicately perfume incredibly fresh luscious fish.

Trent Smith, Katsuya sous chef, said the new offerings are indicative of the “fire” the staff has returned with, and that the restaurant isn’t just reopening, but opening with new ideas.

“The [shut down] had its negatives, but it also had its positives, because as our team returned, we did so with a new sense of vigor. We are refreshed and have a ‘fire’ in our stomach for want of better term. We have the same people, but our mindset is different. We’re going to put our soul into everything we put forward.”

Smith encourages patrons to return to Katsuya with an open mind to the new offerings.

“You will have an experience,” he promised.

With the addition of approximately 25 new items, they have practically upended their menu.

“More rustic, more straight to the point and more tasty,” is how chef Bernard Lotton describes it. “Just great ingredients, right way to do it, easy to execute and more consistency.”

For their new offering, Fi’lia paired gnocchi with classic Roman cacio e pepe. They swapped out the pasta from the original menu for their plump, pillowy, delicate handmade dumplings (which they say can be tailored to the guest) and then added a twist with beautifully aromatic, earthy truffle essence and spicy arugula. This is one of those dishes that you want to stop eating, but won’t be able to.

Another new menu addition is its Prosciutto di Parma pizza with smoked mozzarella, Parma ham, rocket and shaved parmesan. To sum it up plainly, Fi’lia takes its pizza very seriously and prides itself on their artisan dough, and proudly boasts that their crust is made from Naples’ oldest mill antico caputo flour mixed with their house made sourdough starter and fresh yeast that is fermented for 36 hours and stretched to order. The restaurant prides itself on delivering dough that has all of Napoli’s traditions with a thin and robust crust that is light and fluffy with slight crunch.

Fi’lia has also debuted a new tiramisu (espresso liqueur, vanilla biscuit, mascarpone mousse, chocolate chip biscotti and coffee air). In complete honesty, I have never been a fan of this classic Italian dessert, and I have shunned it for years, but the Fi’lia presentation was simply so inviting that I went in for a quick taste, and when I came up for air, the plate was clean. They got this delicate balance of flavors just right in a dessert that was so light and airy it was almost ethereal.

“It’s authentically Italian,” says Latoya Duncombe, Filia’s senior sous chef of their newly unveiled offerings. “Whereas the last menu catered more to the American palate and a mix of flavors, this one is a classic Italian menu.”

Duncombe who has been in the Fi’lia kitchen for three years said she is also proud of their new Panzanella salad (heritage tomatoes, cucumbers, red onions, olives, peppers, croutons, red wine vinaigrette, basil and capers), spaghetti alle vongole with pangrattato (satueed bread crumbs), lemon, chili, and garlic; their rib eye steak; fisherman’s catch of the day, and she said their coffee is a must try.

Duncombe credits Lotton with coming in and training Bahamians in the concepts they did not know before, and his input on their plate designs. She also said Lotton’s “flavors are on point.”

Carna is known for its prime cuts of the finest steaks

sourced from the world’s most prominent locales, and they will remain the focal point of the contemporary steakhouse concept, but in its reopening it has taken into account vegan diners with the addition of a smoked cauliflower steak with beech mushrooms, soy caramel emulsion and crispy shallots; and an onion dip paired with three tiers of caviar options (Black River Royal Ossetra, Petrossian Imperial Daurenki, and Petrossian Kaluga Hybrid) accompanied by homemade potato chips.

New menu items also include a roasted beet salad with goat cheese spuma (aerated to give it a lightness), watercress, candied hazelnut, and sherry vinegar, that is absolutely splendid. It of course looks like a work of art, and is a salad that’s full of textures that you want to get all in one bite.

Chateaubriand a la “Oscar” is as amazingly elegant as the name of the dish which is comprised of fantastic ingredients;  and of course, Carna utilizes luscious Wagyu beef tenderloin, which I might add was seasoned perfectly with carrot puree and roasted asparagus and a rich Béarnaise sauce, which they lightened up by aerating it, to tie it all together. It was served alongside succulent, tender Alaskan crab meat “a la Oscar” for a buttery topping which made this dish extra special.

During the dining adventure, Carna also offered up its charred sweet corn, which isn’t new, but may seem new to you because they’re plating it differently, but it’s still as delicious. The corn is removed from the cob daily, roasted and hit with spice.

“Carna is known for its meats, so we will still have the Japanese Wagyu A5 … a lot of prime meats, but still giving a complementary feel of something different with the vegan additions,” said Tevin Kemp, Carna sous chef.

“In returning, the team is so excited to be able to give something not only different, but something they’ve never done before.”

Pizza Lab, a family-style restaurant – that is now being headed by chef Aaron Trutschel – which opened its doors a mere three months before the pandemic forced the closure, displayed various pizzas, salads and dessert offerings on their menu.

While Baha Mar opened in a bubble on December 17, beginning December 20, the resort will reopen its restaurants to locals and non-registered guests to be able to dine at its restaurants and bars, but they will have to show proof of a negative COVID-19 rapid antigen test taken within five days of their restaurant reservation. Reservations will be required and no walk-ins will be allowed.

“A lot of things have changed in this new COVID environment, safety is our number one priority. We’ve implemented social distancing. We have been certified by the government, and we go above and beyond what the CDC [Centers for Disease Control and Prevention] guidelines say. Our number one priority is the safety of guests, the staff and community.

“Some of the requirements to dine with us is you have to have a negative anti-rapid test within five days of your dinner reservation, and it’s the same for everybody. Our guests coming in are going to be tested at the facility upon check-in, and we ask for everybody here in the local community that joins us to have the same requirements, because we want to have everyone safe.

“We are still in a COVID environment. The more testing we have the better we can control it. Once you are in here, you are almost in a safe environment,” said Gasser.

“We don’t accept walk-ins. We want to know you’re coming, because we don’t want to have 20-30 people walk in and then we don’t have space for you – that’s not a good experience as well. So, reservations are required. From that point on we welcome you with open arms to enjoy and get to experience our culinary cuisine.” 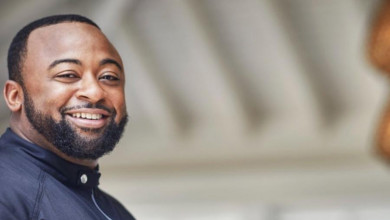 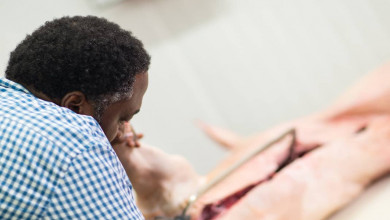 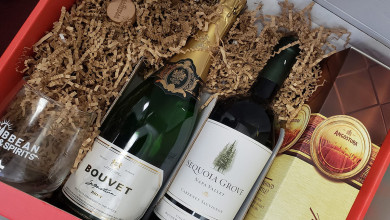 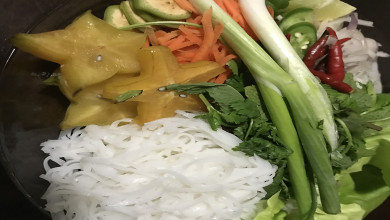 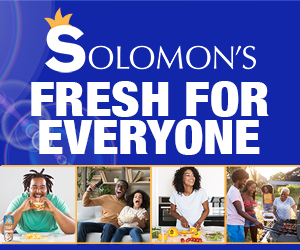