Addlyn-Blay Payn, 89, passed away peacefully in her sleep on October 3, 2019 at the Davis Assisted Living/Nursing Home in Wilmington, North Carolina. Blay was born on May 18, 1930 in Hartford, Connecticut to the late Greta Moxley and Captain Walter Moxley, and was preceded in death by her late husband of 51 years, Melville George Payn. She is survived by her daughters Dominique Mackenzie, of Wilmington, NC and Alexis Connolly, of Purcellville, VA, her two sons-in-law Ian Mackenzie and Chris Connolly and four grandchildren Douglas and Gavin Mackenzie and Sarah and Mikayla Connolly. Extended family live in Nassau, Bahamas, Nova Scotia, New Brunswick, Prince Edward Island and British Columbia, Canada.

Blay grew up in Nassau, Bahamas, where she met her husband, Mel, a career banker with Royal Bank of Canada. Together Mel, Blay and their girls lived in the Bahamas, Cuba, Venezuela, and Puerto Rico. Blay spent her post-retirement years living with Mel in Miami, Florida. After Mel passed away, she moved to Virginia and lived with her daughter Alexis and family in Ashburn, VA for 11 years. Ever the Southern Flower, Blay’s last move was in 2016 to Wilmington, NC where she lived near her daughter Dominique at the Davis Assisted Living Community.

Her door was always open, and a glass of wine always offered to anyone wanting to hear a good story, watch a classic movie or just pretend, if only for a moment, that they were sitting with her in the Bahamas. She is most often described as being elegant, fascinating, and classy.  She was always dressed to the nines and her sense of humor made her the life of the party. In addition to being a gifted artist, Blay enjoyed crossword puzzles, bridge, mahjong and tile rummy. In her younger days she also enjoyed playing golf, and nobody could hold a candle to her on the dance floor! She counted herself blessed to have made wonderful life-long friends during all their travels. Blay and Mel loved to entertain, and their parties were frequently the talk of the town. They lived life to its fullest!

At the request of Mel and Blay, their ashes will be scattered at a later date in their favorite spot in the waters of the Bahamas where immediate family will join in a private celebration of their lives.

The family would like to thank all the staff at the Davis Community for their wonderful care and support of Blay during her time with them, especially towards the end when their deep kindness, empathy, and understanding were relied upon so much. 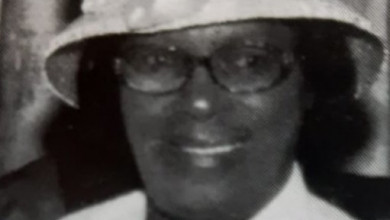 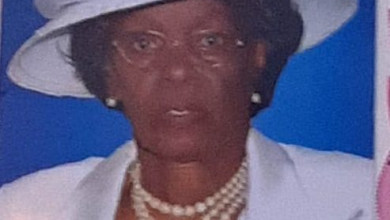