Attorney General Carl Bethel said yesterday that The Bahamas will accept citizens and residents repatriated by the United States during the COVID-19 pandemic despite the closure of the Bahamian border.

In a memorandum on Friday, U.S. President Donald Trump said that countries that deny or “unreasonably delay” the acceptance of its residents, citizens, etc. from the U.S. during the pandemic “create unacceptable public health risks for Americans”.

Trump noted that those countries would be “impeding operations of the Department of Homeland Security necessary to respond to the ongoing pandemic” and as a result would be subjected to visa sanctions.

Bethel told The Nassau Guardian that the Bahamian government is in “diplomatic contact with the United States” as it relates to the policy.

“We have strong diplomatic relations and we understand what they are speaking about,” he said.

“It was made clear. As it was made clear to Cabinet by the minister of foreign affairs yesterday, this refers to persons who commit serious criminal offenses who are being deported to The Bahamas or other countries.”

On March 27, the government announced that the Bahamian border would close to all incoming individuals, including citizens and residents.

The step was taken as an attempt to contain the spread of COVID-19 in The Bahamas.

There are currently 49 confirmed cases in The Bahamas.

Yesterday, when asked if The Bahamas will accept deportees while the border remains closed, Bethel replied, “We have to. We have habitually accepted them for years now, even persons with the most tenuous connections to The Bahamas who only happen to have a Bahamian birth certificate.”

Health Minister Dr. Duane Sands said deportees, who are repatriated for overstaying their time in the United States, will be quarantined either at a government facility or at home.

Asked where criminal deportees will be quarantined, Sands replied, “It would depend on whether or not they committed a crime in The Bahamas and needed to be in jail or elsewhere; then, a determination would be made and a decision made in terms of where they would [be quarantined] because we are segregating persons in remand.

“There are — in conjunction with the Department of Correctional Services — decisions being made about the inmate population to safeguard their health.”

A report, which was released by the U.S. Department of Homeland Security last year, indicated that 861 Bahamians with criminal records were deported from the United States between 2008 and 2017.

Mako Aquatics swimmers set to compete in the NCAA 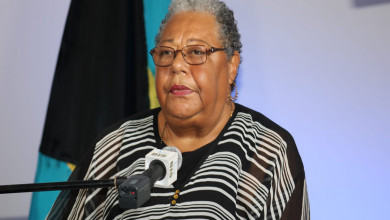 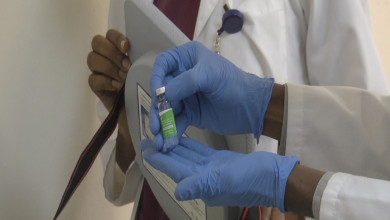