“…[It] has been said that democracy is the worst form of government except for all those other forms that have been tried from time to time.…”

A system which strives to enfranchise all persons reaching an agreed age of maturity, and which espouses equality before the law and respect for the rights of all, democracy has suffered many contortions to accommodate the preferences of many of those professing to follow its tenets.

On January 6, right-wing terrorists stormed the Capitol building of the United States of America in a bid to overturn the wishes of the majority of registered American voters expressed in presidential elections held last November.

Nearer to home in Haiti and in Guyana, others also claiming to practice democracy apparently forgot how to count and only reluctantly accepted defeat after months of staunching.

Democracies are typically characterized by political parties who seek, in each election cycle, to convince the majority of voters that their policies and programs present the best alternative for the country and hence they should be elected to office.

Increasingly, however, there is a growing belief that vested interests have taken control of political parties and in fact govern for the benefit of the party’s “old guard” rather than that of the country.

From time to time, grassroots efforts are mounted to dislodge those “establishments” purportedly to be replaced by leaders more in tune with “ordinary folk”.

Certainly, that was what the “Trump experiment” was all about in the United States. It failed miserably, blowing up in the face of the country and bringing it to the precipice.

Still, so cowered by Trump’s big lie, a majority of Republican senators could not muster the gumption to salvage the reputation of their party and to convict the twice impeached embarrassment to American democracy.

There are lessons for us in these happenings.

The 2002 campaign of the Progressive Liberal Party claimed that a fresh breeze had ushered in a new PLP, free of whatever unsavory claims might have been associated with its “old guard” political franchise.

Then, the Free National Movement, determining that its election loss in 2012 was tied to its former leader, declared shortly after its 2017 success at the polls that a new era free of the influence of the past was being ushered in.

Politics is a difficult business. To stay relevant, parties must bring in new blood and new ideas.

But if political parties are to survive — and without them national legislatures fall into chaos — new members must be committed to at least understanding the philosophies and culture of the organization and sign on to building up not tearing down the institution.

In their eagerness to be rid of the past and to take on the new, mistakes are being made. Both political parties are weaker as a result, as is our democracy.

Some political newcomers, including those welcomed into leadership, have had only the flimsiest attachment to the parties, their tenets, policies and programs.

Some have been more interested in a quick ticket to election to the House of Assembly than to any commitment to a party’s platform and its implementation. Hence, the advent of so many “one-term wonders” who make a great flash in the pan and then are never to be heard from again.

Some who have much left to offer have been excluded due to internal party politics.

FNMs have permitted themselves to become so browbeaten by their leader as to permit him to methodically exclude his party’s most competent members from holding future office clearly to the detriment of the party and the country but apparently in pursuit of self-aggrandizement.

More than allegations of “corruption” and “garbage juice”, our democracy is threatened by leaders with autocratic traits. Let us be aware.

In Belize, the electorate recently returned an earlier discredited party to office.

Turks and Caicos Island voters decided similarly only days ago.

In desperate times, electorates do desperate things. Sometimes, they take out the new and bring back the old.

Why Bahamians should be worried about the FNM campaign

The pandemic’s impact on the disabled 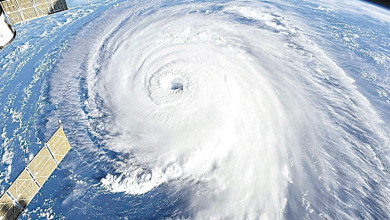