Senovia Taylor-Smith’s teaching philosophy is one where she believes in a classroom where every student receives an amazing education, from an amazing teacher who is mindful of how their amazing students learn. And it’s for this reason she continues to pursue higher education to ensure she is equipped to ensure her philosophy is a reality.

Taylor-Smith is matriculating towards a Master’s of Science degree in human resource development at Barry University. For her degree, she hopes to utilize it in promoting performance improvement through learning, which she hopes will eventually give rise to development at both employee and organizational levels within the public sector.

This teacher of eight years said she finds herself still as “in love” with her profession as she was on the first day she stepped into the classroom, and her goal is to make other teachers fall in love with teaching again too.

A career in the education sector, Taylor-Smith said, is something she has always known she would do.

“Even as a child, I loved babies and small children.”

As a teenager, she recalled being charge of her peers or a smaller group of students, and being good at it. She was a class monitor throughout her primary school years and taught Sunday school. She was also a class prefect in her senior year at L.N. Coakley High School, Exuma.

But her pursuit of higher education is also because she knows that being educated provides a person with stability in life – and is something no one can ever take away.

“By being well-educated and holding a college degree, you increase your chances for better career opportunities and open up new doors for yourself,” said Taylor-Smith, who is expected to graduate on December 12.

“If we are educated, then it’s something that belongs to us, and only us, allowing us to rely on no one else other than ourselves.”

It’s a sentiment the 30-year-old freely shares with her students.

Taylor-Smith, who currently teaches second grade at Virtual School, a school under the Department of Education, said she always takes the time to remind her students that having an education can protect them, more than they know.

“Not only on a financial level, but it can help prevent [them] from being taken advantage of, by knowing how to read and write, such as knowing not to sign away [their] rights or false documents,” said Taylor-Smith.

By seeing her continual pursuit of higher education, she hopes it shows her students that they should learn to set goals, and make those goals happen. She is also quick to remind them that some goals may take longer to achieve for some people, but that it is okay if it does.

“What matters is achieving those goals adds purpose and meaning to a person’s life. People will be inspired by your achievements and you won’t even know it. No one can ever take your power of knowledge and wisdom. A degree is only the carbon copy which proves that. Your self-development, knowing your worth and believing in yourself will define you and make way for you,” said Taylor-Smith.

“As an educator, I always valued my students’ perception of me. I always wanted to be seen in their eyes as someone they trusted, respected, loved and a powerful source of endless possibilities. I want them to see that I can do anything by simply speaking it into existence and making it happen.”

As she prepares to graduate next month, with a 4.00 grade point average (GPA), Taylor-Smith said the COVID-19 pandemic and having to resort to the virtual platform did not present a challenge for her.

“There were no drastic changes to my studies at Barry University in terms of attending classes. We met traditionally, face-to-face, three out of four times during a course and there would usually be one asynchronous class. Since COVID-19 happened nearly at the end of my studies, only our final three courses were fully online.”

While she does not have children of her own, yet, she refers to her student as her children – with or without their parents’ consent, but she was grateful she did not have children at home to “monitor” while she, too, did online studies.

“If I had children, I don’t think I would have been able to cope with it all,” she said. “Those parent-teachers doing so are the real heroes of teaching in an online environment because it’s like being given an ultimatum where you have to choose between your own children and your students (other people’s children). Both won’t receive adequate or effective learning; it won’t happen.”

And as an educator, she said she has noticed the pandemic has forced parents’ gratitude for teachers, their skills and their invaluable role in student well-being, increased drastically.

At the same token, she said her students miss the face-to-face interaction – but they also understand that it’s unsafe to attend school during this time.

And she said the future of education’s golden principle of three Rs – reading, writing and arithmetic – are being joined by a fourth: “rethink”.

“Technology has changed many aspects of our society over the years, but school structures and policies have remained the same. The expectancy and ability of teachers to keep on adapting is crucial and frightening for non-technological teachers. Adequate training, an advanced learning management system and electrical and internet infrastructure make adapting even more challenging. Rethinking our role in this new norm is a concern and now more than ever is the time to revamp the policies that govern us, so that we can recognize our goal and mission to expand upon every student’s potential.”

While Taylor-Smith encourages her students to pursue higher education, it is advice she also doles out to her peers. For those adults who may have been out of the classroom for many years, but are contemplating returning, she said “make it happen”.

Taylor-Smith is one of a cohort of 18 Bahamians pursuing a master’s degree at Barry University.

Following case spike, some in Bimini fear another lockdown coming 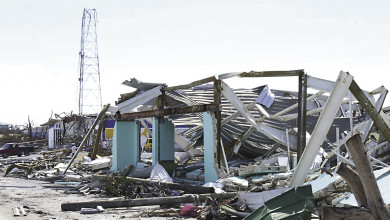 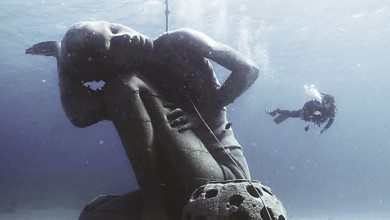 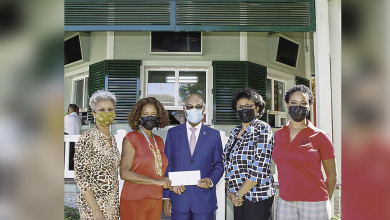