Owyn J. Ferguson’s 2019 Christmas season is one he will be talking about for decades to come – one in which not one Junkanoo costume rushed down Bay Street on Boxing Day – and he found himself surrounded by more menorahs than Christmas trees. But he is grateful to have been reminded that Jesus’ birth and life was meek and without pageantry as he celebrated Jesus’ birth in Tabgha, Israel.

Just as if he was at home, Ferguson brought in Christmas Day in church, at the Church of the Multiplication of the Loaves and Fish (Church of the Multiplication for short), a Roman Catholic church located on the northwest shore of the Sea of Galilee in Israel which is best known for Christ’s miraculous multiplication of loaves and fish to feed a multitude. It is also remembered for Jesus’ third appearance to his disciples after his Resurrection, when he tested and commissioned St. Peter as leader of his church.

Ferguson, 22, is six weeks into a year-long volunteerism stint at the Benedictine Monastery of Tabgha which is at the foot of the Mount of Beatitudes.

“The church was beautifully decorated. The services were lovely, and even the language barrier could not separate me from the profoundness of the worship experience that I was a part of – celebrating the birth of Jesus, with a community of persons who have dedicated their lives to serving him in the land of his birth. I was able to bring in Christmas Day in church, so that similarity was special.”

He even had a hand in helping to decorate the church. On the Monday before Christmas, he along with the monks, nuns, and his fellow volunteers decorated the Church of the Multiplication for Christmas.

“I was particularly happy to see the characters in the manger scene with brown skin.”

And even though he had known the monks and nuns only a mere four weeks at that point, he was surprised and honored that they made him and his fellow volunteers feel special by presenting them with gifts.

The church where Ferguson spent Christmas Day, is today a modern structure built on the remains of the 4th century church. The highlight of the church is the Byzantine floor mosaic which survived after the original church’s destruction in 685. Beneath the altar of the Church of the Multiplication is a large rock where it is thought that Jesus placed the fish and loaves as he blessed them. There is a glass panel in the floor through which you can see the foundations of the original church. In the church courtyard you can see an excavated basalt stone font and oil presses.

To date, Ferguson’s time in Israel has been spent working 35 to 40 hours a week doing landscaping, farming and other outdoor tasks around the monastery until Beit Noah, a special facility for special guests with special needs reopens.

In the two weeks leading into Christmas, Ferguson and other volunteers were tasked with helping to compile a list of over 100,000 names and respective prayer requests, which were printed on a scroll and brought to the manger in the Church of the Nativity in Bethlehem in Jerusalem by two monks from the monastery where he is volunteering.

“This tradition is ordinarily done in the form of a march from Jerusalem to Bethlehem on Christmas Eve, but due to restrictions resulting from the pandemic, myself and many others were not afforded the opportunity to attend the presentation and blessing of the scroll. People from all over the world sent prayer requests … even countries that I imagined had a small or non-existent community of believers. Being in a country where most persons do not recognize Jesus as God, much less see the significance of his birth, it was heartwarming to see persons from all over the world be part of that exercise, especially in such austere times that can certainly be crippling to one’s faith,” he said.

He noted that while Christians associate the month of December with Christmas observation, the nation of Israel more strongly associates it with that of Hanukkah, the Festival of Lights. His exposure to locals has also been limited primarily to those who speak Arabic that are either Muslim or in the small community of Christians.

And while Ferguson isn’t certain how much the local Hanukkah celebrations were impacted by the pandemic, he said that when he was out and about he was more likely to see menorahs than Christmas trees.

Ferguson participated in what celebrations he could. He said the health crisis, and resulting alarming economic realities and social restrictions made for a sobering Christmas season.

“I am grateful for the reminder [the 2019 Christmas season] gave me – that Jesus’ birth and life was meek and without pageantry. Just as the Star of Bethlehem gave sufficient [light and hope] to many in the story of Jesus’ birth, I hope that his life, death, and resurrection can bring sufficient hope to mankind even in this year. Having a star that nearly mirrored that of the original Star of Bethlehem during the Winter Solstice just a few days before Christmas, was certainly a sign for me that there is light even in all the ‘darkness’ around us currently.”

Ferguson attends daily prayer and serves on the altar at Mass on Sundays. In the midst of the pandemic, his movements are limited to some extent with weekends trips to domestic sites, and only those that are open on Saturdays – the Jewish Sabbath. But he has found historic sites, mountains, and national parks in the Holy Land in abundance, even just on the grounds of the monastery, where on one side he can see the Mount of Beatitudes – believed to be the setting for Jesus’ most famous discourse – the Sermon on the Mount, and on the other side he said is a breathtaking view of the Sea of Galilee and the neighboring city of Tiberias, which since the 16th century has been considered one of Judaism’s four holy cities, along with Jerusalem, Hebron, and Safed.

Between Christmas Eve and Christmas Sunday, the German monks of the monastery, the Filipino sisters of the neighboring Benedictine convent, the monastery’s staff, Ferguson and other volunteers celebrated Masses together at least twice daily, and enjoyed each other’s company as they dined on traditional Christmas meals that he said were nothing short of spectacular.

“The traditional Christmas meals at the monastery seemingly derived from the monks’ German heritage – meat and potatoes, particularly sausage and potatoes, both served in a variety of ways. The most notable meal for me was on Christmas Day, when we had oven-roasted duck breasts, fried potatoes, brussels sprouts and onions, served with an amazing Bordeaux made in the Holy Land. Most, if not all the wine here are dry, and I find them to be rather delicious. This compares to the ham, turkey, rice, macaroni, potato salad, and coleslaw that would’ve occupied my plate on an average Christmas, followed by a host of deserts and probably a Kalik or two.”

As he celebrated Christmas in the Holy Land, Ferguson said this year more than ever before, he missed his late grandmother’s presence during Christmas presentations. His grandmother, Carolyn Strachan died on September 23, 2017 at age 84.

“She was an avid believer, who always told me ‘manners and respect will take you around the world’. I believe my ability to celebrate Christmas in the Holy Land, which only cost me volunteered time and work, is a testament that there is truth in her sentiments … I just wish she were here to see it manifested.”

In his downtime, Ferguson continues to work on his business, and engages in reading, regular exercise, and community building activities with his partners and the members and staff at the monastery. He is also working on his German proficiency.

“As the monks and staff of the monastery are all German speakers, and primarily German natives, the majority of prayer and mass services are celebrated in German, in addition to most conversations outside of church. I came to Tabgha having done four semesters of German in college, including a semester spent in Austria, so I hope to use the time here as an opportunity to advance my skills to working proficiency.” 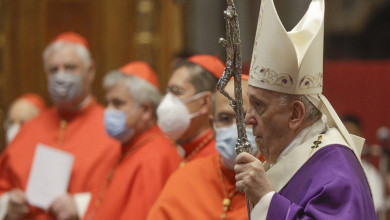 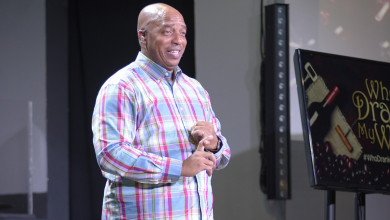