Double kidney and pancreas transplant recipient, Andree Campbell, has suffered a setback, seven months after receiving perfectly matched organs after being on the waiting list for only three months. She had to undergo a second surgery two weeks ago to untwist her transplanted kidney, which had twisted.

“They said it was very rare,” said Andree, 38, who is recovering in Florida where she has to remain for a year post-double transplant surgery.

She has to remain in the United States, because the first three months after transplant are critical. She has to visit the doctor weekly, and is on an elaborate protocol of medicines to avoid rejection.

As to why her kidney twisted, she says the doctors have told her they don’t know why it happened.

“Maybe I overexerted myself,” Andree told The Nassau Guardian.

She says the untwisting was a procedure that her doctors have told her is rare and that her procedure was only the fourth time in 500 transplants.

The double transplant surgery means Andree is no longer diabetic (which she has been since age 10) and she no longer has to take insulin, or undergo three-times-per-week dialysis treatments for hours on end.

“I was glad not having to do dialysis and insulin anymore,” she said.

But she says the most recent surgery slowed her progression.

“I’m trying to get back into the swing of things. I just have to regroup,” she said.

With a compromised immune system, Campbell knows she has to be careful in her first year of recovery, post-surgery. That caution has been further amplified in the COVID-19 pandemic. No one other than her family members are allowed into her house, and with hospitals putting restrictive measures in place, if she has to be admitted into a medical facility, it’s certain she will be there for the long haul by herself. Campbell experienced this firsthand when she had to go in for her recent surgery.

Her brother, Sebastian Campbell Jr., could not enter the medical facility. He had to drop her off at the emergency room door, where she was rushed into surgery. She did not see him again until it was time for her to be discharged.

“COVID-19 just made me more aware because of my immune system being low because of the transplant. COVID just added to it.”

Prior to the pain, Campbell said she had been feeling OK. She said her most recent surgery has slowed her healing process, and she has to go back onto large doses of medications.

And her medical bills are never ending. Her initial double transplant surgery cost a half million dollars. It was a surgery that was performed, even though the Campbells did not have all the funds.

Her medication bill post-surgery costs anywhere between $5,000 and $8,000 per month. Her most recent surgery is another bill, but through it all, Campbell says having the funds to do what she needs to medically, at the time it needs to be done, is truly an act of God.

“We don’t know where a lot of the money came from, but it’s there.”

Every month she receives a bill from the hospital.

But through it all, she says she continues to trust and believe in God for a miracle.

Her dad, Anglican priest Father Sebastian Campbell, who is currently with her in Florida, says his daughter’s struggles are an encouragement to others to “continue to believe and trust in God.”

Looking back, he, too, was appreciative of everyone that assisted in allowing his daughter to be able to receive her lifesaving surgery.

“God has put good, caring people in the way who give and do not count the cost,” said Campbell. He described them as angels without wings.

While his daughter has surgical bills to be paid for the foreseeable future, as well as thousands of dollars in monthly medication bills, she still has to find funds to continue to pay for living expenses in Florida where she has been since January 31, 2019.

Despite COVID-19, the new year got off to the best start for the Campbells when Andree received the call to make her way to the South Florida hospital to be tested to see if she was a match to receive organs the medical facility had received.

Andree had been living in Fort Lauderdale for a year to be close to the hospital for just such a telephone call. She was taken to the hospital by her brother to be tested to see if the organs matched 100 percent.

Andree’s brother is serving as her substantive healthcare provider, having abandoned his job and personal ambitions to live with and provide his sibling with 24 hours, seven-days-a-week care.

As Andree fought for her life over the years, her dad says she maintained hope through it all and that she was the one who encouraged them. He said throughout her trials, Andree never lost hope.

Over the years, Andree had lost more than 80 percent of her eyesight.

Andree has had to battle with her health for most of her life having been diagnosed with type 1 diabetes and high blood pressure just before her 10th birthday. Ten years ago, her medical problems were compounded when she developed chronic kidney disease. Not only did Andree have to continue to stay on top of the fact that her body did not produce insulin, a hormone the body needs to get glucose from the bloodstream into the cells of the body, she also had to contend with the gradual loss of her kidneys, which filters wastes and excess fluids from the blood, which are then excreted into the urine, as they began to fail.

Developing the Caribbean from within 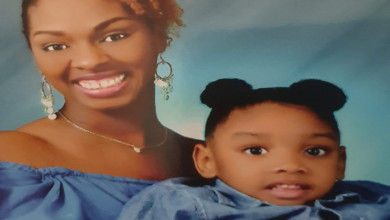