Bahamian professional basketball player DeAndre Ayton had his fifth career playoff double-double, in just seven career playoff games, as his Phoenix Suns used a strong second half to blow past the Denver Nuggets, 122-105, in game one of their National Basketball Association (NBA) Western Conference semifinal series on Monday night.

Playing in front of over 16,000 fans at the Phoenix Suns Arena in Phoenix, Arizona, the Suns used a 65-47 second half advantage to take down a tough Nuggets team, and take a one game to none lead in their best-of-seven series.

Going up against likely league Most Valuable Player (MVP) Nikola Jokić of the Nuggets, Ayton was a force in the post. The center put up 20 points and 10 rebounds in 36 productive minutes. He was very efficient from the field as he connected on nine of his 13 shot attempts, shooting 69.2 percent. He also had one steal. The former University of Arizona Wildcats player was one of five Suns starters to score in double digits, and one of four to score 20 points or more.

The Suns’ fans held their breath as their leader, veteran point guard Chris Paul, took a hit to his already hurt right shoulder in the early minutes of the game, but respected as one of the toughest competitors in the league, Paul bounced up and eventually led his team to victory.

Ayton got on the scoreboard early in the game, scoring the first bucket of the game. It was a hook shot from four feet out with 11:13 remaining in the first quarter. The Suns went to him early as he had three shot attempts in the first three minutes of the game.

Ayton’s most memorable play of the night came at the nine-and-a-half-minute mark of the first quarter. He set a high pick-and-roll for Paul who then made a pass that split two defenders. Ayton caught the nifty bounce pass just inside the three-point line, used his momentum to drive into the paint and threw down a thunderous one-handed slam dunk on Nuggets’ forward Michael Porter Jr. The 2018 No. 1 draft pick in the NBA was fouled on the play and converted the and-one play to cut the Nuggets’ lead to 11-7 at the time.

“I love playing against Jokić,” Ayton said about the battle in the middle. “He is the most valuable player of our league. He has so much and is a lot to cover … the dude can do anything. That is the modern center right there. You have to watch out for drives, he can shoot and he can be a playmaker for his teammates … you just have to stay competing and stay locked in.”

There was competitive basketball between the second-seeded Suns and the third seeded Nuggets in the second quarter. Ayton’s only made shot in that quarter was a spinning hook shot on Jokić with the Nuggets leading 58-55 with 1:41 remaining in the first half. At the half, the Nuggets held a slim 59-58 lead. Ayton finished the first half with 11 points and 10 boards on 5-for-9 shooting.

“The fans are the ones who are helping us play like this. They are coming out every night and showing their support. I am seeing less and less empty seats – I am not even sure if I saw available seats tonight (Monday) and it was a great game. This was the loudest game that I have ever played in,” Ayton stated.

Ayton sank the free-throw to complete the and-one play, and the Suns had their first lead of the game, at 73-72, since the 3:22 mark of the second quarter.

The Bahamian continued to burn the Nuggets down the stretch with four more points as they went into the fourth quarter up 88-79. The host team outscored the visitors 31-10 in the third quarter.

Ayton got some rest early in the fourth quarter and checked into the game at the 8:40 mark. He scored his 20th point of the night on a fastbreak layup with 6:40 remaining in the game to give his team a commanding 105-88 lead. The big man checked out of the game at the 2:15 mark and the Suns held on for the victory. He finished the second half shooting a perfect 4-for-4 from the field.

Jokić was held to just seven points on 3-for-12 shooting from the field in the second half. He had 22 points and nine rebounds. Ayton spoke about what they did to get the Nuggets center off rhythm.

“Playing our coverages,” Ayton said. “Studying his game tendencies and what they like … we stuck to the game plan and never stopped what we thought or went over. We kept pursuing and stayed discipline and did what we had to do on our coverages.”

The game was a far cry from the previous two times these two teams met in the regular season. In those two games, at least an extra five minutes was needed each time to declare a winner. One of those games went into double overtime.

Game two will be played at the Phoenix Suns Arena this evening and gets underway at 9.30 p.m. on TNT.

BIG3 bringing its playoffs to The Bahamas

Dames: Murders up for first five months of 2021 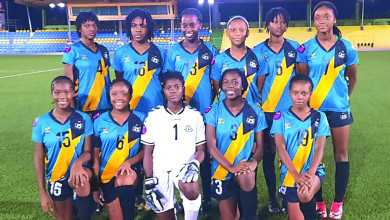 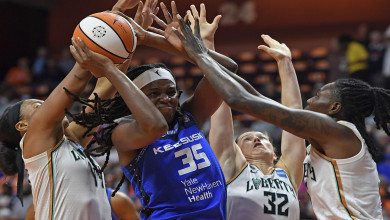 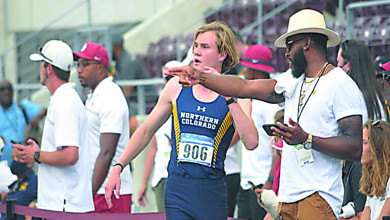