The Bahamas will still be on a European Union blacklist when it is implemented on October 1, after having not been able to get removed from the Financial Action Task Force (FATF) gray list as previously anticipated, Attorney General Carl Bethel said yesterday.

“The Bahamas faces the immediate imposition of a potentially devastating blacklisting by the European Union,” he said in the Senate.

Bethel said The Bahamas will likely remain on the FATF list until at least February 2021.

“This pandemic has totally derailed our efforts to get off this blacklist,” he said.

“And that difficulty, beyond all of our control, leaves us now on the horns of the European Union blacklisting. And we cannot only get before October 1, but we can’t get out by November 1.

“We can’t get out apparently until, if things go the way they are going, we would hope that an onsite would be held in sufficient time for The Bahamas to get off the FATF blacklist at the earliest in February 2021.

“That is the unfortunate position that this country is in due to circumstances beyond our control.”

The Bahamas has been included on the FATF’s gray list of countries with strategic deficiencies since June 2017 “due to the adverse mutual evaluation by the CFATF (Caribbean Financial Action Task Force), which was completed in 2015”.

Bethel said The Bahamas has made major strides to bring the country into alignment with FATF regulations, improving from having met only 18 of 40 requirements in 2017 to having met 30 by the end of 2019.

But Bethel said the novel coronavirus (COVID-19) pandemic has held up further progress, delaying an FATF onsite assessment that was imperative for the country’s removal from the list.

The visit was initially planned for April, when the globe was in the throes of a first wave of COVID infections.

Then, in May, the European Commission (EC), an arm of the EU, placed The Bahamas on its blacklist of countries it states have strategic deficiencies in their anti-money laundering/countering the financing of terrorism (AML/CFT) regimes.

But Bethel said efforts to reschedule the FATF assessment before the October 1 imposition of the EU blacklist were unsuccessful.

“…Unfortunately from that time until this, we have not been able to persuade the International Cooperation Review Group of the Americas, which is the agency that was assessing The Bahamas, to come for the onsite,” he said.

“There have been several dates suggested, and every time we agreed, the next e-mail would come back saying we have to push it back. And it’s now reached the point where we don’t get a reply.

“Well, it’s pointless now because the plenary that we were hoping to be able to, after an onsite [visit], obtain the delisting from the FATF gray list is set for the end of this month.

Bethel said the European Commission has more requirements than FATF.

“Having reserved the right to demand greater or higher levels of compliance than the FATF, the European Commission, over the past several months, has reached out to The Bahamas at the technical and political levels to indicate its concerns over and above those of FATF,” he said.

But Bethel said attempts by The Bahamas to resolve the European Commission blacklisting from a multilateral standpoint were consistently rejected by the EU.

“The European Union would bust all attempts led by The Bahamas’ ambassador to Brussels, Her Excellency Maria O’Brian in the Organization of African, Caribbean and Pacific States, to respond on a multilateral basis,” he said.

“This is indeed an unfortunate turn of events, and by the EU, a breach of international treaty obligations and international law.”

Akia says she can’t stop: drops her stories of love 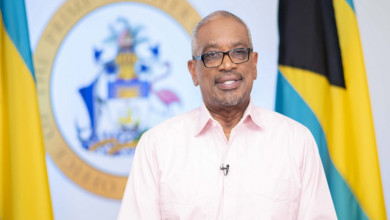