TOKYO, Japan – Athletes and team officials are not the only ones representing The Bahamas at the Tokyo Olympic Games here in Tokyo, Japan.

Lavaldo Coverley, a doping control officer (DCO) from Grand Bahama, working with the Bahamas Anti-Doping Commission (BADC) for the past six to seven years, said he feels privileged to serve in the area of doping control at the Olympics and in the promotion of clean sport.

Coverley was invited to be a part of the process by the Japan Anti-Doping Agency (JADA) in conjunction with the International Olympic Committee (IOC) and is a part of the global anti-doping fight here in Tokyo. Since he arrived in Tokyo on July 19, he’s been busy in the collection and processing of urine and blood samples and assisting in the documentation of blood passports – a new venture of the World Anti-Doping Agency (WADA) in the continuous fight against performance-enhancing drugs.

“I’m proud. I’m happy to be a part of this movement. It’s a blessing and I give all thanks to God for this opportunity. We have to be able to take advantage of these opportunities because they are few and far in between,” he said. “I’m just happy to be able to represent my country. People ask me all the time where I’m from and I tell them I’m from the best place on Earth, The Bahamas. I’m just going to enjoy the time that I’m here and do my part to assist in the fight against doping.”

BADC Executive Director Petra Haven expressed pride in having one of their own on the ground in Tokyo in the anti-doping fight.

“The Bahamas has many Olympic accomplishments to be proud of and we can definitely add one of our very own being selected as a doping control officer for the Olympic Games as another one of those,” she said. “The commission is extremely proud of Lavaldo and we thank him for representing us so well on the anti-doping world stage. Go Team Bahamas!”

Already at these Olympics, Nigeria lost about half of its athletics team as 10

members were declared ineligible by the Athletics Integrity Unit (AIU) as a result of not being tested rigorously enough leading up to the Olympics.

In athletics, a series of missed tests – three over a 12-month period to be exact – is just as punitive as a positive test.

Additionally, high-profiled athlete Blessing Okagbare, of Nigeria, will miss the rest of the Olympics after failing an out-of-competition test, as revealed on Saturday. She had just won her 100 meters (m) heat on Friday and was scheduled to run in the semis on Saturday.

A total of eight qualifying performances for the Tokyo 2020 Olympic Games were rejected following investigations by the AIU and the respective athletes were denied entry spots for the games.

Also, a total of 20 athletes from the seven nations deemed most at risk when it comes to doping have been ruled out of competition at the Olympics.

A number of other athletes have been denied spots, deemed ineligible because of ongoing cases.

“It’s an ongoing fight. For me, basically, it’s just doing the same work that I do at home. We have out-of-competition testing and in-competition testing. We collect samples at homes, training facilities and competition venues. Here, we’re doing in-competition testing where we go to their respective venues and collect samples,” said Coverley. “We do it to create an even playing field for all athletes. Athletes go through a lot in terms of their training, getting things done the right way, dealing with COVID and not being able to practice properly over the last two years, so after all of that, you can’t just have someone trying to cheat the system. Doing what we do is challenging at times, because there are a lot of long hours, but when there is a positive test, it’s validation because that would be one less person in competition who was trying to cheat the system. We are tasked to create clean sports for all and we embrace that.”

Coverley said they randomly collect samples from athletes and there are targeted selections where the IOC tasks them with particular assignments, whether it be at the Olympic Village, practice arenas and tracks or competition venues. There is a doping control station at each location where athletes compete and stay, and DCOs work around the clock.

The samples that are taken are sent to a lab to be tested and there are no names on the samples, just codes. If a test is suspected to have an illegal substance, it’s reported to the testing authority, which could be WADA, the IOC, or if it’s back in The Bahamas, it could be the Bahamas Association of Athletic Associations (BAAA) or other national federations.

Coverley said they do a lot of training as well.

“We talk to clubs and show them the collection procedures and how we operate. We let them know the process and what is required of them at in-competition and out-of-competition testing,” he said. “At the end of the day, we work a lot of long hours and there is a lot of training.”

Doping control is transitioning to a full digital system, utilizing a new digital platform where all data is stored and evaluated.

As a result of the magnitude of the Tokyo Olympic Games, DCOs from national anti-doping organizations from around the world were flown into the Japanese capital to assist local officers in working at doping control stations, thereby protecting and upholding the value of “clean sport” at the world’s biggest and most prestigious sports spectacle.

Jesus is the ‘bread of life’ 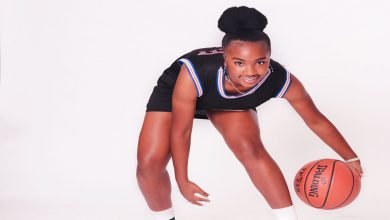 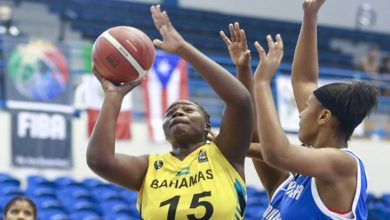