Jack Knowles, 68, has been participating in Junkanoo since he was 10 years old. For the first time in decades he found himself sitting at home twiddling his thumbs with cancellations of the Boxing Day 2019 and the New Year’s parades due to the COVID-19 pandemic. With no preparations to engage in to get to Bay Street, and then having to sit at home on days that he would have rushed in parades, he said felt like something was missing in his life.

“I felt hurt,” said Knowles, a Valley Boy to the core.

“It was a void when we didn’t have anything and it’s been a void for weeks. A lot of people don’t understand the devastation people felt at not being able to participate in Junkanoo. It’s a void in the Christmas celebrations.”

This from a man who had gotten engaged on Christmas Day 1977, and was on the sidelines with his fiancée that year when he saw the parade coming. He snuck away from his newly minted fiancée and ended up in the middle of the Valley Boys rushing.

“She said, ‘What happened?’ I said the bathroom line was long – that’s how serious it is. The feeling is unbelievable.” Suffice it to say, Knowles said he lost that fiancée.

Being at home on those days he would have rushed Bay Street he said felt weird and that he had no idea what to do with himself.

“My eldest son, he looks forward to [Junkanoo and preparing to rush], and he’s now 45. He said to me, ‘Daddy what we gone do?’ We started cleaning and painting the house because we were always busy and doing things with our hands.”

For Knowles who blows a rhythm horn, he said Junkanoo is a “family thing” – his house turns into a literal Junkanoo shack.

“It’s a total family thing, except for one brother and one sister; all the children participate – myself, my two sons and granddaughter, my sister, her daughter, my other sister and her son, the grandchildren and all the nieces, and my baby brother, all participate.”

Marvin Roberts, 41, Saxons’ head of bass, a 27-year Junkanoo participant has been participating in the cultural event since the age of 14. He said he found a silver lining in the cancellations.

“In a way I did feel li’l bad … but happy at the same time because I got to spend time with the family. I didn’t have no practice on Thursdays and Sundays, so there was time to make up with the family. I used to get row all the time going to practice, and I didn’t come home tired.”

Monique Seymour, 50, a Roots dancer, said to maintain her sanity knowing she had no parades to participate in, she found herself cutting crepe paper and ended up making a door wreath to give it a spirit of Junkanoo.

“If I didn’t have state of mind, I would have ended up in the hospital. I had to stay calm and know that it’s a pandemic.”

Seymour has been participating in Junkanoo since the age of eight.

“Christmas Day [2019] was the first day I opened a gift on Christmas Day. I usually open my gifts after New Year’s because I spend all my time in the house, pasting.”

Her family she said was also excited to have her home and engaged fully on the day.

“My grandbaby was excited. My three sons were excited. It made me feel a little like I neglected them [over the years]. But she said no matter the time she spent in preparing to get to Bay Street, she always made certain they had their gifts and Christmas dinner, and that her home is decked out in holiday splendor.

Commonwealth Brewery Limited (CBL) through its Kalik brand, cognizant of the withdrawal symptoms Junkanooers had to deal with over the holidays not being able to go to the big dance on Bay Street, stepped up, and offered Junkanooers outlets through various mediums to express themselves, and voice their passion for the cultural phenomenon, seeing that participation in parades was not an option.

Waylon McHardy, Kalik senior brand manager said their goal was to highlight talented Bahamians across the Junkanoo community and showcase their love for country, culture and Junkanoo, even though COVID-19 resulted in cancellations of the annual parades.

“Junkanoo is the ideal metaphor which solidifies the core attributes of the Bahamian spirit, faith, resilience and brotherhood. Daily, these attributes are manifested by our vibrant, proud people,” said McHardy. “In 2019, we asked The Bahamas a question, ‘Who are We?’ and the rallying cry was, ‘We are Junkanoo!’ This year, we posed the exact question and received an uplifting and fitting response, ‘We are Bigger than Bay!’”

Knowles, Roberts and Seymour may all rush for different groups, but one thing they agree on, it’s that they don’t want a second year of Junkanoo parade cancellations.

“I don’t think I can miss Junkanoo again this year,” said Roberts.

He said Junkanoo makes him happy.

“When you’re beating that drum it takes everything away, because if you’re stressed, it shows in the music. And I miss just talking to my colleagues. I miss carrying the drums on Bay Street and sitting down at the fire trash talking, cause us and the Valley share the same fire. And if they do bad, they come by the fire sad.”

Roberts is one of those people who if Junkanoo starts at 10 p.m., he’s on Bay Street by 5 p.m. at the latest.

Knowles said as far as he’s concerned, cancellations of parades for one year is enough.

As for Seymour: “If I miss the 2021 parades, I will really have to check myself in.” She said not even the side parades that they participate in like the Independence rush would be able to satisfy her appetite for the yuletide rushes.

“Junkanoo is like a sigh of relief. Emotionally it takes away a lot of stress – it stabilizes you.”

Seymour said the effort she gives rushing means she can sleep for up to two days afterwards to recover.

“The amount of energy you use on Bay Street for those few hours, is like exercising for a week. Sometimes you sleep for two days after.”

Reportedly, in the annals of recorded Junkanoo history, this is only the fourth time formal Junkanoo parades have been canceled – Boxing Day 1922; after the Burma Road unrest 1942-1947; and 1953 – and those cancellations were reportedly all due to civil unrest. 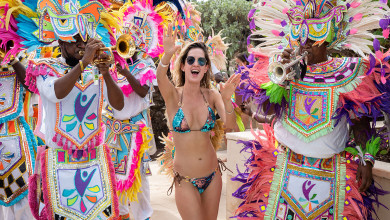 ‘Sizzle’ heats up The Cove 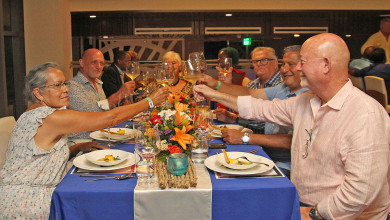 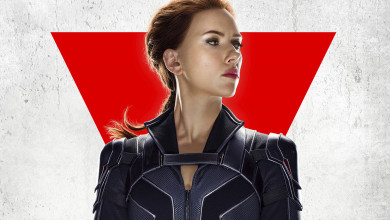 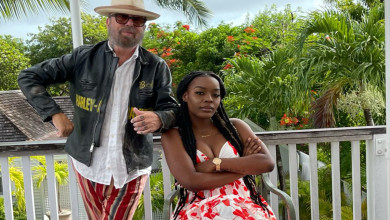