After a two-year pandemic pause, members of the Baptist faith took to the streets to engage in what is an “institution” for the faith, the crowd-drawing Baptist march. Reverend Dr. Michael Symonette, executive secretary, Bahamas Baptist Missionary and Educational Convention, said as he traversed the streets of New Providence, that, for Baptists, the march was a display of their “strength and unity under President Reverend Dr. Lloyd C. Smith”.

“It was unification,” said Symonette. “We had been apart for a while, and we came back unified.”

The march was named in honor of Reverend Dr. Lockwood Deleveaux, pastor at Hillside Baptist Church.

“We have re-energized ourselves, revitalized ourselves and have made a renewed commitment to work together as one under Rev. Dr. Smith who we are calling our crisis pandemic president who has steered us through this difficult time,” said Symonette.

The parade he said is a way for them to show people that they are strong in their faith and to show that they make a positive contribution to society.

Symonette said the parade showed that the Baptist faith is alive and well in the country and that their legacy continues.

“We carry on a rich heritage from our forefathers,” he said.

The parade concluded the 64th Baptist Week celebrations, which kicked off with a service which focused on spirituality and feeding the spiritual man and woman at Pilgrim Baptist Temple on St. James Road on Tuesday, October 11.

That was followed by a lecture series at Fellowship Missionary Baptist Church in honor of the church’s forefathers on Thursday, October 13; a banquet during which Baptists were recognized on Friday, October 14, and concluded with the march through the streets of New Providence on Sunday.

“Of course, we try to be balanced in our Baptist denomination and we had a myriad of activities going on throughout the year, especially with a strong focus on education, because we believe strongly in education,” said Symonette.

Over the years, the parade has also become the place where “fashion” takes center stage and is a major draw for people to observe.

“We had some very distinctive first ladies and women in our churches that have a very unique style of dress – that was not the original intention of the march – but over the years, that has bloomed and blossomed. Our women show they are proud Baptists and share that in their elegant attire.”

Betty Thompson, wife of Pastor Reverend Dr. William Thompson of Faith United Missionary Baptist Church, previously told The Nassau Guardian that she recalled returning home from the United States in 1990, and Baptist women still taking to the annual Baptist Day March in their robes and choir caps, and of pulling out a handkerchief to add flair to her parade presence. She remembers the “fashion thing” that she picked up in the United States being laughed at and people telling her she was holding her dishcloth as she participated in the march. She said she was just being herself.

“I’m always a fashionable person and love my hats. When I came back, I said I’m going to be me,” she previously said.

After her first handkerchief-toting year, she said the hats came into play, became fashionable, and just started getting bigger and bigger as people added the bling.

Thompson told The Nassau Guardian she did not only want to be an outside show. She wanted the show from the inside out for the glory of God to shine through her as an example as to what a first lady can be – fashionable and a role model – and that she does not have to be “all hum-drum”.

She expressed pride that Baptist women trailblazed their path on the parade.

“I think we’re just being ourselves for the glory of God. I’m proud of us as Baptist women as we continue to be trailblazers for the next generation to come with modesty and godliness within our hearts,” she previously said. 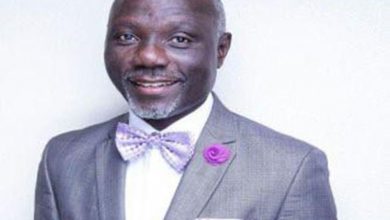 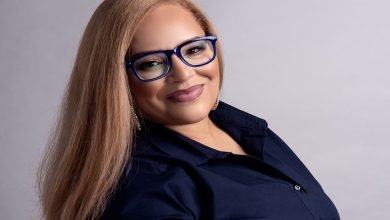 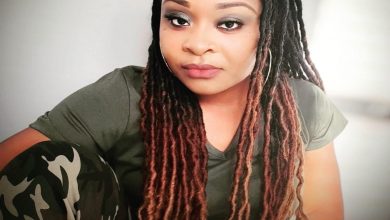