‘Tis the season when political parties pound the pavement in hopes of securing votes from traditional and new supporters.

That pavement over recent election cycles has expanded to social media and the world wide web, which offers a world without borders for electioneering.

It is also the season when major political parties, aided by public relations advisors both foreign and local, create and sponsor advertisements pushing their message of accomplishment and promised change, while castigating their opponents as having failed on promises and delivered poor governance.

Bahamian YouTube and social media users have probably already grown weary of endless paid political advertisements, some of which bear the sponsor’s identifying tagline and others that do not, though the party such ads promote is obvious.

Both ads have a high production value and quality, and meet the mark in terms of editing, visual representation and style.

But that is where the similarities between both ads end.

As expected, the FNM’s leader has chosen to use the COVID-19 pandemic as a primary campaign plank.

In his ad, shot in Doctors Hospital in the nation’s capital, Minnis sought to portray himself as a physician with steady hands who has “saved lives”, and guided his country to success in the COVID-19 pandemic.

Using the global spread of a deadly disease as a canvas upon which to paint one’s case for re-election is distasteful to some, and in the context of ad analysis, ultimately opens the prime minister up to be graded on how he managed the pandemic based on the claims his ad makes.

Voters will not soon forget that the country’s second and deadliest wave of the COVID-19 outbreak occurred stemming from Minnis’ emergency order that removed the pre-testing requirement for residents who traveled abroad for a period not exceeding 72 hours.

The decision, which even the country’s Attorney General Carl Bethel called an “error” that “we paid dearly for”, was made during the height of the United States’ deadly second wave, and ultimately resulted in thousands of new infections and scores of deaths.

Local testing that could have caught new clusters of cases after July 1, before they progressed into uncontrolled community spread, was scaled down instead of ramped up as was called for by health professionals.

The cost of Minnis’ error is not only counted in the most precious aspect of lives lost, but in the financial loss to workers and to businesses forced to shutter and scale back operations, as a result of fresh lockdowns aimed at curbing the new outbreak.

As a doctor, it was expected that Minnis would immediately appreciate the value of constant consultation with private physician groups and unions representing public healthcare workers, so as to devise the best possible strategies aimed at protecting the lives of health professionals, and the general public.

Yet throughout the pandemic, these groups complained of lack of consultation and productive involvement in the decision-making process, and unions representing public healthcare workers who suffered large numbers of COVID-19 infections and some deaths, regularly complained of being unaware of government’s plan to adequately prepare for and respond to potential surges.

Minnis’ decision to shoot his ad in a private medical facility as opposed to the state-run Princess Margaret Hospital (PMH) perhaps tells the deepest story of all about how Minnis, who spent years practicing medicine at PMH, views his own government’s performance in improving conditions at the country’s premier public hospital.

His and his team’s choice to shoot at Doctors is akin to a mother producing an ad about how good a homemaker she is, but choosing to shoot the ad in someone else’s home.

If PMH was in a state the prime minister could be proud of, it is reasonable to think he would have opted to shoot there.

The public healthcare system is traditionally plagued by challenges, and under the Minnis administration was also plagued by underfunding that left some observers questioning how much of the budgetary decisions for public health this term were made strictly due to revenue constraints, or due also in part to a desire to limit the potential success of former Health Minister Dr. Duane Sands, whose frosty relationship with Minnis is one of the worst kept secrets in politics.

The healthcare professionals at Doctors Hospital continue to perform valiantly and exceptionally during the pandemic.

Meanwhile, Minnis’ decision to feature the proud professionals of Doctors while not also featuring public healthcare workers in his marquee campaign about the country’s pandemic response is in effect, art imitating life.

Public health nurses also perform and assist in the yeoman’s task of testing, surveillance and contact tracing nationwide, all amidst their complaints of inadequate levels of personal protective equipment, their own battles with COVID-19 infections, and despite enduring protracted periods of unsettled payment disputes.

Since healthcare workers in both the public and private sector have worked together on the front lines to battle COVID-19, an ad boasting of success in the COVID-19 fight ought to have featured professionals of both segments.

PMH and public clinics are the government’s responsibility.

Omitting them from Minnis’ marquee ad speaks volumes about how both the facilities and those who work therein, are valued.

Finally, the ad cuts away to scenes featuring the minister of education at a public school, with children receiving personalized instruction in class via tablets.

That scene would be wonderful if it represented the reality of most public schools, which it of course does not.

If the scene suggests a promise of what could happen for the future, it may be more digestible if present-day problems would have been adequately addressed, including but not limited to how students who have been forced to be out of the classrooms since last year, will be accommodated in making up valuable instructional time lost.

Though some parents indicate a good experience with virtual learning for their children enrolled in public school, there are countless more children whose experience therewith has been anything but productive, putting them at risk of falling far behind the potential academic achievement of their peers.

The production of Davis’ ad effectively captured the standout pressure points of the ongoing pandemic.

The scripting also allows Davis to capitalize on what is viewed as his strongest point, which is his known willingness to help individuals regardless of their political persuasion.

Seeking to draw a contrast to criticisms leveled against the Minnis administration that it lacks empathy, it is clear that Davis intends to establish himself as the polar opposite of such a disposition, appealing to and identifying with his party’s base, while paying homage to the PLP’s historical roots of being the party of the downtrodden and the small man.

It is an attractive message that appeals to one’s basic sensitivities, but a key weakness exists.

While it is important to place appropriate focus on changing not only the social conditions of the nation’s poor, but facilitating change in factors that contribute to such conditions, not all Bahamians are poor and downtrodden.

While Davis would of course know this, there is an implicit though perhaps unintended message in such sentiments, that while poverty is not a disgrace, living above the poverty line makes one less entitled to the kind of policy focus and attention that addresses their needs.

The needs of the poor must be addressed, but so must the needs of the middle-class who shoulder the brunt of the country’s economic burden, and whose financial security is increasingly eroded by taxation and policy directives that are counterproductive to growth.

The message of Davis and the PLP must be broader than a critical focus on the poor, if they are to appeal to a wider cross-section of voters who ought not be made to feel guilty or less significant to progress because they did not grow up impoverished.

The party must figure out how to strike a balance between remaining true to its base and connecting with all social and economic classes, so as not to alienate one segment in order to cater to the other.

In his ad, Davis speaks about lifting the common man and the impoverished above their current social and economic standing.

When the common man or woman gets up, there needs to be a stable and vibrant middle class that supports and builds an economy which can readily absorb better equipped workers, and bolster new entrepreneurs with business plans suited for success.

Ease of doing business and access to capital roadblocks that constrain economic opportunities must also be lifted by the major party seeking to unseat the Minnis administration, if Bahamians in both the lower and middle economic classes (such as they can be defined today) are to be facilitated to reach their highest potential.

The Bahamas absolutely needs compassionate leadership, and it also needs leadership ready to address the pressing needs of all Bahamians.

That readiness must also exist within the leader’s team, which Davis chose to feature, but that was not featured by Minnis.

In the battle of the ads, deeper stories are told than what meets the eye.

We just need to take the time to recognize those stories, as well as our place in how those stories ought to end.

Demand moves Atlantis to open The Royal on March 11 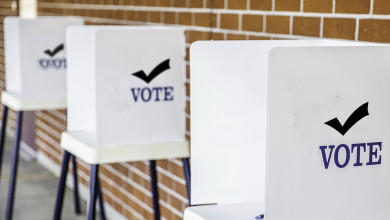 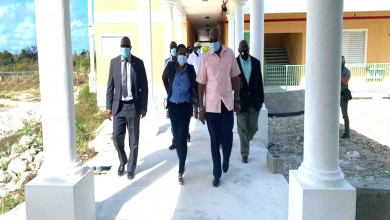 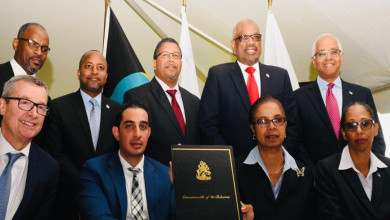 ‘Something is better than nothing’ 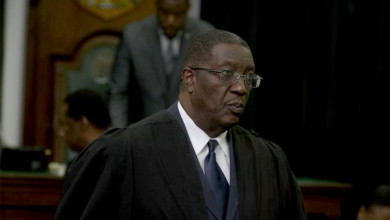