The Bahamas Commercial Fishers Alliance (BCFA) noted in a statement yesterday that it wants to see the commercial harvesting of sharks on a temporary basis, replying to and agreeing with Deputy Prime Minister and Minister of Finance Peter Turnquest’s assertion Wednesday that sharks have become a danger to fishermen.

Turnquest said in the House of Assembly that efforts to protect sharks and sea turtles are making them a danger and nuisance to fishermen, as he called for the Ministry of Agriculture and Marine resources to look into the matter.

The BCFA stated it supported the protection of sharks in 2011, but now agrees that they have become a danger to commercial fishermen.

“In 2011 the BCFA supported the protection of sharks in The Bahamas through the establishment of a shark sanctuary, with the understanding that the state of the shark population would be assessed after ten years,” the BCFA statement pointed out.

“The protective measures are successful as we see an explosion in the shark populations, however with this success comes the hazards of overpopulation, which unfortunately increases the competition for food, causing the animals to seek other food sources.

“Sharks now equate the sound of boat engines with food, where any water-based activity has the potential to bringing these apex predators in contact with man as sharks aggressively hunt for food.

“We recommend the government explore the possibility of temporarily lifting the ban on harvesting sharks for a minute period that would allow culling to balance the population. This, we feel, would eliminate the need to seek non-natural feeding sources and encourage the animals to engage in natural predation.”

Executive Director of the Bahamas National Trust (BNT) Eric Carey was heading into a meeting yesterday evening to discuss the issue raised by Turnquest and the BCFA’s announcement on its position.

Carey told Guardian Business that the BNT would likely issue a statement on the matter.

The 2011 amendment to the Fisheries Resources Act prohibits the fishing, sale, export and import of any shark or shark part.

Cable Bahamas rehires some employees laid off in 2020 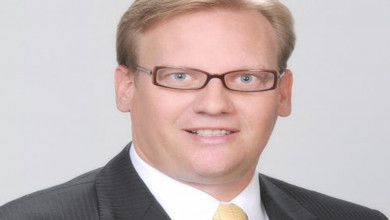