The most sacred act of holy communion was incorporated into Bahamas Harvest Church’s (BHC) first in-person service since March 15, 2019, but before inviting worshippers to partake in the COVID-friendly consecrated Communion wafer and wine – which becomes the body, blood, soul and divinity of Jesus – BHC Senior Pastor Mario Moxey cautioned members that Communion is not for everyone, but rather for those people who have accepted Jesus Christ in their life. And that by participating in Communion that they should view it as an altar call.

“This is the equivalent of you walking down the aisle saying ‘I want to give my life to Jesus Christ’. This is why we don’t just take Communion as a tradition so flippantly. This is a sacrament, and so our hearts have to be right,” said Moxey before he took in his personal packaged “body and blood” of Jesus and invited those members that felt Communion was right for them to do so, to do so while also remembering that Christ’s body is his church.

“I thought it so fitting for us as we get together corporately,” said Moxey. “And that’s what we want him to do with us – put us back together again corporately. We haven’t been separated spiritually, we’ve been connected with one other, but today we’re physically coming back together, and so today we want to remember him. I invite you to celebrate communion with us the remembering of Jesus Christ’s body – that’s us.”

Moxey said taking Communion as church members join together corporately in a physically distanced service on Sunday, January 3, was fitting for their first in-person service back, during which his sermon centered around the question: “Who Drank My Wine?”

During the service which was also the first of 2021, Moxey told BHC members that God really desires more than anything else in the world for them to be renewed and refreshed in his presence. He said God wants to fill his people with his presence – hence the title of his series, “New Wine” and the question of who drank it which he sought to answer for them.

“New wine is the ever flowing, abundant life of Christ that’s within us,” said Moxey. “New wine is symbolic of the God kind of life that he desires to have in us and he’s pouring into us. And this God kind of life is flowing in us if the new wine is symbolic of that, then that means that the wineskins must be symbolic of our capacity to handle the new wine that we are being renewed in our minds, in our thoughts, and in our hearts in order for us to receive what God is pouring in us; ‘cause he’s pouring this wine in us and it’s bubbling and flowing, so we have to be the containers to receive it.”

Moxey said new wineskin means people sacrificing their flesh to live holy and giving their bodies to the altar of sacrifice to live holy, sanctified, and separated for God’s use.

People who may have been brash, harsh, and confrontational, he said once they’ve been renewed, they approach things differently and are more graceful and kind.

Moxey told his members that God wants to pour into their life new wine, but that they have to be willing to be renewed.

After explaining the process as to how wineskins came to be able to be reused, Moxey said for God’s people renewal happens in soaking their skin in water, which means immersion into the word of God, which he says exposes people’s innermost thoughts.

But he said too many people find it easier to stop sinning, and close the book. The only word they then get, he said, is on Sundays.

“Spiritual change does not come easy. It requires sacrifice. There is always a price to pay to grow in the faith.”

Moxey said too many people are not prepared to give up anything for God, and that they want to be able to call themselves Christians and still be able to do everything the world offers.

“This renewal process requires sacrifice. We have to let go of something that we really want to hold on to,” he reminded them.

Renew skin or get stuck

For believers, renewal is not optional, said Moxey.

According to the pastor, in a lifetime, a person will go through several seasons of renewal and that at no time does it mean they have backslidden. He said it’s usually an indication that the season and assignment of the wineskin they have at the time had been outlived and they need to renew. He said God is calling his people for something else and that they then have to make the decision to change their thought pattern, change the words that come out of their mouth and change the way they behave, and be renewed.

Moxey said because God loves his people, he knows he can’t pour more of his presence into them when they still have old skins, because they couldn’t handle it.

He told the congregants that wineskins also have nothing to do with a person’s age or whether they are saved, but simply stuck in yesterday’s pattern and way of doing things.

Too many people he said are stuck in their past from hurts and pains to bitterness and resentment and have not allowed the Holy Spirit to rub in their hearts and lives, so they can overcome the issues.

Moxey told the congregants that God wants his people to be renewed and receive his new wine, but that the choice will always be theirs as to whether they allow new wine to flow in them or be stuck.

“God does not waste pain. God does not discard your life experiences. He uses whatever it is that you went through in life – your hurt, your pain, your history, he uses all that stuff and he builds upon it. You may be ashamed of your past, but God isn’t. God will take your past and he will shape your past, he will renew your past so that you can go from glory to glory, from faith to faith, from grace to grace. God is taking that tired, old worn out skin, and he’s giving you a makeover, because that’s the kind of God we serve. He takes all that stuff of the past and never discards it, but he uses it and renews it so that you can be refreshed and renewed and regenerated. The same you, but made new.”

Moxey reminded his members that God said he would take all their imperfections and mistakes to make another instrument through which they can give their life to the honor and glory of God.

“Your old skins may be worn, but if you’re willing to go through the renewal process God says I’ll make you anew. This is why reset is so important, because there are glitches that we have in our operating system and we do need to hit the reset button to get rid of the errors. And as you renew your skin with the washing of the water of the word, and with the oil of the Holy Spirit, God so desires to give you a fresh start if you’ll let him. This is a season for us corporately for all of us to renew our wineskins so that we can receive the new wine that he has in store for Bahamas Harvest Church. Corporately, this is a time for us to grow in the faith. What a beautiful way to start a year,” said Moxey. 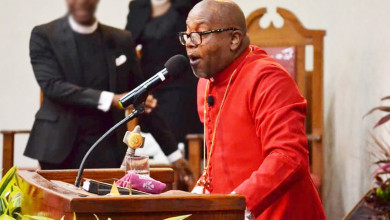 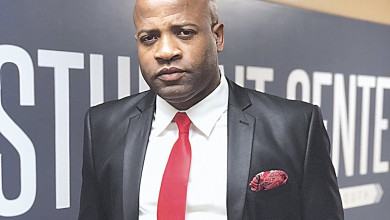