The Bahamas Petroleum Company (BPC), which began drilling an exploratory oil well in Bahamian waters last month, on Saturday praised a recent announcement by Prime Minister Dr. Hubert Minnis that his government will fast track the implementation of a sovereign wealth fund.

BPC said it was “delighted” to note Minnis’ statement of his government’s intention to implement a sovereign wealth fund “in line with similar funds maintained by countries, so to enable accumulation of wealth for the national benefit from natural resources”.

BPC CEO Simon Potter said: “The many natural resources in The Bahamas, including its potential oil resource, have the capacity to add an entirely new income stream to the government of The Bahamas, thereby diversifying the economy and significantly broadening the government’s revenue base.

“We are thus delighted with Prime Minister Minnis’ statements today indicating how the sovereign wealth fund will be brought to life.”

The comments came as BPC continued to face backlash, both in The Bahamas and internationally, over the environmental risks associated with its drilling.

Speaking at the Bahamas Business Outlook, Minnis said the government is fast-tracking the implementation of a sovereign wealth fund, as recommended by the Economic Recovery Committee.

BPC said such a fund could benefit generations of Bahamians, using the example of Norway, which has accumulated “tremendous wealth” through its oil and gas resources.

“Set aside in this manner as a form of ‘national savings’, future income from a sovereign wealth fund can directly benefit not only this generation but future generations through, as in other nations, an annual dividend payment to all citizens, infrastructure development, educational and vocational subsidies and the like,” it said.

“One of the world’s most well-known sovereign wealth fund is that of Norway, which has seen tremendous wealth accumulated for the benefit of all Norwegians, as that country’s oil and gas resources have been successfully and safely developed over the past five decades.”

It added, “Most relevantly, BPC has oil production operations in Trinidad and Tobago – a Caribbean country that has successfully maintained just such a sovereign wealth fund created from the surplus income generated from its oil and gas wealth and derived alongside its buoyant and lucrative tourism income.”

Attorney General Carl Bethel previously said the government hopes to renegotiate the royalties agreement with BPC should oil be found.

He said the current arrangement would “shortchange” Bahamians.

Bethel said the approval for oil drilling and the original leases, which were given by the first Christie administration, stipulated that royalties were to be based on a percentage – between 12 percent and 25 percent – of “the net petroleum won and saved from the licensed area”.

The attorney general said that despite consultation with the Commonwealth Secretariat, which advised a percentage between 45 percent and 75 percent of net selling value, the second Christie administration renewed the leases with no changes to the royalties provisions.

However, in its statement on the sovereign wealth fund, BPC claimed that if it were to find commercial quantities of oil, royalty payments would provide excess cash to “promote and safeguard” the wellbeing of Bahamians.

“Royalty payments to the government, for instance, if BPC were to find commercial quantities of oil from its exploratory well ‘Perseverance 1’ and thereafter bring that oil into production, would provide exactly the kind of excess cash the prime minister envisages to be paid into a sovereign wealth fund,” it said.

“Once established, such a wealth fund would allow the government a much greater degree of choice than currently exists to promote and safeguard the wellbeing of all Bahamians. Choices, for example, to pay down the national debt, or to invest in infrastructure and services that better the lives of its citizens – the possibilities are many.”

As BPC ramped up to begin drilling, it faced mounting opposition from certain quarters, including court action from environmental groups, though it was not named as a party in the action.

However, drilling commenced in December despite the efforts of local environmentalists and attorneys to stay oil drilling pending a judicial review.

While Justice Petra Hanna-Adderley refused the stay application, she earlier this month granted leave for the judicial review, which is currently set for February 17 and 18. 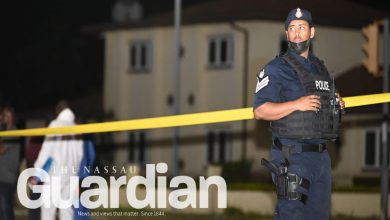 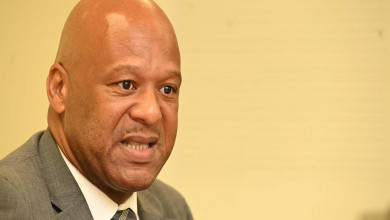