The Bahamas is nearly 18 percent of the way to having 30 percent of the country’s energy supplied by renewable energy, Bahamas Power and Light’s (BPL) Director of Public Relations Quincy Parker said yesterday, adding though that there is still a lot of work to do.

Parker, who made the remarks while a guest on Morning Blend Business, said the power corporation is headed to Ragged Island next week to commission the solar array that will supply the island with 24-hour power through the use of a battery energy storage system.

Parker explained that the Ragged Island array will be a proving site for future solar systems that are expected to be constructed throughout The Bahamas.

“The incredible aggressive goal of having 30 percent of our energy supplied by renewable sources by the year 2030 is something BPL remains committed to,” Parker said.

“The last that I checked with our renewable energy superstar Director of Grid Solutions and Support Services Burlington Strachan, we were a little over 17 or 18 percent of the way there.

“We have a lot of work to do in that regard. We are, of course, excited about the Ragged Island renewable micro-grid, which we intend to complete commissioning next week.”

Parker called Ragged Island the “learning lab” for solarizing other parts of The Bahamas and explained that tenders have already gone out and come back for grids in places like Andros, Eluethera, Exuma, and Inagua.

He added that micro-grids will also be built at five sites on Abaco “to ensure critical government services are not interrupted” as they were during the passage of Hurricane Dorian.

Parker said those new solarization projects are dependent upon the success of the rate reduction bond, which could be in limbo under the governance of the Progressive Liberal Party (PLP) government.

Parker explained that he could not say if the new administration will move forward with the bond.

“The perspective of Bahamas Power and Light Company Limited is that the minister will do as he says and satisfy himself of the best course forward for the Bahamian people and then embark on that course,” he said.

“We are committed to continuing our operations and continuing to serve the Bahamian people and once the minister has satisfied himself with what he determines to be the best course forward, I’m sure that will be communicated through the appropriate channels.” 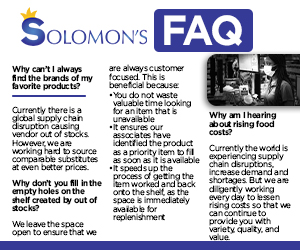