Michell Evans realized the importance of knowing her HIV/AIDS status after the death of two of her family members. At the age of 28, Evans lost a cousin who had contracted the disease en utero from her mother, who also succumbed to complications from the disease.

Evans recalled that her cousin had been a beautiful, healthy-looking young lady, who no one would have believed was sick — that was, until she got an injury that never healed.

“My cousin was born with the virus, but she never got tested. She got injured and her wound turned into an infection which caused her to pass away at the age of 28. I know that if she had gotten tested earlier, she could have still been here with us,” said Evans.

The death of her cousin was also the end of a lineage. Her cousin was her aunt’s only child and she had no children of her own.

Evans was one of over 80 students who participated in the Bahamas Technical and Vocational Institute’s (BTVI) HIV Testing Day, in partnership with the Ministry of Education.

Losing her aunt and cousin to the virus has made Evans aware of the importance of getting tested. She believes it is important for young people who are sexually active to get tested regularly so that if they do contract the disease, it can be treated.

“You’re entering the real world when you get in college. College on its own is enough to deal with, and no student should have to deal with contracting or treating a disease that could’ve been prevented or treated,” said the business office technology major.

“It’s especially important for young people coming out of high school, because once they’re out of their parents’ boundaries, they begin to explore and can get carried away,” she said.

For the seventh year, students, staff and faculty queued to get tested to know their HIV/AIDS status. The test required a prick of the finger with results available within 15 to 20 minutes. On-hand to facilitate the free testing were healthcare workers from the HIV and AIDS Centre of the Ministry of Health, who gave pre- and post-test counseling. The ministry’s campaign thrust this year is, “Get Tested Bey” (GTB).

Overseeing the event was Nurse Georgette Morris, who said it is imperative everyone gets tested regularly in the event the virus is contracted so that it can be treated to make the quality of life easier for the affected. Morris said there are many free clinics available for those infected to receive treatment.

BTVI student Edwinique Culmer was also tested. Culmer also lost a family member to AIDS and is adamant about being careful and knowing her status. She encourages others to do the same.

“Losing my family member made it critical for me to constantly be aware of my status. I watched her wither away, so I’ve seen what the virus can do to the human body and it’s very scary. Witnessing this really gave me awareness that getting tested is something that I have to do,” she said.

Raquel Bethel, BTVI dean of student affairs, said BTVI will continue to support National Testing Day which was first observed in 1995 by the National Association of People with AIDS.

“For the past seven years, BTVI has been proudly supporting the campaign to encourage HIV/AIDS testing and ensure that our students and campus community get tested and know their status. The AIDS Secretariat of The Bahamas has truly championed the cause of HIV Testing Day. In fact, we rely on them to provide us with the testing, counseling and HIV behavioral approaches for prevention. We look forward to continuing to observe and promote HIV Testing and awareness among our students,” said Bethel.

To date, over 500 BTVI students have been tested and know their status.

Why don’t we build porches anymore? 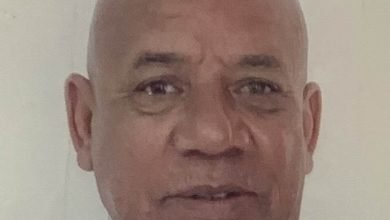 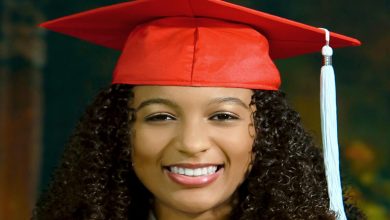