Caden Smith was 11 years old and in fifth grade when her “altruistic spirit was sparked” by the sight of a man rummaging through trash, scavenging for food. That incident, the now-16-year-old recalls, “tore her insides apart”. She was in turn challenged by her mother as to what she would do about it if it bothered her that much, and how she would make a change. That resulted in Smith launching the Red Nose Day Bahamas initiative to raise funds with a desire to help stamp out hunger in The Bahamas.

Since that fateful day, Smith, a student at St. Anne’s School, has assisted with the national lunch program; helped to ease the burden on families after Hurricane Matthew by providing funding on islands like Grand Bahama and Andros for meals for her peers; and pre-pandemic, served breakfast to students at Sandilands Primary School every Tuesday.

As the teen puts it, “COVID introduced itself – [but] could I let this virus cause my spark to die? A definite no!”

The daughter of Letitia and Livingston Smith took it upon herself to find another way to “fan her spark” and keep her initiative alive. In the pandemic, she took to distributing weekly care packages, which contained groceries, toiletries and sanitizing items needed to sustain a family. She also placed within each package a fun treat for the children. This distribution took place over eight weeks to more than 30 families each time.

Today, she continues to distribute parcels and said she is eagerly looking forward to returning to Sandilands Primary School to dole out healthy snack packs to the children.

Caden shared her story of the past six years during Mothering Sunday Service at Christ Church Cathedral, and encouraged her peers to not let what others think of them and say about them cause their “spark” to die, when it hasn’t been lit yet.

“When you become discouraged, and feel like your spark is dying, seek some assistance from positive like-minded persons,” said Caden. “But most of all, seek counsel in God’s word. Let God’s positivity enlighten you and block out the negativity that surrounds you. Your little spark is filled with meaning – do not let it fade away. Let it keep burning.”

She told them she did not realize that the fateful day she saw a man rummaging through the trash would be the spark that would light her fire and make it ready to burn.

“It only takes a spark to get a fire going,” Caden told her fellow teens. She also told them that they each had a “spark” in them just waiting to burn and that they as “children of God” are called to fulfill their purpose to Christ.

“When I think of a spark, I think of a small flame that turns into a big fire. Once there is a small flame, we have no doubt that fire is going to come immediately after. This should be our attitude when God sends our little sparks,” said the teen.

Caden’s lit spark was “fanned” when she arrived home, turned on the television and saw a commercial for Red Nose Day in America.

“Just from the commercial, I knew that was exactly what I was going to do. After I told my mom, my spark began to grow. We both did lots of research and began the journey to making Red Nose Bahamas official. I attended numerous meetings with various officials, sent so many letters that I lost track. I was determined to not let my spark die.”

Red Nose Day is a campaign with the mission to end child poverty by funding programs that keep children safe, healthy, educated and empowered.

Comic Relief started Red Nose Day in 1985 in the United Kingdom, where it’s an every-other-year event and has raised $1.2 billion so far.

In 2015, the event crossed over to the United States where it has become an annual event, with $150 million raised in its first four years.

Caden said God “poured gasoline on her spark” as then-Minister of Education Jerome Fitzgerald found interest in her initiative and forwarded them to Christie who visited the then-pre-teen, fifth-grade student at school to present her with a Red Nose Day Bahamas proclamation.

“My spark was now on fire – lit and ready to burn,” she recalled.

In speaking to her peers, Caden said she did not tell her story because she was asked to, but more so to empower them to know that no matter how small, no matter how old, that they can do anything they put their mind to.

“It only takes us to trust in God and walk by faith knowing that he will keep your spark lit, ignited and burning.”

Even before Caden became a household name for Red Nose Day Bahamas, she had started Party in a Bag in which she hosted birthday parties monthly for children at The Nazareth Centre.

“I guess my spark was lit from then and it just took a little more fanning of the spark. What I did is just a reminder to you all – the little things that you think are nothing – are truly something. They hold worth. They hold value. Your spark ignites your purpose,” she said.

The Oxford-AstraZeneca vaccine is not the mark of the beast, part 1 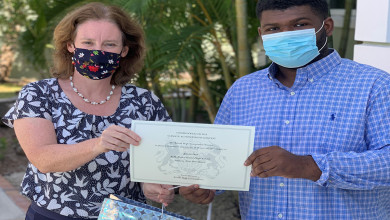 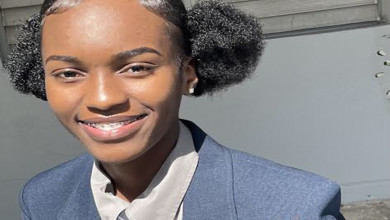 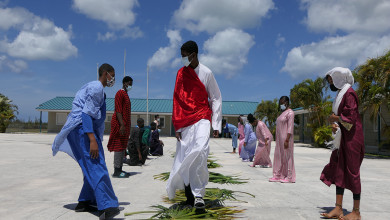