Caliope ‘Cally” Mangos was the 4th child born to Nicholas and Kiriaki Mangos of Kalymnos Greece in Nassau, The Bahamas on March 2, 1929.

This baby girl would grow into a ‘little ‘ giant of a woman.

Cally attended Queens College but formal education was not to her liking and opted to drop out in high school. She had a burning desire to blaze her own little path in life and was determined to be self employed. Cally’s entrepreneurial spirit and strong work ethic kicked in at an early age. She was not afraid to take chances, she understood that in order to succeed she needed to remain focused and work hard. From selling sandwiches on Long Wharf Beach to being a hair stylist for some of the elite with no professional training Cally did whatever she had to do to inch by inch her way towards making her dreams a reality. In 1955 she met ,fell in love with and married George Papageorge from Kalymnos Greece and that loving union produced three children: Christopher, Nicholas and Alexandra. Now more than ever her work had more meaning as it then became about providing and securing a better lifestyle for her children. Cally fought many battles in her life both personal and in the business world especially because back in those days the playing field was not all that even. Cally never allowed anyone or anything to deter her from achieving her goals and if there was a way to do something when there seemed to be no way Cally found the way. Failures along life’s road did not discourage her but only encouraged her to start all over again and push on. Cally opened up her first shop Chris’ Boutique on Fredrick St. Selling shoes she would buy from Bakers shoe store in Miami. When her husband needed her in the restaurant she jumped in without hesitation working side by side to proudly operate the popular Lums Restaurant on Bay St. When a shop space became available next to Lums she acquired that and opened up her first of 3 touristic gifts shops. While working grueling hours Cally never stoped being curious as to what could come next and sure enough in about 1976 an opportunity to purchase the old HG Christie building on Bay St came and despite everyone in the real estate world giving her advise to not buy on the north side of Bay she leapt at the chance and secured the property. Her vision was to build an open air shopping plaza with a European flair and in June 1978 the Nassau International Bazaar was open for business. At the entrance to the Bazaar she opened Guccini Jewelers and her second gift shop. She wasn’t done yet. Forever looking out for what she could do next in 1985 she was afforded the opportunity to purchase the the location on Bay St., where the old Prince George Hotel stood. In August of 1987 the Prince George Plaza opened for business. But something else happened in August of 1987 and that was the birth of her first grandchild and it was at that moment she decided that it was far more important for her to stay at home and help raise her grandson and the other 6 grandchildren who soon followed. The love she had for her grandchildren was a love on a whole new level.
Cally was a trailblazer. She was small in stature but huge in presence. She was firm especially when it related to business and responsibilities but gentle at heart. Cally was an excellent cook, enjoyed her gardening loving her roses and orchids especially and a very gracious host. She was happiest when her home was full of family  and friends sharing a nice meal with lots of conversation and laughs. Cally barreled thru life’s difficulties,it’s hardships and it’s joys. Cally was a proud Bahamian of Greek decent and always maintained that in her opinion there was no better place in the world than the Bahamas.
Cally was awarded an “outstanding business award “ in 1983 by Business and Professional Women’s Association of New Providence.In 2000 she was extended the Woman’s Living Legend  by Women of Worth of the Zonta Club of New Providence. While awards were appreciated  and being successful in the business world made her proud it was without a doubt that what made her most proud where her children and grandchildren who she showered with love , support and guidance. She instilled in each and every one of her children and grandchildren that nothing and no one should ever come between them and that love and unity reigned supreme.
Cally passed away peacefully at her daughters residence on Saturday, December 5th, 2020.

She will be treasured and loved forever and will be missed dearly by her son, Chistopher (Chris) and Nicholas (Nick); daughter, Alexandra; grandsons, James, George Chris, George and Constantine; grandaughters, Calliope, Zoe and Cally; daughter-in-law, Helen; grandson-in-law, Mel, Kristofer and Basem; granddaughter-in-law, Bianca and Amelia and many other relatives and close friends including Miaoulis family, Fondas family, Loukakis family, Mangos family and Gatis family.

The family would like to especially thank Dr. Angela Kuntz for her many years of caring for our beloved Cally and for all her support.

The family wishes to extend with great gratitude many thanks to the care takers who on a daily basis showed an  unwavering commitment to care for our beloved mom and grandmother. Every day and every night these angels Gloria Downer, Alan Calilan,Ebony Banggalat and Yvette Pineda did absolutely everything possible to make our Cally’s life as comfortable as possible. And for this we are eternally grateful.

Private Funeral Service will be held.

ORG: Risky to test permanent register on a national level 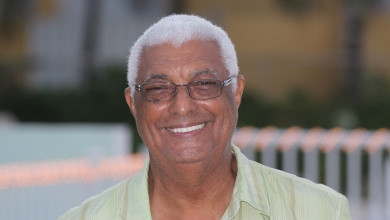 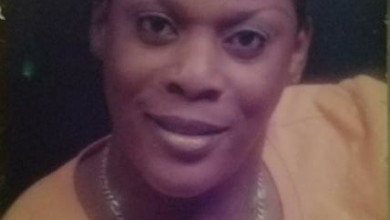 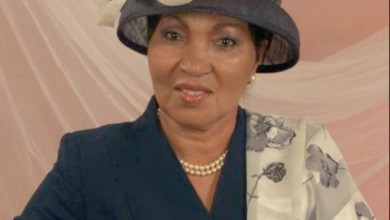 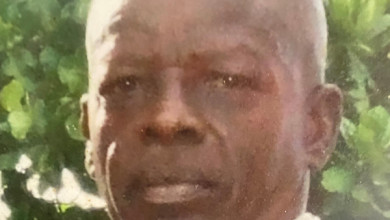