hen Carnival Cruise Line opens its new port in East Grand Bahama, the cruise industry titan promises to not only create 1,000 jobs and generate new opportunities for local businesses, but also deliver on one of the biggest cruise ports in the world with up to one million visitors a year.

Carnival broke ground on its multi-million-dollar cruise port at Sharp Rock, East Grand Bahama, on May 12.

The two-day event was held at the Grand Lucayan Resort.

Carnival’s 329-acre port project is expected to provide a variety of short and long-term opportunities for Grand Bahamians.

In its initial phase, however, which is mostly dredging and maritime work, Candib said international contractors will be engaged to carry out the specialty work in 60 to 90 days.

“We wanted to provide an update on when you will start to see various elements of construction on the site, both from a maritime and a landside, and more on the opportunities we are going to provide at the port – retail, food and beverage, as well as employment,” he said.

“The idea is to give more visibility of the timing because, as we’ve mentioned, the goal is to open the port late 2024. So, from now until then, there are several phases of construction and opportunities for companies to take advantage of.”

The entire property will not be developed; 30 percent will remain as a natural reserve and another 20 percent as green space.

Carnival’s goal, according to Candib, is to feature all things Bahamian – art, culture, food and Junkanoo – while providing the guests with a unique experience, such as the shore excursion dock.

“This will, for the first time in Grand Bahama, provide guests a vessel that will pick them up right at the port and bring them back,” he said.

“This is something that we want to do collaboratively with the Grand Bahamian community, with the government and with the Ministry of Grand Bahama. So, it is especially important for us.”

Candib added that Carnival will hire companies to support construction in areas of plumbing, road work, fencing, landscaping, electrical and roofing, among many others. Additionally, offerings for business will include general souvenirs, crafts, arts, apparel and jewelry.

He said with the new port, Carnival is committed to growing cruise arrivals to the island.

“The port is designed to accommodate two of the largest ships we have sailing today, like the Mardi Gras, with 6,500 passengers, but times two,” Candib said. “So, that is pretty amazing.”

As the first phase begins, Candib said, over the next two and a half years, there will be several hundred people working on the project.

“There will be employment opportunities, either through maritime contractors or the landside contractors,” he said.

“That will carry through to about spring or summer 2024 when we start to hire directly. But even our direct employment, relative to the port, and the opportunities available there, we said about 1,000 new jobs generated through construction phases and the ongoing operations.

“Really, the benefit of the employment will be for all those Bahamian companies and entrepreneurs who want to open shops and restaurants at the port. That will be generating the most employment.”

“I think today’s event symbolizes the start of a long-awaited avalanche of entrepreneurial opportunities for Grand Bahamians that we have never seen before,” Turnquest said.

“The biggest challenge that has ever affected Grand Bahama has been critical mass.

“So many bright, innovative ideas have been shelved and stagnated because on this island, there are simply not enough people who are willing and, in recent times, simply not able to spend. This opportunity allows entrepreneurs to bring their ideas and creations to a market that is ready to spend — tourists.”

She added that Carnival’s approach appears very strategic, structured and inclusive which is also a unique approach to how projects on Grand Bahama typically come into being.

“Certainly, for me, this is the first time I’m seeing Grand Bahamians invited to the table to bring their ideas, their goods, their services together in a mutually beneficial way with a major investor,” Turnquest said.

“I’m excited about the potential and for the future of this island.”

Carnival officials encouraged attendees to visit the cruise line’s website regularly as it will be updated with information as the project progresses.

Individuals will be able to apply for contractual or permanent employment offerings.

“We are looking to the road ahead with excitement,” said Minister for Grand Bahama Ginger Moxey.

“The transformation of East Grand Bahama and the enhancement of the island’s tourism product will position us as one of Carnival’s most sought after destinations, offering cruises and unparalleled, authentic Bahamian experience.”

She predicted the new cruise port will be the envy of the Caribbean.

“Grand Bahama will become the events and entertainment destination of The Bahamas and the region,” said Moxey.

“On completion, the project will allow the world to discover what we already know: there is something unique about Grand Bahama and its people.”

Speaking to attendees, Grand Bahama Port Authority (GBPA) President Ian Rolle said growing the cruise industry will bolster the GBPA’s vision of creating critical mass on the island, and highlighted Carnival’s guarantee to bring in one million passengers to the new port in the first year.

“I think we’re going to be well on our way to achieving some of that critical mass that’s so badly needed on Grand Bahama,” Rolle said.

“They gave us an idea of the project’s timeline,” Knowles said.

“They listed the distinct phases and shared how to apply for jobs when they become available.”

For the businessman, the most exciting news was the opportunities for Grand Bahamians.

“If you’re interested, it will be quite profitable,” Knowles said. “This seems to be good for Grand Bahama.” 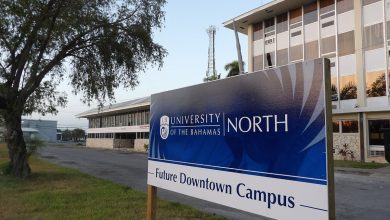 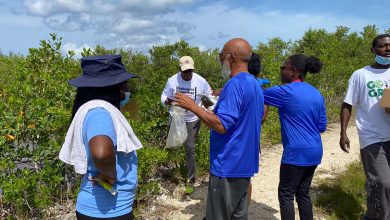 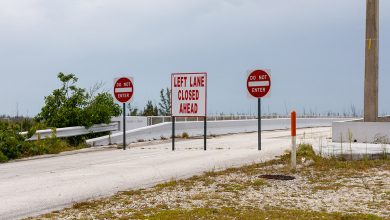 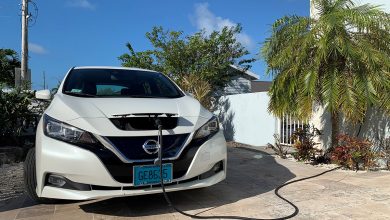