Data in the Central Bank’s Monthly Economic and Financial Developments (MEFD) report for December shows that banks wrote off an estimated $110.5 million in claims and recovered approximately $23.3 million in 2020.

While there was some improvement in credit quality, by 2.9 percent, during December, credit quality remained weak for the entirety of 2020.

“The outcome was led by a $66.2 million (28.5 percent) growth in short-term delinquencies, with the relevant ratio higher by 1.2 percentage points. Similarly, non-performing exposures rose by $20.6 million (4.5 percent),” the MEFD report states.

Mortgage arrears led the increase, by just about 15 percent or $63 million.

“Likewise, consumer delinquencies rose by $30.2 million (15.2 percent), reflective of a $30 million (25.9 percent) growth in non-accrual loans and a $0.2 million (0.2 percent) uptick in the short-term component,” the report highlights.

Also, at the end of 2020, Bahamian dollar credit was down by more than $275 million, as banks saw a falloff in mortgages and consumer credit by approximately $85 million.

This trend continued straight through to the end of the year, as the CBOB reported that private sector credit for December was down by $8.4 million, mortgages were down by $3.3 million and consumer credit was down by $13.5 million. It reflected the continued burden of the COVID-19 pandemic and ensuing joblessness on the sector.

“The falloff in credit to the private sector tapered to $8.4 million, from $21.3 million last year, as the decrease in mortgages and consumer credit narrowed to $3.3 million and $13.5 million, respectively, from $15.6 million and $14.3 million in the preceding year. Further, the growth in commercial credit moderated to $8.4 million from $8.6 million a year earlier. Meanwhile, credit to public corporations was relatively flat, after a $1.4 million decline last year,” the MEFD report states.

“On a yearly basis, total Bahamian dollar credit fell by $275.3 million, a reversal from $18.5 million growth in 2019. Contributing to this development, net claims on the government contracted by $206.3 million, contrasting with a $28.9 million expansion in the previous year. In addition, credit to the private sector reduced by $66.7 million, following an $8.3 million increase in the previous year. Underlying this outturn, the falloff in mortgages and consumer credit quickened, to $43.7 million and $41.4 million, respectively, from $27.6 million and $39.7 million in the prior year. Meanwhile, the rise in commercial credit moderated to $18.4 million, from $75.6 million last year. In a partial offset, the decrease in credit to public corporations slowed notably to $2.3 million, from $18.6 million in 2019.”

Protecting your children from sexual predators 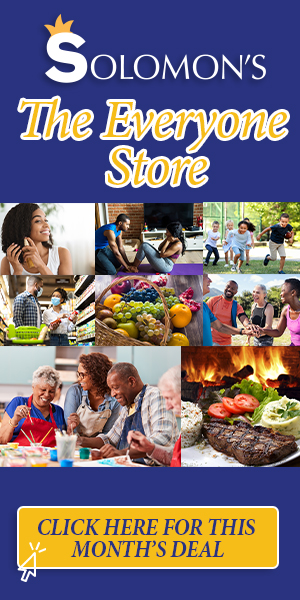