Basil Dean, executive sous chef at SLS Baha Mar and Anthony Burnside chef de cuisine SLS Baha Mar each brought their unique Bahamian flair to the recent Taste of SLS which featured a Bahamian station for the first time, the second time the event was held.

And they both were confident in what they brought to the table. Dean who returned home from Warwick New York to assume the executive sous position says he brings to the SLS table, counseling, guiding, coaching, and leadership.

“To bring one person each step at a time up the ladder,” said Dean. “What I think we lack as a people is sharing our experience as far as exposure is concerned, and from a local perspective, what is required to play on that international playing field.”

While Burnside, who after a year-and-a-half after joining the resort as the senior sous chef, banquet, saw himself promoted to SLS Hotel’s chef de cuisine.

“I got called into the office. I thought I had done something wrong, but I was actually called in and given a promotion, for which I’m grateful, honored and humbled.”

As for what he brings to the table: “I bring class, elegance, excellence and a Bahamian flare,” says Burnside.

It was the duo of Dean and Burnside that oversaw the Bahamian station making its first appearance at Taste of SLS.

Burnside described it as food his recently deceased mom would have cooked as far as flavor, with a twist on peas and rice and conch ceviche.

Peas and rice was served arancini style, but it still had the basic ingredients – salt beef and pork, and seasonings, but it was all rolled into a ball, breaded and fried, with a shot of steamed sauce which was shot into the arancini before consuming.

“There’s not much difference from your mom’s peas and rice, other than it would have been loose and we created it into a ball and added all the core ingredients – pigeon peas, the rice, the thyme, every single thing,” said Dean.

The twist on conch salad saw the addition of lobster to the conch, which was tossed with passion fruit, citruses (orange, lemon, lime) and spices.

“We highlighted what we can offer as far as the Bahamian offerings is concerned, and made it upscale,” said Dean.

“We just did two items to showcase a couple of things because we did not want to go crazy.”

The Taste of SLS experience was new to both chefs. They said the event served as a fantastic opportunity to showcase the fantastic restaurants at the hotel property – Katsuya, Fi’lia, Cleo, Carna, as well as a bit of pastry.

Dean said while in New York he found the opportunity exciting, as he did a lot in a different culture that also had a different way of operating. But he said that too often Bahamians feel as a people that they are less than, and that sometimes they are more than. And that they just have to go out into the world and see it for themselves to come to that realization.

“Then you will know where your place is. And there is a place for us – everywhere in the world, because we do a lot of amazing things. We are people from humble beginnings and when we do not have a lot, we present a lot with very little. And that’s what we do a lot, so that was a plus for me when I went to a location that was bountiful and has everything to offer. You do so much with so little.”

Dean says the opportunity presented itself for him to return home and to the SLS, and he took it.

“It’s always good, and I support what we can do local. It’s just a buying issue more than it is anything else. But we can offer basically anything that we have Bahamian to match any cuisine that there is out there. I have seen it and done it, so I know that it is possible.” 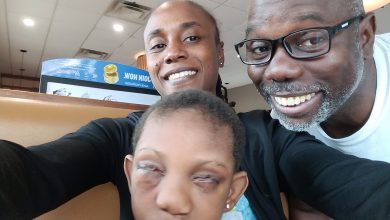 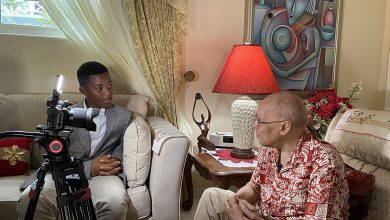 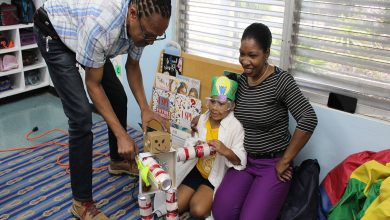 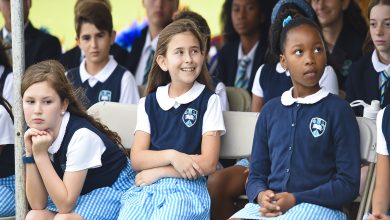