God has a purpose for His people, and His people have a purpose to fulfill, so do not get discouraged, and never give up, even when the going gets rough – that is the message from teenage gospel artists Don, Jr., and Chaz from their latest album “Purpose” on which is the single of the same name.

Referencing Romans 8:28, Don, Jr., 16, and Chaz, 12, say: “And we know that all things work together for good to them that love God, to them who are the called according to his purpose.”

The hip hop influenced “Purpose” is hitting the market after a year of work, and features 12 tracks, including an intro and outro. And the duo is proud of how this new release stacks up against their previous work.

“We believe this album is a more mature album for us,” said Don, Jr. “As we are now older – 12 and 16 years old – we have truly grown a lot and our voices have changed. We compare it to when we started at [ages] four and eight, and we are like wow we came along way. We had a lot more of our input in this album.”

If you ask Chaz, “In my opinion, it’s the best CD we’ve ever made!”

Fellow gospel artist Najie Dunn wrote “Purpose” for the brothers, and they wanted to collaborate with Dunn for the recording.

“In the past, we always listened to his music and was really inspired, so once my dad [Don, Sr.] spoke to him and told him our ideas with the album, he happily jumped on board. He has always supported us,” said Chaz.

The brothers coupled the CD drop with a music video release featuring Najie Dunn which they debuted at their church, Kemp Road Ministries. The storyline for the video features a young man losing his job, and you follow him through his struggles – vehicle breaking down and trying to adjust without an income which means his bills are overdue, and of him exhausting the majority of his savings – utilizing his last chance at entertainment aspirations, and discovering his purpose.

Some parts of the video which feature actors Torin Strachan and Richa Campbell, were shot at the brothers’ church by Terrance@tcfilmz because they brothers say Kemp Road Ministries is where they got their start and the church is always supportive of them, led by their pastor Reverend Dr. Ivan Butler, Jr., and his wife Dr. Joanne. Butler.

“We were christened, baptized and now still growing up in that ministry,” they say. “That is where we believe the vision of our purpose began, so we have sentimental vibes there.”

Also receiving writing credits on the “Purpose” album with Najie Dunn are gospel artist Eman, who wrote the majority of the album for Chosen Soldiers; and the brothers’ father.

Physical copies of “Purpose” are available from the Majors, and will be available in short order on all the usual digital sites. Proceeds from CD sales will go towards defraying the cost of a trip to Savannah, Georgia, for Chosen Soldiers who have been invited to open a June 5 show for American gospel singer, songwriter, producer and actress Tamela Mann, according to the parents.

The parents are also open to donations which would assist them in giving their children the opportunity to take advantage of what they say would be an “amazing” experience.

“If it’s God’s will they will get to Georgia,” said Charmaine Major, the boys’ mom. “It’s an amazing opportunity. They have never opened up for a huge concert like this and we will indeed be representing The Bahamas,” she said.

Chosen Soldiers also recently received their first Marlin Awards nomination, which also made them the youngest to be nominated, in the history of the award show to date, which is in its 26th year. They were nominated for Outstanding Hip Hop vocal performance and Duo Group for their single “Mama” featuring Eman.

God is the way to salvation 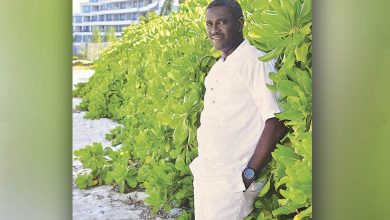 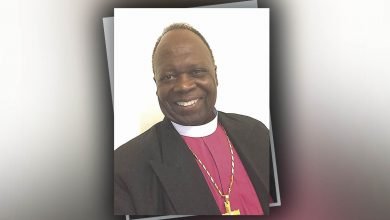 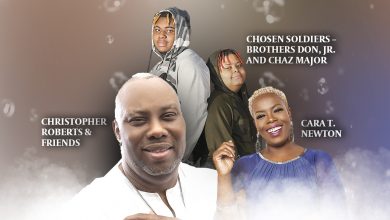