Toastmasters Club 1600 is ramping up its efforts to help teens who may otherwise struggle to communicate effectively with their peers and society at large.

For decades, Club 1600 has gone about setting up Gavel Clubs and Youth Leadership Programs at schools and children’s homes like the Ranfurly.

A workshop-style experience, YLP consists of eight, one-to-two-hour sessions that enable teens to develop their communication and leadership skills through practical experience. Meetings generally follow a format similar to that of a Toastmasters club with an agenda that includes practice in parliamentary procedures, prepared and impromptu speeches, and the selection of presiding officers.

Meanwhile, Gavel Clubs such as the Club 1600 established for residents of the country’s juvenile correctional facilities, provide the Toastmasters experience to young people who are ineligible for regular membership. They function in a similar fashion to YLP but with more restrictions and last for longer periods.

Organizational, networking and personal skills are developed as students plan, prepare and participate in meetings. Both the Gavel Club and YLP seek to equip members with greater self-confidence, improved critical thinking and problem-solving skills.

“We want to take our current programs and expand them into new schools, and work to offer communication training to adults that desire it. The goal is to have these flagship programs in operation throughout the entire year with a focus on engaging adults in the community to develop the essential skills of communication, leadership and personal development,” said Ray-Don Poitier, the newly minted 58th president of The First Bahamas Branch of Toastmasters Club 1600.

“Effective communication is an essential component of leadership. Misunderstandings, dysfunctional relationships, even conflict, could result when this critical skill goes undeveloped.”

Poitier is a Distinguished Toastmaster (DTM), a distinction which marks the greatest honor that could be achieved by a member of Toastmasters International.

“Males and females lack proper mentorship, leadership and communication skills. I saw the need during my work at Simpson Penn and Willie Mae Pratt. Young people require a more direct approach,” said the 10-year veteran of the public speaking and leadership program, who previously served as president of Abaco Lighthouse Beamers and director of Area 93, which encompasses Grand Bahama and Abaco.

Prior to assuming office, the team did just that; they hit the ground running, hosting contestants in the Miss Bahamas Universe pageant at a club meeting. They provided a positive environment for contestants to polish their speech presentation skills, continuing a tradition which began in 1995.

Although Club 1600 prides itself on its work with young people, this year, due to the generosity of sponsors who have made substantial contributions, it will offer speech craft clinics to professionals seeking to brush up on their presentation skills. A condensed version of the Toastmasters program, it allows participants to gain experience in presenting speeches or become more comfortable with presentations.

“By mastering public speaking and developing networking skills, those participating can take active control of their lives by being confident when facing new challenges or overcoming the doubt of doing something for the first time,” said Poitier. 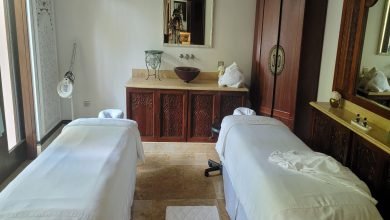