McMillan said health officials are looking out for signs of a “sudden upward shift”.

“Over the past 28 days, The Bahamas has recorded 295 new cases,” she said at a Ministry of Health press conference.

“The ministry is paying close attention to any indicator that demonstrates a sudden upward shift.”

Four clusters on New Providence and Grand Bahama have accounted for 30 percent of all new COVID-19 cases reported in the last two weeks, McMillan said.

She said those clusters have also led to an uptick in hospitalizations that is concerning health officials.

She added, “The Ministry of Health through its contact tracing officers has identified four distinct clusters of COVID-19 cases which have emerged within the last 10 to 14 days.

“The cases associated with these clusters account for nearly 30 percent of all new cases, i.e. 162 reported during the last two weeks.”

“Cluster A produced 26 COVID-19 cases; cluster B, six cases, five of whom required hospitalization, and seven contacts have been confirmed to date.

McMillan said clusters A and B are connected, but investigations are still underway to determine if there are linkages among the other clusters.

She said the largest cluster is workplace-related, while the others are a mix of workplaces and gatherings.

“Hospitalizations were noted with each cluster. This is of interest not just in terms of absolute numbers, but also in terms of the level of severity at presentation, with hypoxia or low oxygen and severe respiratory symptoms. These hospitalizations likely contributed to the uptick in hospitalizations which we see represented as a sharp increase on the tail of the blue line in this graph.”

McMillan said while hospitals still are not overwhelmed yet, officials are concerned about the trend.

“In mid-November 2020, there was a notable point on the timeline in the second wave,” she said.

“At this time, COVID-19 hospitalizations had been successfully reduced from triple digits and high double-digits to less than 25.

“Hospitalizations have not risen to that level again until now. Total COVID-19 hospitalizations on Saturday past climbed to 24, which was a break from the low double-digits that we experienced during the previous weeks.

“…Although our data confirms we are still flattening the curve…the hospitalization trends over the past seven days warrant close monitoring and reinvigorated solidarity by all Bahamians to put COVID-19 at bay.”

The Ministry of Health’s daily dashboard for Tuesday reported 18 people in hospital.

While some Family Islands have gone months without recording new cases, McMillan said Abaco, Andros and Eleuthera are still recording cases on an intermittent basis.

Andros, however, is particularly concerning, she said.

“…The COVID-19 realities on each island will likely differ at times, as demonstrated by Andros…which has been showing an increase in cumulative cases,” McMillan said.

She added, “We are monitoring this situation closely.”

“We have been seeing an increase in cases in Central Andros in particular,” she said.

“…So our major concern right now is in the Central Andros area, where, as of today there are a total of 11 cases, six of which are active. And of the six active cases, one symptomatic and five are currently asymptomatic, and five are recovered.

“On the 16th there was a funeral and on the 23rd there was a party. And on the 16th, apart from the funeral, there was also a party where we would have had large numbers of persons gathering.

“Fourteen or 15 days after that we started to see some cases.

“The cases are distributed across Central Andros, so we do have a bit of community spread going on there.”

As of Wednesday, there were 8,403 COVID-19 cases confirmed in The Bahamas.

Of them, 516 have been confirmed since the start of this year. However, 1,023 cases are still listed as active.

McMillan said yesterday that this does not necessarily mean that many people have had COVID for long periods of time, but is instead likely due to resource issues in the ministry.

“We have a metric that we use to recover cases,” she said.

“We use that metric but we may not be as aggressive in doing that. But I believe it’s a mix of both. We have persons that have been ill for a while, but we also have the issue of [not] being as aggressive as we need to be in order to have those numbers of persons recovered as you see them on the dashboard.”

Deputy Chief Medical Officer Dr. Delon Brennen said that in order for a person to be considered recovered, they must be contacted by officials from the Ministry of Health to confirm they are well, which takes some time from a human resources perspective.

Schools to open under hybrid model 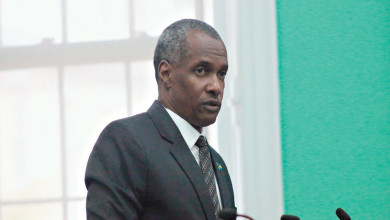 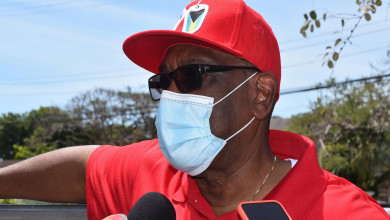 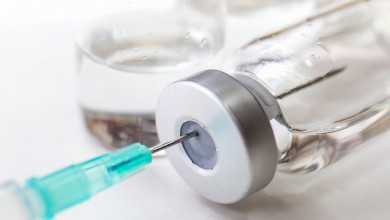