Where to watch: Apple TV+

Even more so this year, the films making up the Best Picture nominees for next month’s Academy Awards seem to be even less familiar to mainstream audiences than in most other years.

Other than perhaps “Dune” and “King Richard”, and possibly “Don’t Look Up”, and maybe with the remake of “West Side Story”, a whole lot of people may never have even heard of “The Power of the Dog”, “Belfast” (look for my review next week), and “Nightmare Alley”. And even I still haven’t been able to see or find “Licorice Pizza” and “Drive My Car” as yet.

Perhaps even more unknown than all but the latter on that list is “CODA”. And that is a real tragedy, as it is without a doubt one the best films of the last year.

A remake of 2014 French film “La Famille Bélier”, “CODA” was released in January 2021 at the Sundance Film Festival, and hit US theaters in August. It’s been available on Apple TV+ since that time as well.

CODA is an acronym for “child of deaf adults”. In the film, Ruby is a CODA, as the only hearing member of a deaf family from Gloucester, Massachusetts. At 17, she works mornings before school to help her parents and her also deaf older brother keep their fishing business afloat. But in joining her high school’s choir club, Ruby finds herself drawn to both her duet partner and her passion for singing.

Other than Oscar-winning actress Marlee Matlin (“Children of a Lesser God”), the cast is relatively unknown in these parts. But quite a few of them seem destined for greatness, particularly Ruby portrayer, Emila Jones.

The 20-year-old British actress and singer, has an amazingly powerful voice, and reminds me of Emma Stone in her style, presence and timing. Remember her name!

Unfortunately, the Academy of Motion Picture Arts and Sciences didn’t remember her name. But they did recognize her co-star Troy Kotsur who plays her dad. He made history this month, becoming the first deaf male actor to ever be nominated for an acting Oscar. He’s up for Best Supporting Actor, and he steals every scene he’s in, with a dynamic and lovable performance.

If he wins, he’d be the first deaf performer since his co-star and onscreen wife Matlin to win.

The entire cast, including Matlin, does a fine job. They’re all up for Outstanding Performance by a Cast in a Motion Picture for this Sunday’s 28th Screen Actors Guild (SAG) Awards.

Screenwriter and Director Sian Heder is also up for a slew of awards, including Best Adapted Screenplay at the Oscars.

But don’t watch “CODA” because all the critics are raving about it. Watch it because it will make you feel really good – about almost everything. Yeah, it’s a tearjerker. Yeah, it goes the way you expect – there’s not even a hint of a shocking twist.

It’s just a funny, touching, sweet, almost sappy movie. But it’s beautiful. It looks fantastic (filmed on location in Massachusetts, it’s so picturesque!) The music and singing are great. The acting is great.

“CODA” restores hope in humanity. And we all need a little more of that in the mainstream right now.

Restoring a beacon of hope 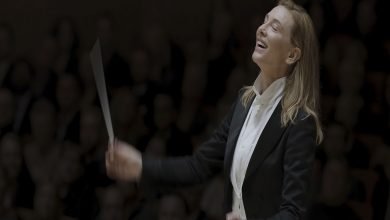 ‘Glass Onion: A Knives Out Mystery’ a worthy sequel 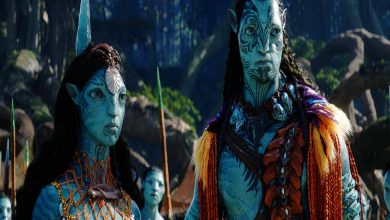 ‘Avatar: The Way of Water’ worth the wait