The fundamental dogma of faith on which everything in Christianity is based, is that of the Blessed Trinity in whose name all Christians are baptized. It was with this in mind that Father Johathan Duka celebrated the Solemnity of the Most Holy Trinity, the most solemn feast day in the celebration of the church known as the Feast of the Most Holy Trinity, at Our Lady of the Holy Souls at Sunday Mass.

Unlike other feast days, the Solemnity of the Most Holy Trinity is not about an event or a person. It is about people’s central belief, and invites people to do the most awesome thing – contemplate God himself.

“It is the centrality of the Christian faith and our Christian life,” said Duka during Mass.

There is one God, and in this one God, there are three divine persons; the Father is God, the Son is God, and the Holy Spirit is God. Yet, there are not three Gods, but one eternal God.

“But also, we can see this feast day of the Most Holy Trinity in the status of man, in the economy of salvation – that is how we can best understand,” said the Catholic priest.

On the feast day, Duka reminded worshippers that the work of Jesus Christ is to weld brokenness that man has from God, as well as man’s brokenness with one another.

“God sent Jesus Christ to redeem the status of all men,” he said.

“We in the Catholic Church recently winded up our celebration of the Easter season and we said that the work of Jesus is over. He complied with every detail of the mandates given to him by God the Father, but everything is over, so we have our essence and a chance to go and receive the blessings of eternity, not damnation, because we have been through the passion, and the death and resurrection of our Lord Jesus Christ.”

During Mass, the priest assured believers that they are guaranteed a share of eternal life, because of Jesus. He said the presence of the triune God, and the work of the Holy Spirit, has empowered the church, which was founded by the grace and power of the Holy Spirit and which he said is here to stay.

“His existence is with all of us, so then my dear brothers and sisters, we treasure this. So noble, the blessings and the grace that we receive coming from the Father, the Son and the Holy Spirit.”

Through the feast day, Duka said God wants to reveal himself to people, mindful of their inability to comprehend the mystery of God.

All three contributed to and share in the work of redemption. The Father sent His Son to earth. The Father called his people to the faith. The Son, our savior Jesus Christ, became man and died for his people. He redeemed his people and made them children of God. After Christ’s ascension, the Holy Spirit became teacher, leader, guide and consoler.

On the feast day, which falls on the first Sunday after Pentecost, Duka reminded people that they are to ask the Lord to shower them with mercy and compassion.

The priest likes to refer to the Solemnity of the Most Holy Trinity as mystery Sunday, but he said it is by no means a mystery, as the mystery has been revealed by the Lord Jesus Christ.

“So, we can have a glimpse, even if we say that it is a mystery, that the Holy Spirit will give us the wisdom to understand everything of the mystery, if we are inducted into this community of Christ’s faithful disciples called the church, and if we are initiated again with the triune God. All of us are baptized in the name of the Father, and of the Son, and of the Holy Spirit.”

He said God’s divine attributes points to God the father as the Creator, the Son as the redeemer, and God the Holy Spirit as the sanctifier – side-by-side with the economy of salvation.

But Duka said people should never forget that God the Father is the authority, and that all authority belongs to him and that he is a loving father for all his children.

The priest also reminded people that God is gender neutral and neither a man nor a woman.

“God simply is God. When Moses went up on Mount Sinai and begged Yahweh to reveal himself, what was the response? ‘I am who I am’. God is simply God.”

Duka reminded that human fatherhood and motherhood owe its origin to God, and said it simply means that everything originates from God the Father.

“In the creation, when God the Father created our first parents who were given all the privilege, he [Adam] broke that grace from God.”

Because of that break, Duka said, the world was affected by sin and man distanced himself from God. He described that as the first status of man; the next status he said is man’s inability to reconcile with his brothers, compounded with the story of Cain and Abel – brother killing his brother.

“Man has to be redeemed,” said the priest.

Duka said man also needs to be able to relate to God because God communicates.

“In the fullness of time, the second person we know already, Jesus Christ. The entirety of the New Testament is about our Lord Jesus Christ, the God that put on our humanity, and we see that in the incarnation of the Holy Spirit in the womb of our blessed Virgin Mary. Again, the work of Jesus Christ is to weld again that brokenness that we have from God and our brokenness with one another. That is why God sent Jesus Christ, to redeem the status of all men.”

The feast of the Blessed Trinity is celebrated as a prolongation of the mysteries of Christ and as the solemn expression of faith in the triune life of divine people to which mankind has been given access by baptism and by the redemption won for people by Christ.

“We have a share of the glory of eternal life – that is a guarantee already. We know very well the story of the ascension. As he ascended into heaven – he gifted the church, the Holy Spirit, the one that animates, the one that gives life, the one that will direct the people to a sanctified life, so it is how it works. The presence of the triune God and especially the work of the Holy Spirit today for us, is given to the church. It has empowered the church, so the church cannot be compared to a human organization. A human organization can come and go – it is here today, but tomorrow it is no longer there. But the church, it is founded by the grace and the power of the Holy Spirit, and it is here to stay. And his existence is with all of us, so my dear brothers and sisters we treasure this. So noble, the blessings and the grace that we receive coming from the Father, the Son and the Holy Spirit.”

The feast of the Blessed Trinity was introduced in the ninth century and inserted in the general calendar of the church in the 14th century by Pope John XXII. 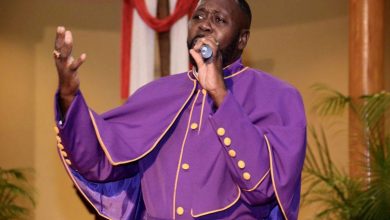 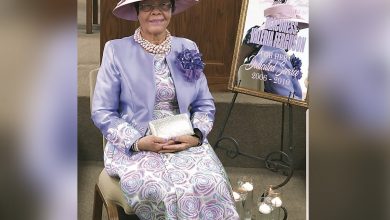 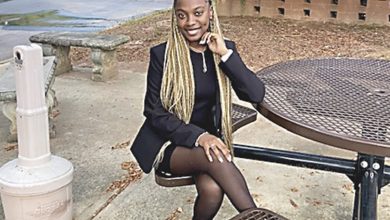