Carnival Cruise Line’s initial phase of maritime work on its multi-million-dollar cruise port in East Grand Bahama is well underway, according to officials.

Cruise line officials said phase one includes the transplanting of coral found at the Sharp Rock site, and several international, U.S. and local companies have been selected to tackle this critical project to ensure the translocation is done with next to no impact on the environment.

Carnival’s Vice President of Port Destination Development and Operations David Candib told Grand Bahama News that phase one of the project is all maritime conditioning in preparation for dredging and starting the cruise pier.

“We have to work through this phasing on the maritime side to ensure we bring in the ships safely. In order to do that, we need to prepare for the dredging and the pier construction.”

According to Candib, there are several techniques of moving coral, including the cement and steel tie process.

With the cement process, the coral is secured to a cement base, then placed at the transplant site.

The steel tie involves using coral on natural reefs to reproduce themselves and using a healthy coral colony to attach itself to (artificial) substrates.

Additionally, there is a method of fragmenting a mother coral colony.

This approach involves breaking a healthy coral colony into many small fragments and connecting them on an (artificial) substrate.

A fourth process is searching for live, healthy broken pieces from a natural coral reef and connecting the pieces to the artificial reef where they reproduce themselves asexually.

The result is only a few corals from the same colony are attached to form a new reef, creating more biodiversity by collecting different species.

While Candib did not specify which method will be used, he noted that both ATM and CSA generated the Benthic Study in 2019, and thus have the most experience with conditions at the site. The study examines organisms that make up bottom communities in lakes, oceans and streams to determine environmental health and conduct environmental impact studies.

“The teams have also worked alongside the Department of Environment Planning and Protection (DEPP) and Black and Veatch (DEPP’s third-party reviewer) to develop and implement the environment management plan (EMP),” Candib added.

“East End is a pristine area, and Carnival’s top priority is preserving the environment and avoiding damage. The environment is an incredibly important perspective when we talk about our development and operations.”

Candib said that replanting locations were identified and subsequently approved by the DEPP, the Department of Lands and Surveys, and Ministry of Agriculture and Marine Resources.

“The team of experts are experienced and will ensure minimal damage to the environment,” he said.

“We are expecting this phase to be completed by October 2022.”

Carnival broke ground for the $200 million development in May, but not before encountering delays due to environmental concerns.

Former Minister of the Environment Romauld Ferreira refused to approve the environmental permits the cruise company needed to move ahead with the project, stating in March 2021 that “the cruise ship industry can never be termed environmentally sustainable, never.”

Candib noted, however, that Carnival worked diligently with all the authorities – the Department of Environmental Planning and Protection and the Grand Bahama Port Authority (GBPA) – developing the environmental impact assessment (EIA),  then putting together the EMP under the new administration.

Carnival’s EIA has been completed and officials are working through the EMP. The EMP provides the outline of Carnival’s commitment to the environment and its commitment to developing and operating the port in the highest environmental stewardship as possible.

According to Sam Teicher, co-founder of Coral Vita Farm on Grand Bahama, it is essential for the responsible parties to do everything possible to protect the ecosystem.

“Obviously, there won’t be 100 percent guarantee that nothing will be impacted,” Teicher said.

He said it is essential to ensure that any of the sediment during dredging that will spill outward is properly contained, and all coral colonies are removed from the area and transplanted correctly.

“There have been successful coral relocations in the past,” Teicher said.

“So, we’re hopeful that Carnival and their partners, together with the Bahamian government regulators, assure that the relocation project itself proceeds smoothly with limited impact on the corals themselves and surrounding marine ecosystems.

Carnival outlined its environmental protective plans in the EIA.

Teicher acknowledged that he is aware of the documents, which were published and approved, though he said it’s important that work wasn’t solely based on 2019 studies that took place before the impacts and changes caused by Hurricane Dorian and the Stony Coral Tissue Loss Disease outbreak.

“As long as they don’t let filth, run-offs and other materials spill out into the surrounding waters during dredging, and once the port opens, that will go a long way with helping the surrounding environment stay as healthy as possible,” he said.

With a predicted 2024 completion date for the cruise port, Teicher said the project is not only exciting but significant for Grand Bahama.

“There are also plenty of corals around the cruise port area,” said Teicher, noting that it is an added bonus and a way for Carnival to offer more attractions for all cruise ship passengers if they want to snorkel, scuba dive or see beautiful sea life.

“I think once the cruise port is further along, we will restart conversations with Carnival about proactively restoring reefs in need.

“That can create a lot of opportunities for employment and ensuring that more benefits are shared by people in Grand Bahama by having healthy coral reefs and ecosystems.” 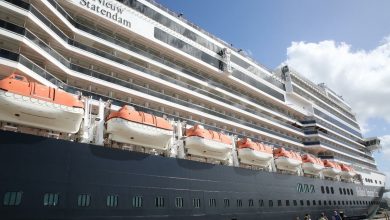 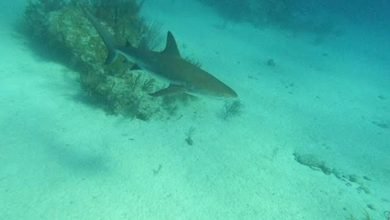 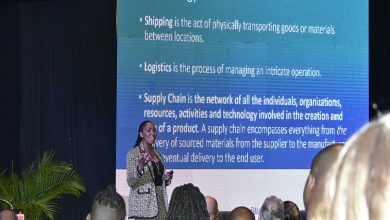