Today marks just over 90 days until the currently official start of the 2021 Atlantic Hurricane Season.

The changing face of climate activity in the Atlantic is now prompting the United States National Oceanic and Atmospheric Administration (NOAA) to consider moving up the June 1 start date of the season, due to the number of named storms that developed prior to that date last year.

It has been over a half-century (56 years) since June 1 marked the start date of the Atlantic hurricane season, and considerations regarding a change thereto point to the urgency in which countries like The Bahamas must move to ensure that hurricane readiness, at all levels, is up to the task necessary to protect and preserve lives.

Recovery on the storm-torn islands of the Abacos and Grand Bahama, and on Ragged Island before them, continues to be a slow process.

Though there has been progress in some areas, most homes that managed to hold to their foundations following Hurricane Dorian’s devastating landfall are still in varying degrees of disrepair a year and a half later.

Consequently, many storm victims remain displaced, unable to return to their home islands due to lack of housing and inadequate infrastructure, as well as a lack of employment opportunities necessary to make a return home viable.

Bahamians both in the Abacos and Grand Bahama are continuing to live in tents, or in temporary modular units that have now become long-term housing, and reconstruction to critical services such as the Rand Memorial Hospital and clinics in east Grand Bahama, is still ongoing.

In the aftermath of Dorian, the Minnis administration adopted the mantra of “resiliency”, claiming that The Bahamas would “build back better”.

Resiliency takes on many forms, and building better ought not be a concept confined strictly to the rebuilding of homes and buildings.

Well beyond that of the loss of homes, businesses and public infrastructure in Dorian, was the devastation of an unknown number of lives lost those horrific days in September 2019.

The handling of missing persons and those confirmed to have perished in Dorian will live in infamy for The Bahamas and the Minnis administration.

Though Dorian’s missing have been the subject of intense political wrangling and heated attempts at shifting blame, what has not emerged is evidence that a formal system to facilitate the search, numbering and identification of those feared missing in a natural disaster in the country, is being developed.

Building better ought to, as a matter of priority, involve the creation of such a system, else The Bahamas leaves itself vulnerable to the same kind of chaos and havoc surrounding the identification of missing persons, that led to unquantifiable pain for bereaved loved ones in Dorian’s aftermath.

Now out of the daily headlines, the turmoil for loved ones who have yet to receive closure regarding the identity of remains discovered on both islands, is by no means an out of sight, out of mind phenomena.

The remains of 55 people believed to be storm victims in Abaco were interred last May in a ceremony mired in controversy, with family members being promised that the results of pending DNA analysis would be available soon thereafter.

Nine months later, no public updates have been provided on the outcome of DNA testing for remains on Abaco as well as Grand Bahama.

It is also unknown how many families have been successful in being awarded death certificates for their loved ones presumed to have died in Dorian.

Counting the missing in a disaster is not merely a rote statistical exercise, as records of the missing are critical in determining the identity of those who have perished.

Getting as accurate a count as possible of the death toll in a disaster also contributes to progress in the field of Disaster Science, which assesses the severity of a disaster based on factors including the number of lives lost.

COVID-19 has wrought a heavy economic toll on The Bahamas, and has also complicated hurricane reconstruction efforts.

Yet even before COVID-19, the administration was criticized for a lack of budgetary focus on the development of resilient storm shelters to work in tandem with its enabling legislation for the execution of mandatory evacuation orders.

With deep spending cuts in effect due to a sharp falloff in recurrent revenues, a move toward such resiliency building is not expected this budget year.

Last February, National Emergency Management Agency Director Captain Stephen Russell told Perspective that discussions were in progress on the potential of establishing Memorandums of Understanding (MOU) with neighboring countries to facilitate disaster evacuations for The Bahamas.

He also advised that storm surge models for the entire Bahamas were being developed through collaboration between the Bahamas Department of Meteorology and the Caribbean Community Climate Change Center (Five Cs).

These models were intended to aid government in developing adequate evacuation and response plans ahead of impending storms.

Those models did not materialize in time for the start of last year’s hurricane season, and it is unclear the extent to which discussions on evacuation MOUs with neighboring countries, have been advanced.

During Dorian, residents were forced to run for their lives in Category 5 storm conditions due to shelters that either failed, or became inundated with flood waters.

Residents in the Abaco cays were urged to move to the mainland of Abaco where all of the island’s deaths ultimately occurred.

Had most residents of the cays followed that evacuation call, there likely would have been far more storm deaths on mainland Abaco.

Many of the storm deaths on Grand Bahama, meantime, occurred in areas that were not designated as evacuation zones.

During an official visit to Barbados last February, Prime Minister Dr. Hubert Minnis toured the Villages at Coverley, a modern housing development that features affordable homes said to be built to withstand a Category 5 hurricane, a 5.0 earthquake, storm surges and major flooding.

Minnis indicated that the Coverley homes model could be replicated in a proposed sustainable housing project for Abaco.

Despite the mantra of resiliency, building codes in The Bahamas, which are viewed as superior in the region, remain unchanged.

But what is more important is that given the scale of disaster on both Abaco and Grand Bahama, insufficient manpower and minimal personal funds led to residents who were desperate for shelter, resorting to unskilled labor in the reconstruction process.

Failing to build to existing codes increases risks to life and property in the event of a hurricane.

It remains to be seen how workmanship on both islands in the aftermath of Dorian, will hold up to future storms. 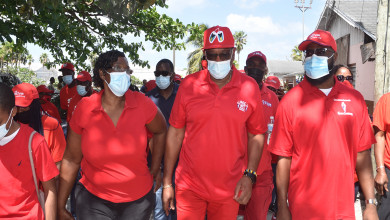 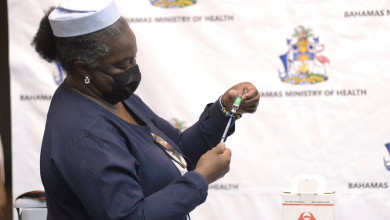 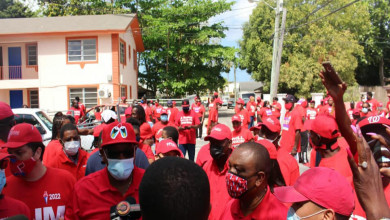