The launch of a Firearms and Gang Unit on Grand Bahama is expected to have a significant impact on illegal smuggling of deadly weapons into the island and gang-related crimes, said Commissioner of Police Clayton Fernander.

Fernander, who was on island for his first official visit, recently, said the new unit will be headed by Chief Superintendent Anton Rahming and will work with a task force comprised of defense force, customs, immigration, urban renewal, and police officers.

“We see a proliferation of firearms being smuggled here,” said Fernander, noting that guns are the weapons of choice for many criminals.

On Grand Bahama, he visited several districts with the aim of pinpointing “hotspots” that officers will target.

Fernander revealed that one area of great interest is the McLean’s Town Dock.

“It is a wide open area for not only weapons smuggling, but human trafficking,” he said.

The McLean’s Town police station, which is located on the waterfront near the dock, was destroyed in Hurricane Dorian but has since been rebuilt.

“Officers are now on duty at that station, and we are going to beef up patrols in that area,” Fernander said.

“We are going to put a more focused approach in clogging up the areas that lend to easy access. We have the canals, some ports of entry and other places that need to be heavily patrolled and monitored, and that is what the police will do.”

Last month, three men were arrested and charged in the Freeport Magistrate’s Court with possession of an unlicensed firearm, possession of ammunition, and importing of firearms into The Bahamas.

Officers, acting on information, stopped the trio in a black Honda in the Queen’s Highway area of Freeport, and found a sealed, brown box in the trunk, police said.

Dorsette and Neely were released on bail and Walkin was remanded until the trio’s next court appearance set for November 1.

“They came in right through our airport domestic area,” Fernander said.

“We were able to get some intel and the team put an operation in place, and we took two high-powered weapons and a handgun off the streets, and ammunition.”

“We want to make sure we have a hand on the pulse and the Firearms and Gang Unit will help us with that,” Fernander said.

He said office space has been allocated for the new unit at the Gerald Bartlett Police Headquarters and officers have been assigned to the team.

“Together with the task force, there will be a combined effort in the fight against crime here in Grand Bahama, not only as it relates to stamping out the illegal importation of guns, but gang activity,” Fernander said.

He said the organization will implement strategies to go after gangs “with the full arm of the law”.

Fernander said there will be particular focus in the schools.

“We now have officers back in the schools, and they are working closely with the principals and teachers,” he said.

“So, we are gathering a lot of information of young children that engage in gang activities.”

The initial school policing program was launched under the Christie administration in 2007.

The Free National Movement, however, reassigned officers after taking office. Police liaisons were later assigned to junior and senior schools but were not required to physically remain on campus.

Police officers returned to school campuses under the last Christie administration in 2012.

“We are going to disrupt these kinds of activities in the schools,” Fernander said.

“There is a lot of work to be done but, with the community’s support, we can beat crime.”

Fernander became commissioner in July. He succeeded Paul Rolle, who assumed the position in 2020. 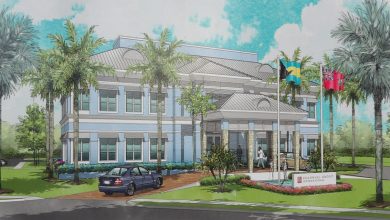