There should be a national standard for corporate social responsibility, particularly for companies established in the tourism and blue economies, Progressive Liberal Party (PLP) Leader Philip Brave Davis said yesterday.

His comments come as environmentalists raise concerns over a large cruise port development they claim will adversely impact the environment.

“As the Progressive Liberal Party works toward revamping and retooling the national investment policy, we will do so with the need to direct public and private sector investments toward the innovations and technologies needed to create a robust blue economy. Blue financing opportunities like grants, entrepreneurial loans and blue bonds can fund the innovative ideas that domestic and foreign investors will use to pave the way for a new Bahamian economy,” Davis said.

“We will also explore the creation of a national standard for corporate social responsibility, that would include agreements to contribute to the conservation of marine habitats and species, especially for tourism and blue economy-related corporations. There are cynics among us who believe that this cannot be done. They will tell you that the challenges before us are simply too great to make these things happen. Where they see challenges, I see opportunities.”

Noting that the advancement of the blue, green and orange economies will sit high on his agenda should he become the next prime minister, Davis said The Bahamas cannot sit still on protecting marine resources and expanding the maritime industry.

“There is so much more value to be gained from just registering a few ships. Almost 1,500 vessels fly the flag of The Bahamas. Some of them make a fortune, almost entirely within our waters from their day cruises to other leisure activities. We’ve been talking for far too long about establishing a yacht registry, it’s time to do it,” he said.

“About 18,600 crew members land at Prince George Wharf every week. If we worked to ensure that just 15 percent of them were Bahamians, that’s 2,700 new jobs among crew. Consider the possibilities if Bahamians train to service ships, new jobs, new opportunities.”

The PLP last month revealed its economic plan for the country in the event it is elected. The political party has stated it would focus on developing industries around marine biotechnology, aquaculture and deep-sea exploration.

“The PLP will focus on investments on the development of the renewable energy industries. We will join the global movement and encourage the latest technologies to take advantage of solar, wind and wave power generation facilities. We will also explore safe and sustainable ways to develop blue industries like marine biotechnology, aquaculture and deep sea exploration,” Davis said yesterday.

“Consider the deep sea fishing opportunities in the Tongue of the Ocean and the waters south of Inagua. Deep sea diving and the countless marine species that are living on the world’s third largest barrier reef, the Andros Barrier Reef.”

Royal Caribbean: Beach club will generate $1 billion over 10 years for The Bahamas 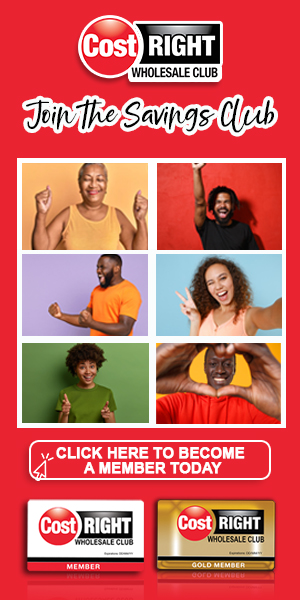