Prime Minister Philip Davis’ statement in Parliament last week that he has every confidence that “The Bahamas will emerge from the proceedings involving FTX … with an enhanced reputation as a solid digital assets jurisdiction” was far from convincing.

If anything, the prime minister appeared to possess an unhealthy level of delusion over the reputational damage that is already evident as a result of the fallout from the calamitous collapse of the cryptocurrency exchange, which had been welcomed with open arms by the Davis administration, and which operated from The Bahamas, it appears, without any real evidence of a corporate governance structure.

The Bahamas is getting a black eye at every turn on this, and it is impossible to find any benefit in turning a blind eye to that reality.

Perhaps it is that Davis wishes to send a message to the international community that The Bahamas has not been knocked off kilter by this embarrassing crisis. Either way, we hope that behind the scenes at least Davis and others concerned with safeguarding our reputation are in serious damage control mode.

In Parliament last week, the prime minister also said that, to date, “we have not identified any deficiencies in our regulatory framework that could have avoided this”.

That statement had many people who are closely watching this FTX debacle wondering if Davis’ declaration was premature.

Yesterday, the prime minister also said criticism of The Bahamas in the wake of the FTX failure is an “unfair characterization” and that he was not concerned about the jurisdiction’s reputation though he acknowledged there are “reputational consequences”.

“I’m not concerned about our reputation in that regard because most of what is being said is the posturing of persons who would wish to have the liquidation under their control,” said Davis, referencing the liquidation of FTX Digital Markets.

Meanwhile, the foreign minister, Fred Mitchell, who doubles as chairman of the Progressive Liberal Party (PLP), was busy yesterday continuing the “nothing to see here” narrative set by the prime minister last week.

In a voice note to party supporters intended clearly to lower the political temperature on this matter, Mitchell said, “There is nothing unusual about this FTX matter, except maybe the size of the figures, but the Americans can’t talk, even about those figures, unless they explain the Charles Keating housing scandal, the Enron collapse and Bernie Madoff’s theft. So, all of this stuff the US media, the pundits and the local cockamamies are running on with is just a bunch of rubbish and the PLP needs to defend against this bull.”

But there is much that is unusual about this scandal as The Bahamas is squarely at the center of it. It’s not every day a $32 billion crypto empire being regulated in The Bahamas collapses leaving one million users at a loss, and intense international scrutiny focused on this country and its regulatory regime.

The jurisdiction unwittingly provided the avenue for FTX to operate in a manner that has smeared our good name and brought into disrepute our regulatory regime, which had been hailed as best in class as the red carpet was rolled out for FTX in the year leading to its failure.

We ought not respond to the fallout with denial and vitriol as the country takes a bruising in international circles. And we are taking quite the bruising.

There must be a plan to respond appropriately to the reputational damage being caused, especially by the commentators who are speaking from a place of ignorance.

The strong criticism of the jurisdiction and questions about the strength of our regulatory regime are coming from many sources, including highly regarded news entities like The Wall Street Journal (WSJ), which recently noted, “Having regulations and enforcing them are two different things.”

It noted, too, that while it is still unclear how severely FTX’s collapse will affect The Bahamas, experts expect it will harm the country and its reputation as a crypto hub.

Bruce Zagaris, an attorney who has worked on Caribbean financial matters and international white-collar crime, was quoted in the WSJ video story, saying, “The fact that they’ve (The Bahamas) attracted the number three digital exchange and it quickly went from success to bankruptcy has jeopardized the new product and the new innovation that The Bahamas has undertaken, unfortunately.”

We cannot imagine what the prime minister is basing his conclusion on that the country will emerge with an enhanced reputation.

Time will tell, but as this sordid saga plays out, his declaration seems more wishful thinking than grounded in reality.

Growing pressures on the most vulnerable

Sunshine in the storm 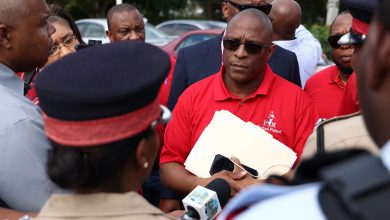