With major hotels remaining closed with no reopening date set and the resumption of tourist activity critical to the country’s economic rebound, Deputy Prime Minister and Minister of Finance Peter Turnquest said the government is now looking toward plans B, C and D to ensure the country’s fiscal position stays afloat.

Plan A is the assumed resumption of tourism by November, which Turnquest has said the Ministry of Finance had budgeted toward finally collecting tourism revenue again.

However some of the largest hotels in the country – Atlantis Paradise Island, Baha Mar, Sandals Royal Bahamian and British Colonial Hilton – have all either delayed their reopening to early 2021 or have not announced a reopening date.

When asked if there is a plan B, Turnquest said there’s a plan B, C and D.

“As I’ve said continuously, yes we are certainly hoping and planning for tourism to be coming back on stream in the November time frame. To the extent that the two major hotels are not, or don’t seem to be coming online – at least Baha Mar has given indication, I think Atlantis hasn’t said yet – that presuming that would be the case, then we would have to resort to our smaller hotels to pick up some of the slack that the absence of these two hotels will create,” he told Guardian Business yesterday.

“The demand for the jurisdiction as the Ministry of Tourism has indicated is strong. And so hopefully that will translate into increased bookings for the smaller hotels, the ones that will reopen, as well as for family island boutique properties. We also have to rely on and promote the Airbnb offerings throughout the country, which will help to take up some of that demand also. The boating industry hopefully will also create some activity within the Family Islands as well as in New Providence during this period.”

Turnquest again said that the challenge the country has is not unique to The Bahamas and is a global problem. Global tourism has taken an estimate $320 million loss of receipts as a result of the COVID-19 pandemic, with tourist-dependent economies like The Bahamas being hardest hit.

Despite this setback, Turnquest said he’s confident the country’s financial position will remain firm at least until early 2021.

“We are comfortable that we will make it through this period, certainly into the first quarter of next year based upon what we’re seeing in terms of activity at the moment and the reserves being at the level they are, which is still very, very comfortable,” he said.

“So we don’t have any difficulty in the short term, but obviously we continue to be cautious and to manage ourselves conservatively to ensure that we can withstand the long haul.”

Other areas of focus to buoy the economy during this time include fast tracking foreign direct investment projects and continued support for the domestic economy through small and medium-sized enterprises, Turnquest said.

“In addition to that, as the prime minister would have said, we are hastening efforts to have the foreign direct investment projects approved and have shovels in the ground as soon as possible. Projects like Jack’s Bay in Eleuthera and assisting them as best as we can to get moving, as well as working on our small and medium-sized enterprises in terms of assisting with funding and licensing to ensure that they can provide some baseline for us in terms of the domestic economy,” he said.

“Working all of that from the activity side, along with other initiatives that are being considered by the Economic Recovery Committee and the government, we’re working on the other side of the ledger and making sure that we are being very responsible with the resources that we do have, while at the same time providing whatever assistance that we can to individuals as well as business entities to help them through this very difficult period.”

Turnquest said the Ministry of Finance is also working with both domestic and international partners as well as multilateral agencies to come up with solutions that “will hopefully carry us through these very difficult times”.

Sandals opens its private island in the Exumas 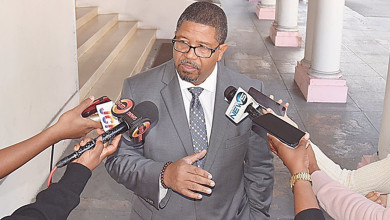 BPL budget billing still on the table; no date set for implementation 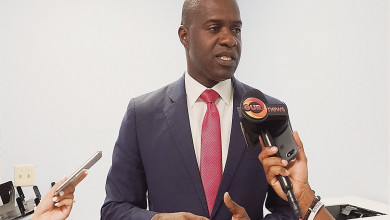 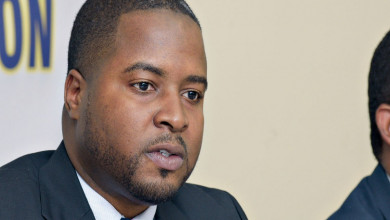