A total of eight Bahamian junior multi-event athletes unofficially punched their ticket to represent The Bahamas at the 2021 NACAC (North American, Central American and Caribbean Athletic Association) Age Group Championships, which is set for December 17-18 in Managua, Nicaragua.

The athletes competed in a number of events at the Bahamas Association of Athletic Associations (BAAA) National Youth Championships (under-13 and under-15) at the Thomas A. Robinson Track and Field Stadium on Saturday.

Moxey was a force to reckon with in the heptathlon event in the under-15 boys division. The 14-year-old finished first overall with a score of 4,600 points to make a return to the regional meet.

“I feel great. I have been training for a very long time. I am ecstatic to make the team again. There was tough competition last time. I think I will do better this time. I am ready to win,” Moxey said.

He won the 80 meters (m) hurdles with a time of 12.42 seconds and the high jump with a height of 1.65m (5’ 5”). Other events they competed in were the 80m dash, long jump, shot put, ball throw and the 1,200m race. The Queen’s College student-athlete said he will attempt to sharpen his skills before leaving for Nicaragua.

Finishing second behind Moxey was Nottage with 4,251 points. The C.H. Reeves Junior High School student-athlete said he was happy to qualify.

Missing out on the second-place position was Gee Sene who scored a total of 4,239 points to finish third.

Qualifying to make her return to the regional meet is Grand Bahamian Phebe Thompson who finished second with an overall score of 3,753 points. Finishing third was Zo’E Adderley with a score of 3,603 points.

“It was good. I worked hard for the win. I am very happy to make the national team. I hope to win when I go to Nicaragua. I’ll try my best,” Henfield said.

He hopes to improve in the high jump and the 1,000m events.

They did the pentathlon, which included the 60m dash, high jump, ball throw, long jump and 1,000m race.

Higgs finished second in that division with 2,725 points. Finishing third was Terrin Beckles with 2,585 points.

Thomas came away with the top position in the under-13 girls division, scoring 2,668 points. The 11-year-old said she was happy she made the trip from Grand Bahama. The Freeport Gospel Chapel student-athlete crossed the finish line first in the 800m race.

“It was a fun experience. I look forward to doing more of these and doing my best. It was the first time I did a lot of these events. I only did the 60m and the long jump before. I feel wonderful because I was not sure I was going to be able to make the team. I just know I was going to do my best. I surprised myself,” Thomas stated.

“I was good. It was my first time doing some of the events. I am very proud of myself. I am happy to make the national team. I was down at first because I thought I was not going to make it. I am excited and I hope I can do good over there (Nicaragua),” Deveaux said.

The long jump, high jump and 800m were new to her, said Deveaux.

Eden Johnson finished third in that division with 2,411 points. 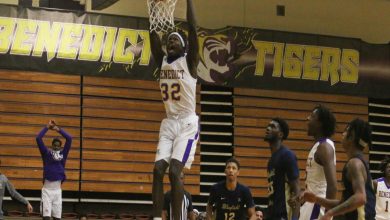 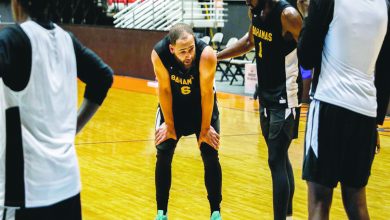 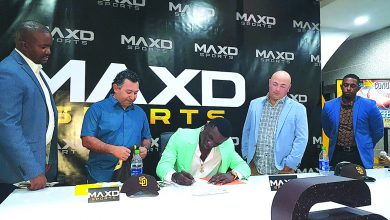