The analysis of an election loss should be dispassionate and factual.

The report recently leaked to the media purporting to be an analysis of the September 2021 snap election loss by the Hubert Minnis-led Free National Movement (FNM) was not that.

Interestingly, the report, though paid for by the FNM, was submitted to Dr. Hubert Minnis and not the party’s current leader, Michael Pintard.

A reading of the document explains why. The report was compiled by the firm that advised and strategized for the FNM campaign. So, it defended its own performance.

In 2017, self-interest led Minnis to refuse a nomination for Loretta Butler-Turner.

He did not seek and took no advice from his own team, a team that he spent his time in office decimating.

As a result, some of the most capable and experienced players left in the FNM arsenal – Brent Symonette, Dr. Duane Sands and Peter Turnquest — were removed from the scene.

When worldwide reductions in the severity of new COVID-19 infections, and the reduction of pandemic-related hospitalizations and/or deaths were mirrored in The Bahamas, they were not appropriately responded to by Minnis, who continued unnecessary restrictions that kept the economy stagnant.

His addiction to emergency powers and the silly, ill-conceived regulations had angered, annoyed and generally disgusted the population.

It is a first duty of a party leader to ensure that his party is ready for an election.

The report ignores the fact that most members of the Minnis Cabinet were as blindsided by the announcement of an early election as was the general population. In short, the FNM was ill-prepared for an election and so were its supporters.

The party, under the leadership of Minnis, abandoned many of the fundamental principles and policies of the FNM (e.g. commitment to transparency, accountability and fiscal responsibility).

The suggestion in the report that the FNM must revamp its operations to focus on constituency level issues and “turn out the vote” is laughable.

The FNM learned and won doing just that in 1992.

It took Minnis to unlearn those lessons because he feared that acknowledging the past successes of the party would diminish his greatness. But, absent the FNM’s past, he lost.

Still, he refused to seek or take counsel from party elders and former leaders. He became arrogant and said that he was going to win all the seats in the House.

The overwhelming cry from voters in almost every constituency was that they could not vote for the FNM candidate because that would be tacitly endorsing the governing actions of Minnis, and that they would not do.

Many FNMs stayed home, and some voted for the PLP.

The voting statistics bear this out by the voter turnout numbers, which were the lowest in the history of the modern Bahamas.

Any effort by Minnis, even now in defeat, to lay the blame for his election loss at the feet of circumstances, would be further proof that he is politically irredeemable.

The single issue of the 2021 campaign heard in every constituency was that Minnis had to go. 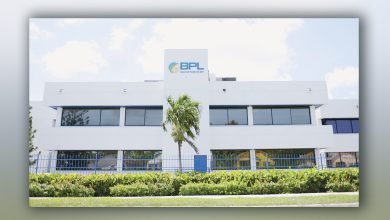