West Grand Bahama residents who have had to travel into Freeport over the past three years to have their court matters heard will soon no longer have to suffer the inconvenience.

In his speech at the recent Opening of the Legal Year, Chief Justice Sir Ian Winder said, “Much work has been done towards the completion of the new Magistrate’s Court facility in Eight Mile Rock, Grand Bahama.

“Since the passage of Hurricane Dorian, the residents of Eight Mile Rock have had to be serviced from our facilities at the Garnet Levarity Justice Centre in

Freeport. We are happy to report that this new court will soon be available for occupation and operation.”

The old courthouse was one of three government agencies in the Administrative Building, Jones Town. The post office and Administrator’s Office were also in the building.

Retired Magistrate Gwen Claude, who served on the bench in the Eight Mile Rock court for 13 years, has been agitating for a new courthouse since taking up the post.

“The original building where proceedings were heard was never properly maintained,” Claude said.

“There were leaks in the roof, mold, the air conditioning in the building was in and out of service, but we made do.”

“After the storm, we moved across the street to the building which was once the clinic and a section was used for the Eight Mile Rock Library,” Claude said.

“That was even worse than the courthouse.”

Not wanting to elaborate further on the matter, Claude acknowledged that she would have liked for the new courthouse to have been completed during her time on the bench.

“I am happy that the complex is done and the courthouse will have a proper home,” she said.

Two buildings – A and B – make up the Government Complex.

Building “B”, which is 13,000 square feet with two floors, is to be used as a courthouse, a police station and a fire station.

Building “A” is 33,000 square feet with three floors and is to be used as the Administrator’s Building to house the National Insurance Board and local government offices.

In 2016, the government signed a multimillion-dollar contract for the construction of a new government complex that will house all the government agencies for residents in West Grand Bahama, including the police station, Road Traffic Department and the courthouse.

Since that time, there have been delays in the completion of the facility including a pause in construction due to the weather conditions and the pandemic. Construction later resumed.

It is unclear when the facility will open.

In December, Minister of Social Service Obie Wilchcombe told Grand Bahama News that the complex was expected to be officially opened in the first quarter of this year.

“Having the various agencies accessible in the largest settlement in the country is an incredible change in governance and its operations,” Wilchcombe said.

“This is where opportunities exist for our people, where education and essential services will be available.”

Wilchcombe said he was pleased that both buildings are completed.

“They are a bright spot in the center of the Eight Mile Rock community,” he said.

Jones Town resident, Geraldine Martin, said knowing that all the government offices will be in Eight Mile Rock is good news.

“We needed this,” Martin said.

“As residents, having to travel to Freeport to go to court, to get your government documents and other government papers was hard. You had to go back and forth for days.”

Martin noted that many residents, particularly senior citizens in the western district, do not have access to transportation to travel to Freeport when they need assistance with a government issues.

“But now with the complex soon to be open … we appreciate this very much,” she said.

Ayton listed as day-to-day by the Suns 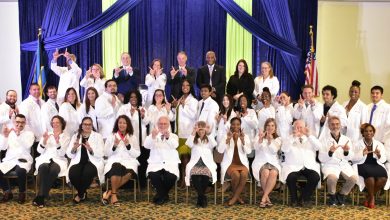 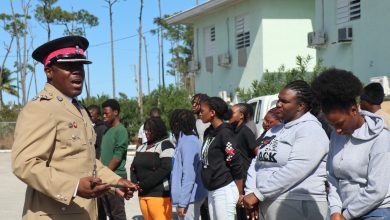 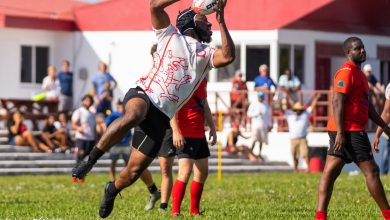 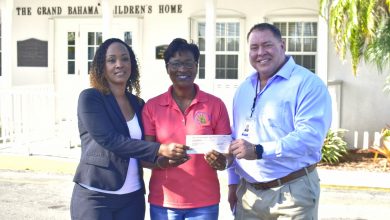 Eyeful: Giving back to the children in need in our community