Bahamian swimmer Joanna Evans had a busy year despite the COVID-19 pandemic. She swam in the postponed 2020 Tokyo Summer Olympics, the FINA (International Swimming Federation) World Short Course Meters (25 meters) Championship and in the International Swimming League (ISL) circuit. For her record-breaking performances this year, SwimSwam awarded her the ‘Swammy’ for the Central American and Caribbean Female Swimmer of the Year honor.

The Grand Bahama native broke the 400 meters (m) freestyle record in May of this year. She posted a time of 4:07.33 at the Longhorn Elite Invite in Austin Texas. At the Tokyo Olympics, Evans swam in the 200m and the 400m free races. In the latter, Evans swam her way to finish 13th in the preliminaries with a time of 4:07.50 – to miss out on lowering her own national record. She was close to lowering her own national record in the 200m when she swam her way to 18th place after clocking 1:58.40. Her national record is 1:58.03 set back in 2018 at the CAC Games in Barranquilla, Colombia.

SwimSwam is one of the premier media outlets in the world for competitive swimming, diving, water polo and synchronized swimming.

Evans also represented The Bahamas at the FINA World Short Course Meters Championship earlier this month in Abu Dhabi, Dubai, United Arab Emirates. She swam in the 200m and 400m free races where she was in the final for both races to become the only Bahamian to be in two finals at the same championships. However, she is the third Bahamian to advance to a World Short Course Championship final. The other two are Arianna Vanderpool-Wallace in 2011 and Jeremy Knowles in 2006.

At the meet earlier this month, the middle-distance swimmer finished seventh in the 400m free final with a time of 4:01.09. Evans touched the wall in 1:54.93 to finish eighth overall in the final.

The 24-year old was a key member of the DC Trident club in the 2021 ISL regular season and playoffs. It was while swimming for DC Trident this year that she broke the national record in the 200m and 400m short course meters freestyle races. She first broke the 200m record in Match 1 where she posted 1:56.63. She broke the record a few times before finally lowering it to 1:54.36 in Playoff Match 5 in Eindhoven, Netherlands. That record is still in the national record books.

The honorable mentions for this award are Honduran Julimar Avila, Bermudian Madelyn Moore, Bahamian Lilly Higgs and Jamaican Alia Atkinson. Atkinson won the award for the past three years.

Evans is done swimming competitively for the year. Her attention will turn to representing The Bahamas at the FINA World Swimming Championships and the Commonwealth Games. 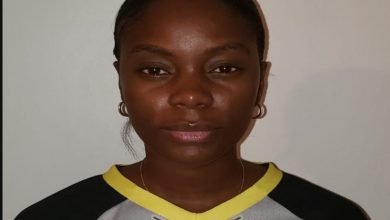