It was in 2018, that I signed on for Simply Better Gourmet Institute’s Gourmet Cooking I on a lark, for the simple reason I love to cook. I figured it would be a fun experience. I enjoyed it so much that I didn’t think twice about signing up for Chef Charles Missick’s Gourmet Cooking II when he offered it and again for an ambitious hors d’oeuvres session which was interrupted with one class left in the session by COVID-19, and which has finally wrapped. I’m now waiting to see what’s next, but as I think back over the three courses I’ve taken, I’m amazed by the professional tips and techniques that I’ve learned and incorporate into my kitchen without even thinking about it, including correcting things I’ve been doing wrong.

Trussing a chicken is one of those important tips/techniques that I now incorporate in my kitchen. Trussing simply means tying the chicken snugly with kitchen twine so that the wings and legs stay close to the body; this makes the chicken more compact which helps to it cook evenly. And talk about moist! I now never roast a chicken or Cornish hen without trussing it, so kitchen twine is now a staple, and trussing is a must.

The use of fresh cracked black pepper peppercorns is essential. I am very liberal with it because the flavor profile is so complex. It’s vibrant and more powerful than the pre-ground stuff. Servers always offer it up in high end restaurants when you receive your meal and there’s a reason for it. You just have to invest in a pepper mill.

And forget purchasing broth now – it’s homemade all the way over store bought. In a pinch, if I don’t have homemade broth available and need some, I will purchase broth, but believe you me, it now pains my heart to do so.

I’ve taken to heart Chef Missick’s tip to never throw anything away and to always look to use everything. The carcass/bones from poultry or meat whether uncooked or cooked is saved to make stock. In the past, I always threw away shrimp shells when I peeled and deveined shrimp – that was money wasted; now I bag my shells and freeze them, saving them up until I have enough to make a shrimp/seafood stock.

Whenever I braise anything now, that gorgeous, thick, rich, glistening sauce is strained and saved for future use, as I have the beginnings of another braising liquid that is intensely depth and rich to add to future braises. I made the mistake of telling Chef Missick about a beautiful veal braise that I’d done with a perfect bottle of Chianti from Graycliff Restaurant and how I had cried that I had to throw it away, when he reminded me of the strain and save rule. Lesson learned times two.

A dish I learned in class and have added to my repertoire as I’ve actually mastered it (if I do say so myself) is creamy, smooth, velvety, deeply rich and flavorful lobster bisque. In its simplest term, a bisque is a creamy puree that concentrates the essence of a single ingredient in a rich, perfumed soup. Traditionally, the base for bisque is shellfish cooked with mirepoix – roughly cut onion, carrots, a sprig of thyme and a bay leaf; and shellfish bisque follows a classical preparation. It is a complicated process designed to bring out the maximum flavor. This is one of those dishes that has become a staple in my kitchen and that my husband, who loves to order it out, says he prefers my version – which I make thicker than the restaurant offering with a flour and butter paste called beurre manié; so it’s a little heartier. The thickening trick, of course, comes from Chef Missick. Lobster bisque is one of those dishes I didn’t necessarily have to have when dining out, that I now love making at home. The chef has even admitted that the student has kept pace with the teacher with this one.

And if there’s one thing I was not looking forward to, that was the week that quiche was on the agenda. I don’t know what it is, but I had stopped eating quiche because I honestly couldn’t find a good one. But the chef reopened my eyes as to what a great quiche tastes like and why I should love it. On the day of class, he had pre-baked a few store-bought quiches which he had us sample in order to compare the taste with what we would make in class. The store-bought version literally tasted like cardboard in comparison to the silky egg custard, melted cheese and ham and greens that we used to make our quiches from scratch. I was popping those babies like candy they were so good. I give credit to the chef for making me love quiche again, as long as it is an amazing one.

And then there was the introduction to English cucumber tea sandwiches, which I knew about, but honestly was never interested in eating much less making. They were incredibly easy to make – sliced cucumbers sandwiched between buttered bread and sprinkled with salt and pepper. I wasn’t entirely sold on whether I would like it or not, but after my first bite I was delightfully surprised at how good it actually was. Don’t know if I will make again, but it’s good to know that the cucumber sandwiches do taste good.

I enjoyed sessions one and two so much, signing up for the hors d’oeuvres course which essentially would have been the third cooking class wasn’t much of a hardship. It did turn out to be quite ambitious though with so many things to get through from sweet to savory – puff pastry, mini croissants, Palmiers, sausage rolls, cheese straws, apple strudel, stuffed mushrooms, bruschetta, samosas, deviled eggs, potato croquettes – and that was just the tip of the hors d’oeuvres menu that we had to get through in six-week.

We were just about to close with the final session when the third course was shut down with one session to go due to the first case of COVID-19 confirmed on March 15, 2020. Implementing COVID protocols, I finally finished the hors d’oeuvres course and I’m eager to see what will be next.

I would encourage any amateur who loves to cook and wants to improve their skills to take Chef Missick’s classes because they are definitely informative. No matter how good of a cook you are, you will learn something new. And all of the hassle is eliminated as everything you need, besides your knives, are provided in the price.

For home chefs and people who love to cook, taking cooking courses taught by an industry expert can take your culinary skills to the next level. Whatever your motivation for wanting to take a cooking class, you can learn a great deal about great food, beautiful ingredients and proper preparation techniques while having fun.

The sessions aren’t pressure cookers, and the students in my sessions were all of varying levels, but the one thing we had in common was that we love food and were open to learning the knowledge the chef was imparting. Some people were even introduced to new ingredients they had never seen before. Some people take the class with a sister or friend, but trust me, you will make a friend or two; I even picked up a cousin – albeit not blood related – as we took Gourmet Cooking II and hors d’oeuvres together; and I went through all three sessions with another person.

Chef Missick’s classes are small group, three hours, once-per-week and interactive experiences. Pre-pandemic no more than six people were allowed per class, and in the COVID era you can definitely physically distance in the setting. Adopting COVID protocols of masks and shields, we literally finished the hors d’oeuvres class recently after being unceremoniously shut down a year ago after the first case of COVID-19 was identified in-country. 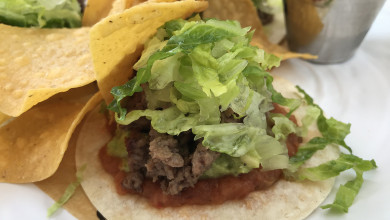 The impossible has been made possible 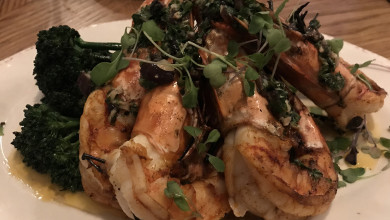 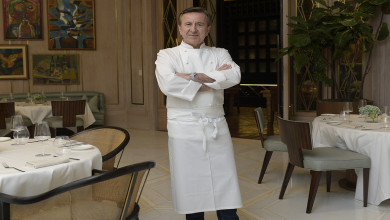 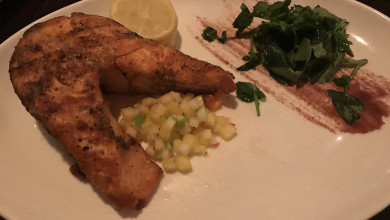