The Bahamian group that has reached agreement with The Bahamas government for a public private partnership (PPP) to manage and refurbish cultural heritage sites, including the water tower and New Providence forts, has both a signed memorandum of understanding and a signed management agreement, its managing partner Olvin Rees told National Review yesterday.

According to documents Public Private Investment Ltd. (PPIL) sent the government in 2017 proposing a management and operations agreement, the group proposed an initial investment of $30 million and the provision of 500 direct jobs and multiple entrepreneurial opportunities.

Under what was proposed, the all-Bahamian group would have full responsibility for the financial and operational obligations attached to the maintenance of these assets.

The group also proposed the assumption and immediate payment of the existing legacy debt to the cruise lines.

“This very same concept was done under the previous administration; they wanted to do it, all PLPs,” said Rees when we pointed out that this issue was raised by the Progressive Liberal Party (PLP) leader in Parliament on Monday.

“It was on [the then prime minister’s] desk for signature. I think the election came up and they ran out of time. The previous [PM] for whatever reason, he didn’t sign the document.”

Rees said PPIL has taken a non-political approach to the plan for the management of heritage sites and strongly dismissed a suggestion some are making that the current prime minister has fixed up his cronies.

Free National Movement Chairman Carl Culmer is a member of the PPIL team. That fact provides a hook for the PLP in making the cronyism claim.

In the House of Assembly on Monday, PLP Leader Philip Brave Davis said, “I am advised a private arrangement was made by the Antiquities, Monuments and Museums Corporation (AMMC) to either lease, give management or in any event to divest itself of the responsibility of what I call the cultural heritage elements, the water tower, the forts and to an entity that the principals of are closely related, one I am advised is the chairman of the FNM, the other national coordinator of the election,” Davis said.

He added, “We don’t see any apparent benefits from such arrangement.

“… You can confirm whether that is so and whether your friends are now part of that entity and what impact that has on this corporation.”

Prime Minister Dr. Hubert Minnis said it is the government’s view that it cannot efficiently manage the heritage sites. He did not give any insight into the group or what the specific plans are, claiming the legal arrangements had not yet been worked out.

PPIL’s 2017 proposal to the government for the management of the cultural sites lists its team as: Dr. Nigel Lewis (the group’s chairman), a dentist and nationalist, who has a passion for nation building and mentoring young people; Anthony Ferguson, CFAL president; Rees, a business consultant and former chairman of the Bahamas National Pride Association; Courtney Strachan (now deceased), who was a businessman and marketing expert and former chairman of the AMMC; former Minister of Tourism Vincent Vanderpool-Wallace; Culmer, a communications consultant and former telecommunications executive; Don Demeritte, a certified management consultant and former banker; Antoine Bastian, CPA, a key participator in the financial services industry and Michael Maura Jr., who was president and CEO of Arawak Port Development Company and an experienced PPP practitioner.

According to the group’s 2017 proposal for the development of a heritage tourism development product, titled, “Infrastructural Improvement, Service Delivery and Wealth Creation”, the principals are “nationalistic minded” persons, who view the government of The Bahamas’ attempts to “create a cultural renaissance” and “rejuvenate the tourism sector”, as a clarion call to arms for Bahamians to innovatively participate in the country’s nation-building endeavors.

The document said, “The group came together as a collection of business persons from diverse business and political backgrounds to dispel the commonly-held myth that Bahamians cannot work together; or do not have the acumen and financial resources to lead quality innovative projects.

“The group sees its broader purpose as providing a viable ‘stay at home’ option, when the government is seeking to attract quality and high socioeconomic impact projects.”

PPIL also listed :
– A “ready to go” path to crystallization and ‘“immediate conversion” from “cost to revenue centers”, highlighted by a $32 million initial investment, and a “rollout” of heritage tours;
– An immediate solution to mitigate monies owed to cruise lines by government, alleviating cash flow and demand pressures;
– A modern CSR (Corporate Social Responsibility) policy that commits to the provision of financial and technical support, i.e., angel funding and grants, to local entrepreneurs, to develop complementary independent “neighborhood” tour packages in historical villages, i.e., Gambier, Adelaide, Fox Hill, etc.
– A comprehensive preservation schedule for all designated sites and villages.

Rees said yesterday that Vanderpool-Wallace and Maura are no longer involved in the project.

Rees said the MOU with the government was signed within the first two years of the group working on the deal, but the final management agreement did not come until January of this year.

“And so, we’ve been working on this for a very long time,” he said. “It’s been a very frustrating process, but we didn’t give up. We believe in it.”

Noting that the forts are deteriorating, he said, “We have exciting things that we want to do to bring these things alive … We need to beef up our tourism product.”

Rees said the group has a 25-year agreement with the government for the phased-development project.

PPIL states in its proposal that its team “sees the restoration, modernization and/or effective maintenance of the referenced sites, which are seen as primary tenets of our tourism product, given their visibility and popularity, as the precursor of the launch of a vaunted/novel heritage-touristic tour product”.

It commits to creating a “cultural renaissance”.

The group said its plan is in direct response to the government’s expressed desire to utilize public private partnership arrangements to restore, manage and (economically) leverage important “iconic locations”.

Again, the government has yet to make public its agreement with PPIL.

But in its proposal to the government, the group said, “To underscore its commitment to this nationally important initiative, PPIL is willing to provide The Bahamas government with a ‘hit or miss’ guarantee, for this project. Under the terms of the guarantee, if the team does not deliver all agreed ‘outcomes’ in the specified time frames, the government has the irrevocable right to terminate the PPP agreement.”

The proposal also lists several desired outcomes of PPIL, including the proliferation of “skilled” jobs and wealth creation opportunities across youth and gender lines, as well as a major socio-economic impact in terms of employment, earning capacity and national pride.

It is not clear when the government intends to make a formal announcement on the PPP agreement with PPIL.

Speaking with National Review yesterday, Centreville MP Reece Chipman, who was fired by Minnis in 2018 from his position as AMMC chairman, said the government by now should have provided some transparency on this arrangement.

“If that is not in your mandate then you should not be looking at PPP as a way out of the debt that we are in or the situation we are in as a people.”

He said the government should lay the management agreement on the table of the House of Assembly.

The House has adjourned to September 22 though.

While he called for more transparency, Chipman said he is not opposed to the principle of public private partnership arrangements to manage heritage sites.

“I do believe in progress,” he said. “I do believe they (heritage sites) need the attention to make them properly managed and valuable to the people.” 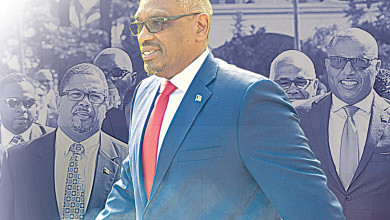 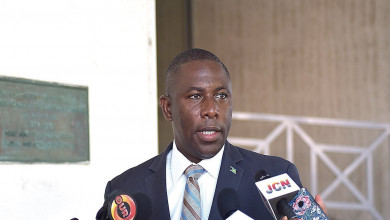 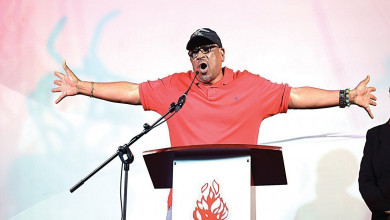