The youth of the Anglican Diocese of The Bahamas and the Turks and Caicos Islands were encouraged to believe in themselves during Mothering Sunday Service by Seminarian John Pinder. He said that it’s the spark of belief that will lead to greatness.

Using the sporting analogy that young people know well, Pinder told the youngsters that there is no difference between them and the greatest athletes of all time.

“They’ve all made mistakes, messed up and missed the mark before, so what makes them different from you? They’re not perfect, and neither are you.”

The difference the seminarian told the youth members of the diocese is that the greats, practice.

Pinder told the nearly 100 Sunday school students participating in person in the program from the 18 Anglican parishes in New Providence and those tuning in online from the Family Islands and the Turks and Caicos Island, that they, too, have to believe.

During the service, Pinder had asked the students if any of them believed they were as good as the people they think of as the greatest, and none of them had been brave enough to answer in the affirmative.

Speaking to the theme of the Mothering Sunday Service, “It Only Takes a Spark” – Pinder told them that their belief in themselves and their self-confidence is their spark.

Referencing Philippians 3:13, the seminarian told the youth that they can do all things through Christ who strengthens them.

He also reminded them to never forget that at times there will be people that will try to discourage them, and those that will try to tell them they are not good enough, but that they should try not to listen to them.

“There is a saying that goes sticks and stones may break my bones, but words could never harm me – but words hurt us, don’t they? Words only hurt if you allow them to. If you believe what other people are saying about you.”

The seminarian, who is a member of Christ the King Parish, New Providence, reminded the youth members that a boat sinks only if water gets inside it. In that vein, he said, when they allow people to “fill their head” with negativity and they actually believe what’s being said, they are then like the boat.

“When they tell you that you aren’t good enough and you believe that… when they tell you that you’re not the best or not the smartest and you begin to believe that, it begins to sink your ship. It extinguishes that spark of self-confidence that you might have and causes the doubt. Don’t listen to the voices out there. Don’t allow water to get into your ship,” said Pinder.

He told the Sunday school students that they should believe what God says about them, not other people.

“If you believe what people say, it will put out your spark.”

Pinder said they then have to take it beyond believing that they can do all things through Christ as James 2:17 says faith without works is dead.

“In other words, it’s one thing to believe in yourself, you then have to work toward it. Your dreams don’t work unless you do,” said Pinder. “You can believe as much as you want; if you think that you’re the smartest, but if you don’t study, you’re going to fail the test. You can believe that you’re the best athlete, but if you don’t make the sacrifice to train, you will never be the best.”

Pinder reminded them that failure is a part of success and if they don’t work toward it, the spark they have will never turn into that fire of success.

“You then have to work toward it. You have to try your hardest. You have to practice no matter how many times you may fail. No matter how many times you may get knocked down, you continue to practice the schoolwork – the math that seems to be so overwhelming, the English that you can’t stand, the Spanish that isn’t making any sense. You have to keep practicing it because these are the actions and they become your habits. If you keep studying, if you keep practicing, if you keep trying, success will become your habit. They will become who you are as a person, your character and ultimately you become destined for greatness.”

Pinder told the youth that they are destined to be the best. And if they believe it, they have to speak it and work toward it. Consistency he said is key and that it only takes a spark.

To the adults and youth leaders present, he reminded them that the young people present are the future leaders of the church as well as the present church and are now watching and learning how to be future leaders from the adults. He said they are following the examples set – how adults respond when people upset them, how they gossip, how they act when worshiping, how faithful they are.

He told the adults if they don’t set the right example now, they will have no choice but to follow poor leadership later when the youth take over.

“If you set the good example now, you will reap their good leadership later. It only takes a spark. Your involvement in their life is that spark. Your patience when they make mistakes – and God knows that children will make mistakes and you will need the patience of Job and then some – but that patience is the spark. The love that you show them is the spark. Your Christian witness is that spark, or your impatience can be a spark. The unforgiveness that you show to others – your anger, your lack of love, your bitterness, that can also be sparks. What spark Sunday school teachers, youth leaders, are you igniting in these young people?” Pinder asked.

Mothering Sunday Service was held at Christ Church Cathedral on Sunday, March 14. Since the Middle Ages, the fourth Sunday in Lent also known as Laetare Sunday has been used to observe Mothering Sunday. It’s also known as Refreshment Sunday, a day of respite from fasting. The day honors mothers and mother churches which depict the Christian church as a mother – nourishing and protecting believers. In 1913, Constance Adelaide Smith revived the modern observance of Mothering Sunday.

In 2020, the diocese was unable to come together for its annual Mothering Day service, due to lockdown after The Bahamas confirmed its first case of COVID-19 on March 15. 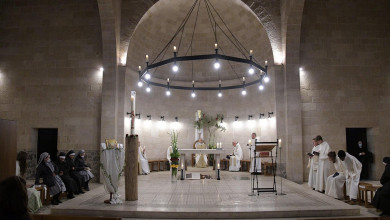 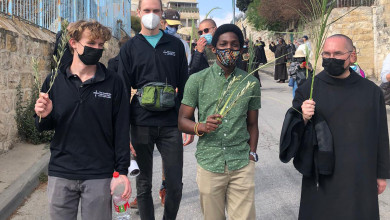 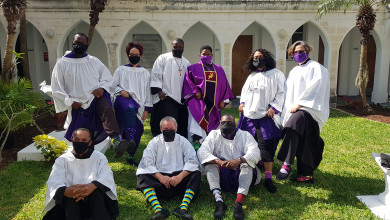