Tony Williams and Dwain Wallace may not be masters of the kitchen, but they both cop to the ability to do a “little something” – and now have newfound kitchen confidence and appreciation after a one-off class with Master Chef Charles Missick, CEO of Simply Better Gourmet Institute had the men of the Good Mornin’ Dis Mornin’ show on Star 106 Hits don aprons to prepare a three-course meal in a show of appreciation for the radio show dads who are always up for a challenge, and as a way of saying thank you to the fathers.

Williams said he came away from the class knowing that when he goes into the kitchen moving forward, that he can definitely impress.

“You can definitely appreciate the taste more,” said Williams after slicing, dicing, chopping, and stirring to make his meal.

“It was awesome. A lot of things I’ve learned I definitely did not know – so when I get in the kitchen now … yeah, I will be able to impress.”

Wallace gave kudos to Missick, saying he will ensure he gives the chef credit for anything that might taste good that comes out of his kitchen moving forward.

“The ingredients of the dish I believe kind of come to life when you do it yourself and see the whole process,” said Wallace who went into the class saying he know how to make three things. “If I knew I could learn to cook Cornish hen that good I would have started long time. Ain’t no Cornish hen taste as good as that … my my my.”

Wallace who had been contemplating taking a few courses said he now envisions more culinary classes in his future.

“It was my first class, but it certainly won’t be my last. Fathers can cook,” he said.

Anyone who loves to cook, or the person who wants to improve their kitchen skills, will benefit from Missick’s classes, which are definitely informative. No matter how much you think you know, or how good of a cook you are, you will learn something new.

For home chefs and people who love to cook, taking cooking courses taught by an industry expert can take your culinary skills to the next level. Whatever your motivation for wanting to take a cooking class, you can learn a great deal about great food, beautiful ingredients and proper preparation techniques while having fun.

Father’s Day is a time for people to celebrate the important male figures in their lives. The third Sunday in June is a day on which deserving men are shown what special place they have in a person’s life and what influence they have on them. It was with this in mind that the Good Mornin’ Dis Mornin’ show hosts, icons of radio, received special invitation to cook with Missick ahead of Father’s Day which will be celebrated on Sunday, June 19.

Although many people celebrate Father’s Day, the holiday was not completely accepted at first. But over time, people embraced the idea of the influence fathers had on their families, especially in their children’s lives.

The first Father’s Day was celebrated on June 19, 1910, in the state of Washington. However, it was not until 1972 – some 58 years after American President Woodrow Wilson made Mother’s Day official – that the day honoring fathers became a nationwide holiday in the United States.

Despite the original controversy surrounding Father’s Day, society has had a growing awareness of the importance of father.

Like mothers, fathers also like to know how much their children love them and why they think their fathers are great. 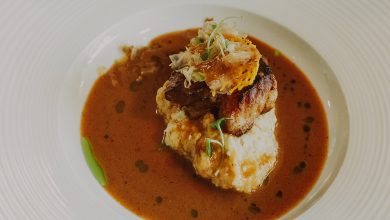 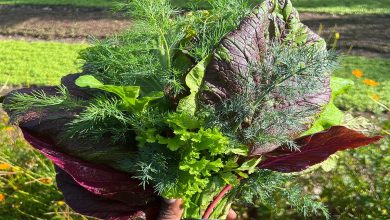