She awoke in the middle of the night to a gush of liquid exiting her body. It was blood, but much heavier bleeding than what’s commonly associated with menstruation – the unmentionable taboo.

“I was so embarrassed, I rushed into the bathroom to clean up the blood without trying to disturb my husband. He heard me, anyway. He told me it was OK and helped clean up the mess while I went to shower. That was the wakeup call for me,” said a 50-year-old professional who 10 years ago had 46 fibroids removed from her womb, ranging in size from a pea to a grapefruit.

“It’s not consistent bleeding. It’s like turning on a faucet when you stand up. I’ve had accidents at work and at restaurants where I’ve had to rush to the bathroom, to rinse out my clothes, and unable to go home to change, I would rectify the problem by tying a sweater around my waist, so people could not see the wet spot. I’m not ashamed of the diagnosis. It’s not the result of something I did, but it’s not something you freely discuss publicly.”

Associated with embarrassment and – for those who don’t understand, perhaps disgust – women are taught a culture of concealment from their very first menstrual cycle. Not surprisingly, many put off seeking medical care for a condition which could cause iron-deficiency anemia, leaving them at best exhausted, at worse, infertile and prevent those suffering in silence from living a full life.

“Forty-year-old women don’t have ‘accidents’. That’s for teens. When my fibroids flared, I went from a very short, light menstrual cycle to something completely opposite. You can feel the clots moving through your body. It was one of the best decisions of my life to have the myomectomy surgery. I was 60 pounds lighter when they weighed me five days later. They removed that many fibroids from my body.”

Globally, July is dedicated to help raise awareness and research for fibroids, a non-cancerous growth on the uterus that can show up at any time, although they are more common between the ages of 30 to 50 years old.

About 70 to 80 percent of women experience them by 50, with a quarter being symptomatic, said leading obstetrician and gynecologist, Dr. Shamanique Bodie-Williams, who works as a consultant physician in Grand Bahama’s public health system and operates private clinics in Freeport and New Providence.

“Fibroids can happen anywhere within the female reproductive tract. More commonly, it happens in association with the uterus. It is the most common uterine growth,” said Bodie-Williams. “They are more common in Black women. We know that there may be a genetic link to fibroids. Twenty-five percent of women with the condition will have symptoms. Those symptoms will depend on where the fibroids are located and their size.”

National research on the topic is lacking. Local statistics are largely anecdotal. Despite its prevalence in Bahamian society, fibroids can go under-diagnosed and under-treated leading to urinary retention; pain; problems with bowel movements; heavy, long-lasting periods, painful periods; pelvic pressure and pain; painful sex; severe anemia; clots in the legs and an inability to conceive.

These growths can cause miscarriages and complications in pregnancy as well, depending on their location.

“I have taken care of patients who have had all of those symptoms and sometimes one of the first responses that you get or that they feel is a sense of shock, like your body has betrayed you. It can be very disruptive in your life. It could impact your mental health as you navigate the symptoms and make the decision on what to do next,” said Bodie-Williams.

“A lady may want to conceive and the fibroids, if they are in the cavity, may prevent that or the fibroids may be causing such severe bleeding and pain, that it may disrupt her day-to-day life.”

The OB/GYN’s recommendation: “Get prompt and appropriate treatment.”

“Once you’re diagnosed, we have different patient-focused options depending on your symptoms and your treatment goals,” said the doctor.

“Sometimes we use medication to help with the bleeding and other times we may recommend surgical options to reduce the bleeding and control the other symptoms. A third option is a combination, where we use medication to try to shrink the fibroids in preparation for surgery. Ladies that don’t have any symptoms or they are able to tolerate their symptoms may not necessarily do anything. Your gynecologist will review the options and discuss the best one for you. No two ladies are the same. Your needs are different.”

For women who want to get pregnant, a myomectomy – the removal of fibroids from the uterus – can preserve fertility.

“Now, I can move on,” said the patient, who experienced symptoms, had her condition diagnosed by an abdomen scan and immediately opted for surgical treatment within a two-week span.

“A few of my family members have had this before. My relatives got through this, and they, too, were relieved once they had the myomectomies and moved on.”

Fibroids, however, can return. A more permanent solution is a hysterectomy – the removal of part of or the entire womb. It can be carried out in different ways, either vaginal, abdominally or via keyhole surgery.

“You have to be comfortable with your decision. It’s a tough one. Sometimes it takes patients years to come to a decision and sometimes you make that decision as soon as you find out your diagnosis. Either way, it is OK,” said Bodie-Williams.

“We as healthcare providers are here to support you. But be aware that sometimes if you leave an issue, it may worsen thereby changing the options that are available for you. Fibroids will grow with time, typically at a rate of nine percent over a six-month period. Treatment options all come with risks and benefits, so you should be aware of them all as you consider the best course of action for you.” 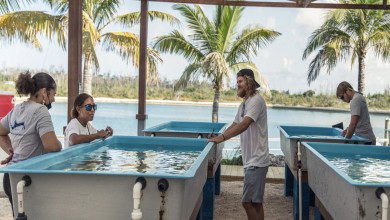 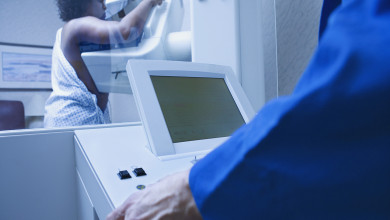 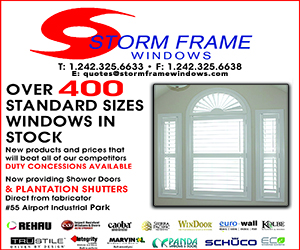