Two years ago, the government mandated in law that it is required to bring its Fiscal Strategy Report (FSR) to Parliament on the third Wednesday of November annually. But Prime Minister Dr. Hubert Minnis reported in the House of Assembly yesterday that the report will be delayed until next month, in order to present a more accurate picture of the government’s strategy, given that the COVID-19 pandemic has skewed the country’s economic outlook.

Minnis explained that because the country opened its borders to tourists this month, the government will compile the most recent and accurate data for the FSR and report its findings next month, when the tourism sector is expected to grow even more.

“While we expect the reopening of tourism on November 1 to have a growing positive impact on near-term macroeconomic conditions, the government is seeking to make use of the most current information to the extent possible to inform critical policy deliberations,” Minnis said.

“Let me reiterate that the government of The Bahamas is committed to the highest standards of fiscal transparency and accountability and is taking extra diligence in crafting our strategies for revenue and expenditure.

“Even amid these unusually volatile times, we will seek to ensure that our forecasts are aligned as closely as possible to our overarching fiscal sustainability goals.”

The Fiscal Responsibility Act was brought into force in 2018 and calls for the government to carry out a series of mandates to ensure the country maintains a steady fiscal course and is transparent in its handling of taxpayer money.

Minnis contended that the government has made good on that mandate until now, though the government has yet to produce a report from the Fiscal Responsibility Council,the independent body established by the act to evaluate the government’s compliance with the rules and principles set out in the act.

“The FSR provides the medium-term, macro-fiscal framework that underpins and informs the preparation of the government’s annual budgets,” Minnis said.

“It sets out the government’s strategic priorities with respect to revenue collection, spending and financing over the medium-term horizon.

“Since the release of the inaugural FSR in 2018, the government has continued to make good on its statutory commitment to fiscal transparency and accountability. We initiated quarterly budget performance reporting and have never missed a cycle since inception.”

Minnis said even international agencies like the International Monetary Fund have had to continually revise macroeconomic forecasts due to the economic volatility caused by the pandemic.

“As members would be aware, the important and necessary policy measures implemented to effectively manage the public health emergency exerted significant pressure on the country’s fiscal position,” said Minnis.

Cruise port construction to begin at the end of Nov. 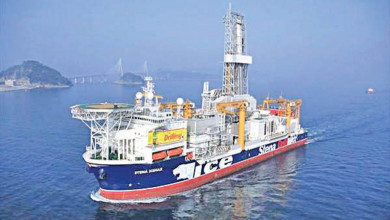 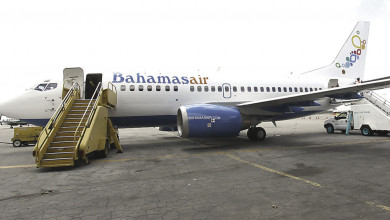