In his wildest dreams, Charles Newbold could never have anticipated that casual perusal of family albums from his youth would set him on a path to becoming a bow tie connoisseur, that would lead to him launching The BOLD Catalogue, a company through which he offers unique, bold, handmade bow ties – an accessory that has become a staple in many a fashion-conscious man’s wardrobe.

Shopping The BOLD Catalogue means unique, handmade offerings with the option to customize and bespoke. Every client has the option to have their bow tie tailored uniquely to their liking.

And wearing a bow tie – and a bespoke bow tie – provides the perfect opportunity for the wearer to put their personal stamp on their outfit, and give it character. Newbold has done just that, having worn a bow tie every day for the last decade or so.

After seeing himself in the photographs between the age of three-years-old and 10-years-old, always outfitted with a bow tie, even though he had no memories of having worn them, he said he was “struck.”

“Looking back at the photos, I found the look interesting. I was a young adult at that time, and the wearing of bow ties was not common.”

But the dapper figure he cut in his bow ties in those photos stayed with him, so-much-so that it led to Newbold going out and purchasing his first self-tie bow tie as an adult, without the slightest inkling of how to tie it.

But from that day, Newbold developed a fascination with the fashion accessory, which today has become a staple in his wardrobe. He has so many bow ties that he can literally wear a different bow tie daily for a month, and not repeat a tie.

“I started wearing bow ties around 2007 off and on – because I would still wear neck ties, but I’ve been consistently wearing bow ties from 2008. Now I feel like it’s a part of me. Bow ties and Charles Newbold III is synonymous.”

And he’s not just a classic bow tie wearer. On any given day of the week, you can expect to see him in the funky and fun; and, of course, he has to have color.

While he wears his bow ties proudly, Newbold says he is “blown away” when he sees other people consistently wearing bow ties, which have been revamped, redefined and redesigned into an accessory that any stylistically savvy individual can include in their unique look.

And over the years, the one compliment that has stuck with him he says was when he was told he was bold for wearing a bow tie.

“When you think about 2008 … a lot of young people weren’t wearing bow ties; they may have worn one to a wedding – but not every day. One of the misconceptions is that bow ties can only be worn formally. Another misconception is that bow ties are only worn by a certain age group. Depending on the style and fabric of a bow tie you can wear it any time – and whether you’re a child or adult. Age does not matter.”

When the Andros native began making his bow ties, under The BOLD Catalogue logo, he paid homage to his home town, initially making all of the self-tie accessories he started out with, with Androsia fabric. People supported him, but like him, when he first started wearing the accessory, he found that many people could not tie them. He then evolved into pre-tied bow ties incorporating different fabrics – silk, satin, and cotton as well as designs. The style in terms of shape also evolved over the years.

While he sported his creations, and witnessed other people doing so as well, Newbold realized he had a “gift to share with the world” – and in 2017, The BOLD Catalogue was created. He had “toyed” with the idea of the company for approximately two years before he talked himself into committing to the creation of the company.

“I was afraid,” he recalled. But when he made up his mind that he would do it, Newbold, a lawyer by profession’s mindset with The BOLD Catalogue was “go big or go home.”

He does not want to limit himself.

And as far as deciding on the name, The BOLD Catalogue: “One day I was having a pep talk with myself that I could do it, and I said I could be bold – and that’s when the lightbulb went off. I had to be bold, hence the name of the company. The BOLD Catalogue was me telling myself to be fearless and go after my dreams. And my name is Newbold, so I could also use it as a play off my name. But BOLD means I couldn’t be fearful.”

Newbold officially started The BOLD Catalogue five years ago, and he is pleased with the company’s advances since opening day with requests from people for his bespoke accessories, including a commercial bank which reached out to him for neck pieces for their employees’ revamped uniform. The financial institution’s male staff now wear The BOLD Catalogue bow ties and neck ties that he whipped up for them at their request.

“When I pass the bank’s branches now, all I say is yes,” said Newbold. “Persons wearing your item as a part of their uniform isn’t something I envisioned.”

He has also shipped The BOLD Catalogue accessories to New York, Atlanta, Turks and Caicos and Jamaica.

He said the request from New York in 2020 was a big deal for him because they reached out to him, even though they have many options in the United States. Newbold said he had to remind himself that the items he produces are rarely found.

And to ensure his client’s look is complete, The BOLD Catalogue also offers pocket squares.

Newbold has visions of The BOLD Catalogue well into the future and said he can see his company being mentioned against other big names in fashion.

He also looks back fondly on where he has come from, and said while people may view the bow tie as a fashion piece, that for him the bow tie and The BOLD Catalogue are symbols of something deeper.

“I graduated from high school at [age] 16 with one BGCSE [Bahamas General Certificate of Secondary Education]. I would say to young men they could be whatever they want to be and to not limit themselves. I didn’t limit myself. I colored outside the lines when it came to bow ties.”

For 10 years Newbold wore his bow ties for himself, then people started to want them. He has the demand, and is seeing the growth. Newbold said the one thing that will always remain constant, and it’s that a bow tie will always be a signature piece and a classic item.

The bow tie first entered the scene in the beginning of the 19th century – a modification of its predecessor, the cravat. By the mid 1880s, the bow tie had become a staple in the fashion staple in the conscious man’s wardrobe.

Even though it’s been embedded in history of being thought of as a male accessory, bow ties officially crossed gender lines into women’s wear in the 1920s and 30s when the look was picked up by silver screen stars such as Marlene Dietrich and Katharine Hepburn.

Newbold’s goal is for The BOLD Catalogue to be the official bow tie and bows company of the country. A dad to a daughter, he said they are in the process of creating bows for females, for the hair and dresses.

As people support him, Newbold, in turn, ensures that he displays his altruistic side and gives back when and where he can. 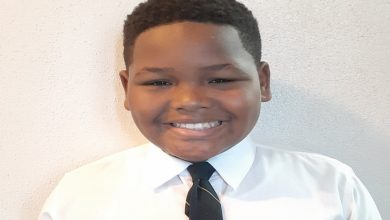