It is a different environment on campus for Bahamian swimmers Jared Fitzgerald and DaVante Carey as they engage in training sessions at the University of Tampa and McKendree University in Tampa, Florida, and Lebanon, Illinois, respectively.

The Tampa Spartans and McKendree Bearcats are preparing for competition, looking to get their 2020-2021 collegiate season underway in the midst of the COVID-19 pandemic.

Fitzgerald, now a senior, is glad to be back on campus even though it is only for lab and practices. There has been some changes to the way they train.

“I’ve resumed training. It’s been about a month and a half since I’ve been back in the pool. Some new changes include only upper classmen are allowed in the locker rooms. We have a maximum number of people in each lane, and we usually swim alternate sides (so two people on each side),” Fitzgerald said.

The Spartans are training twice per day Monday through Friday and once on Saturdays. Three days out of the week are dedicated for weight training.

Carey and the Bearcats resumed training on August 30. He said things have changed from his freshman year to this year due to the protocols in place. There are no active COVID-19 cases at McKendree but they still have to wear masks and social distance themselves. Carey said he is comfortable training on campus.

“Everything is different. For the first two or three weeks, we were split into halves,” he said. “Some start practice at 3 p.m. and the rest start at 3:15 p.m. at different sides of the pool, so as we try to limit the number of persons who are together. We cannot use our locker rooms because they do not want many of us in an enclosed area. We go in the pool, get our stuff from the deck, change and get ready to go. Other than that, it is fine. There is weekly COVID-19 testing.”

In the pool, Carey said that he and the team are still swimming like they normally swim but splitting up into the different strokes. He said he is getting his required yardage in. They train twice per day and go to the weight room twice per week.

For strength and conditioning, Carey said that there has been a complete change, not just for swimming, but other sports as well. They do not train as a team anymore but rather on a different schedule where there is one program for all the sports.

Fitzgerald’s goal this season is simple – he wants to finish off his collegiate career strong, a career he said was “long and fun”. At first, the pandemic was tough on him, he said, because he was not able to leave the house while he was home in The Bahamas. He said he made the most of that time to reflect and prepare mentally for the upcoming season.

The Spartans swim in the Sunshine State Conference (SSC) in the National Collegiate Athletic Association (NCAA) Division II (DII). On September 17, the conference made a decision to postpone swimming and basketball through December 31, due to the presence of the COVID-19 pandemic. Competition for the Spartans will now start in 2021. Fitzgerald said he heard from his coach that the NCAA meet is set to happen in late March/early April 2021.

Fitzgerald said his mind wanders on to Olympics from time to time. He has a chance to qualify for the team but he tries not to get too caught up on it. Most of it is out of his hands at this point, so he focuses on training and staying mentally strong.

Carey and the Bearcats will have their first dual meet on Friday, October 23, against Truman State University. This weekend they will have an inter-squad competition.

Last year was a busy year for Carey as he spent most of it in the water. He was on the CARIFTA team, the CCCAN (Central American and Caribbean Swimming Federation) team, the Pan American Games team and the FINA (International Swimming Federation) World Junior Swimming Championships team for The Bahamas. Also, he started training for his freshman season at McKendree. The pandemic gave him a much needed break mentally and physically, he said.

Fitzgerald was also a member of the Pan American Games team for The Bahamas. Both Bahamians qualified for the NCAA DII Swimming and Diving Championships back in March of this year. The meet got underway but was cut short because of the COVID-19 pandemic.

This season is different from other seasons they were in the pool. A good sign is that both of them are able to get in the necessary training as they prepare for upcoming competitions. 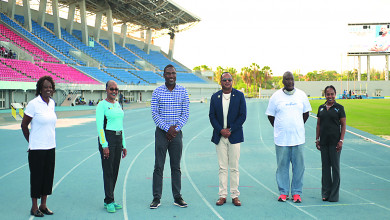 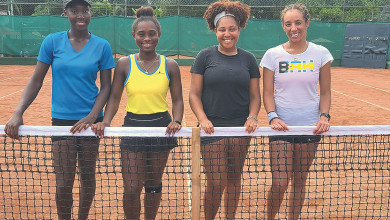 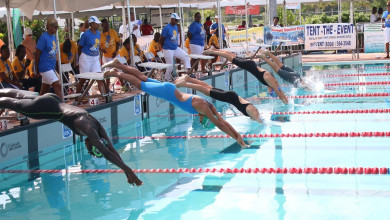 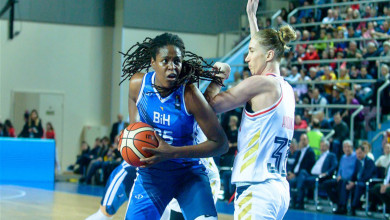